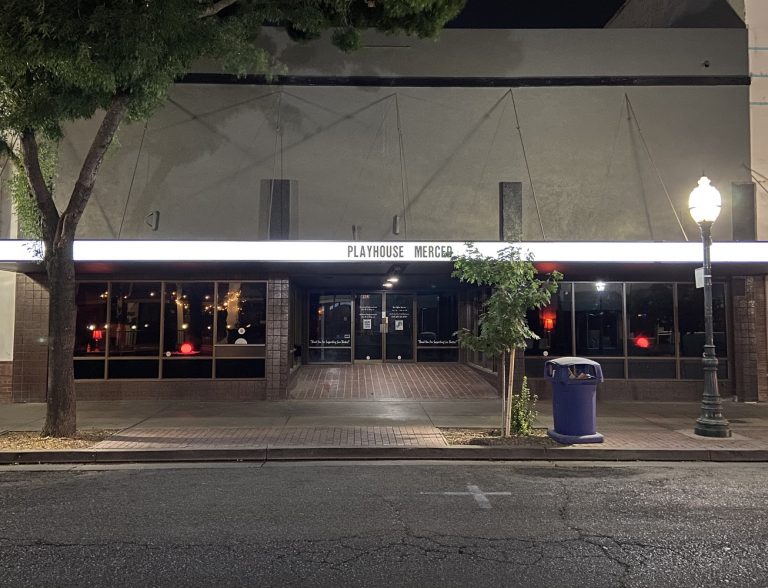 Without shows on stage, Playhouse Merced faces the loss of a significant amount of income to stay in afloat. 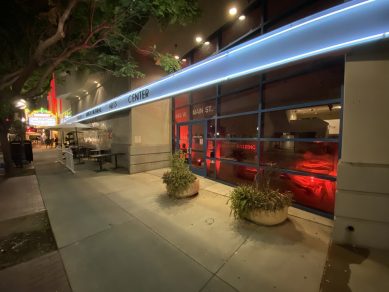 The Multicultural Arts Center reminds residents it wants to emerge from the darkness of the current pandemic. 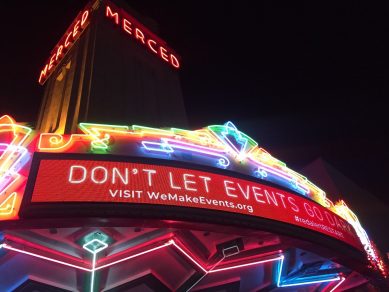 The marquee of the Merced Theatre is lit up with a message for Red Alert Day.

Buildings, structures and residences nationwide were lit up with red lights on the evening of Sept. 1, Red Alert Day.

The goal was to raise public awareness that the survival of the live events industry is at stake as a result of the pandemic, which has shuttered live arts and entertainment venues since March.

“We have wonderful venues in downtown Merced where people can enjoy arts and connect as a community,” said Anthony Braxton, Playhouse Merced’s interim managing director. “These include not only Playhouse Merced, but all of Merced’s live arts-providing organizations, such as the Merced Theatre, Merced Multicultural Arts Center, Phoenix Creative Collective and the Merced Symphony.  Also shuttered are live arts events at Merced College, UC Merced, and all the local public schools.

“We realized we all make our living by gathering large numbers of people in indoor spaces.  These venues were the first to be shut down, and will be the last to reopen.

“It was clear the arts venues in Merced needed special attention. We will be closed until people are 99.9 percent sure they’re safe attending in-person events. We’re still going to be waiting until everyone has the opportunity to get the vaccine because we put people close together in an indoor space in the dark.”

“We wanted to make people aware we’re still here and still viable, but we’re going to need the community’s support to come out the other side of this.

“On Red Alert Day, Playhouse Merced, the Merced Multicultural Arts Center, and the Merced Theater all lit up their spaces.

“Everybody went all out for this, and I thought it was a beautiful expression of love for the art and theater agencies. It was a really unique thing to happen in Merced.”

Describing the conversations and understandings leading up to downtown Merced’s participation in Red Alert Day, Braxton told the Times, “There hasn’t been any conversation in either public or government circles about what has happened with live event spaces.

“We asked ourselves how could we come out on the other side and still have Playhouse Merced up and running and viable for the community?  We’ve been here for over 30 years.  We’re very unique in having a theater that has been around that long that does the work we do.

“We had been talking as non-profits about how each of us is doing, and we know if we can raise awareness and continue to do these things together, we’ll be okay.

“Most of the arts venues are driven by non-profits, and as a non-profit we have the capacity to go to people and ask for money. That’s how we fill the budget.

“Almost any non-profit theater organization generates about 40 percent of the income needed from ticket sales, and the rest is left up to giving or other revenue streams. “We were providing services to schools, but when the schools shut down for in-person learning, we no longer provided those programs in schools. There went 60 percent of our income, and we knew we needed to fill that.

“Also, if we’re not producing shows, our income goes down.

“Initially, there was a lot of concern about these organizations surviving. We laid off all our staff except the three full-time people we had here. I think the MAC had to lay off a bunch of staff, and the Merced Theater only has one person working.

“I don’t think any of us are about to go under, but we recognized we need to have a plan because it will be well into 2021 before we’re open.

“I received a notice from the American Association of Community Theaters and its focus included the live events industry, such as big producers and big live event arenas like the Save Mart Center, and it described the red alert event.

“Red alert started with a focus on the larger live events industry, but people were quick to recognize that it included theaters and community theaters.  The notice came to me as a community theater, and no one at the MAC and the Merced Theatre knew about it. But they are clearly included in live events.

“So we took advantage of this national day, Red Alert, and decided to pull together some union members and non-profit members and have red lights in, on and around the buildings from 9 p.m. to midnight on Sept. 1.”