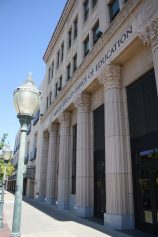 The Mondo Building on Main Street in downtown Merced. 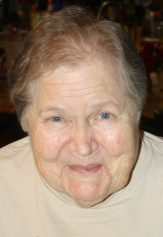 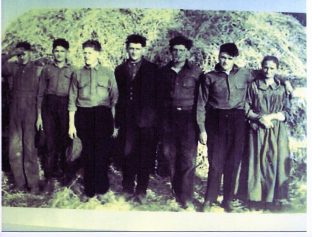 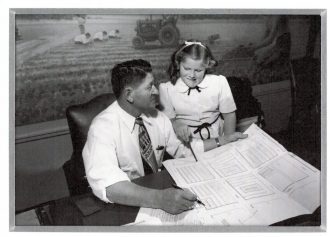 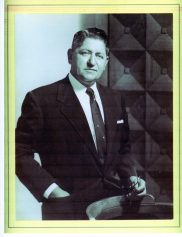 EDITOR’S NOTE—In a previous story about The Mondo Building, we wrote the building was built by Gene Mondo. That was incorrect. It was built by the Bank of Italy, exactly the same as another building in San Francisco. It was the Bank of Italy when it opened in 1928; however, during the second World War, when Italy became a member of the Axis, the name was changed to Bank of America. Gene Mondo later bought the building from Bank of America.

Gene Mondo was a developer and he built the Westgate Shopping Center, and at one time owned a large part of what in the early years was nicknamed Spaghetti Acres, from south of the Southern Pacific tracks, where the packing shed were located, to the north at Bear Creek.

He was a generous man and donated the land on which the Fremont School now sits. He also developed the Westgate Shopping Center with Gottchalks, their first satellite store, as its hub in the 1960s.

His daughter Joann “Mondo” Solga was interviewed recently on what things were like in the Mondo family, and what happened after her father passed away, and she had to deal with much of his estate. Joann is now married to John Solga and they live on Bear Creek, close to where her family once lived.

Her mother, Marguerite, was fro Kentucky. When her southern family was told she had married and Italian, they said the least you could have done was marry “a white man.”

Joann had one sister who entered the Peace Corp when she was young. Her brother, Robert, moved back to Merced to join in the family business.

She worked for her dad helping him manage the Mondo Building and his other assets until he died at 74 in 1978. She took over the management of the estate after that.

The Mondo Building became vacant during a time when many businesses left downtown Merced for the Westgate Shopping Center and the Merced Mall. The city tried to keep this from happening, but to no avail as businesses found that people wanted to shop in north Merced, not downtown.

Joann Mondo had problems managing the The Mondo Building. One day she recalls the whole basement was flooded. They had pumps in the basement and these pumps normally took care of the water which accumulated in the basement. The drain got stopped up when the city was working on improving Canal Street. The water from the Mondo Building basement had no place to go until the city corrected the error.

In the 1990s, Joann Mondo and family sold The Mondo Building to the city for $400,000 — a very cheap price. The city wanted the building and it was in the era of Downtown Redevelopment funding, so the city had money to spend.

At the time, there was a fear that an earthquake might occur in the region, and it might topple the building. “We had one shaker,” said Joann Solga but it had little effect on the building. “The building had a strong foundation,” she added.

When UC Merced moved into The Mondo Building a lot of seismic work was done to make sure there were no problems with earthquakes.

Three years ago, the Merced County Office of Education bought The Mondo Building for $3.3 million, and then spent more than $2 million to renovate the building. It’s now used as a center for teachers and educational conferences, among other office uses.

The Canal Street entrance to the building still has the name Bank of Italy, if one were to look closely. Joann Mondo Solga also wrote into the contract of sale to the city that the building would henceforth be referred to as The Mondo Building, in honor of her dad.

She is glad to see that it has become a cornerstone of downtown Merced.