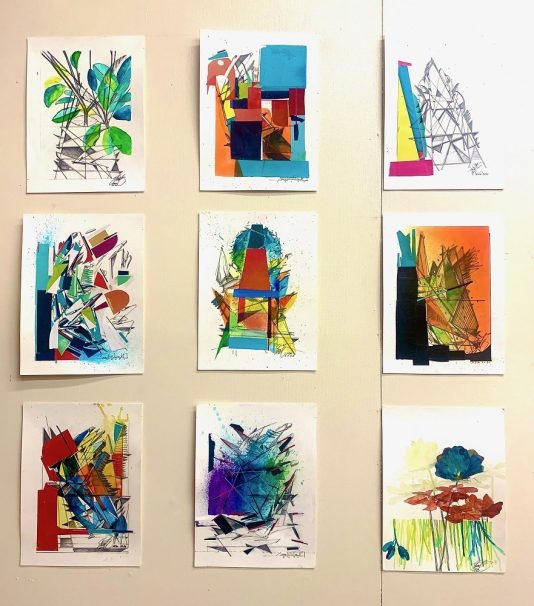 The exhibit ‘Next Stop … Tijuana’ is currently on display at Kreepy Kawaii Designs. 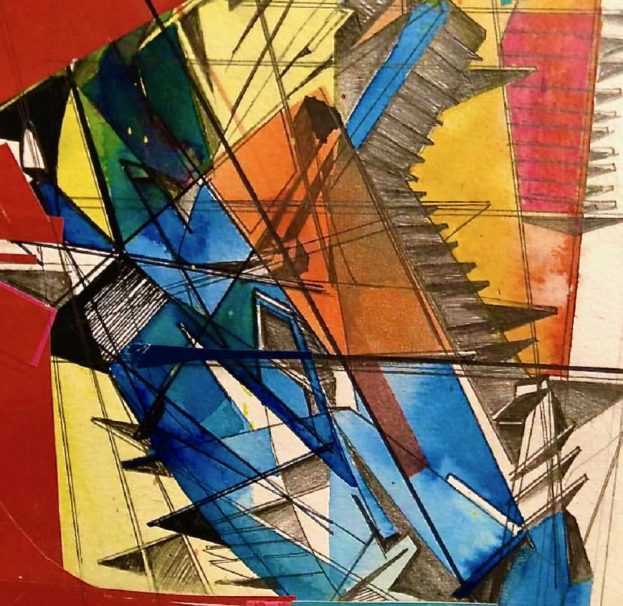 The exhibit ‘Next Stop … Tijuana’ is currently on display at Kreepy Kawaii Designs.

Shente is an urban graffiti artist born, raised, and based out of Tijuana, Mexico. His latest collection “Next Stop …Tijuana,” is currently on view at the gallery on 1731 Canal St, Tuesday through Saturday, 1 p.m. through 6 p.m.

Shente’s artwork will be on show until July 14th. Residents are encouraged to stop into Kreepy Kawaii and shop for original pieces.

The artist’s latest collection features a mixture of framed and unframed mixed media inspired by his time growing up in the diverse culture of a border city, the unknown language of the architectural design of the buildings in Tijuana, a curiosity in expanding the boundaries of lettering in graffiti, and his love for the architecture in New York.

“Tijuana is a mesh of all the cities in Mexico,” Shente began to explain. “The architecture specifically. ‘Graffitectura’ is putting together the idea of graffiti and architecture. The idea grew from wanting to begin the construction of a language. Because in Tijuana, there is no real architectural design, there is no style to suddenly recognize it as being from Tijuana, as you would Mexico City, Puebla, or Oaxaca.”

Shente went on to explain how buildings created in the 1950s were left with rods poking out of their roofs with the idea that in the future, there would be an added story added to the first floor of the building. Because of this, buildings in Tijuana can often be found having different architectural designs on each story as they were created during separate times. The rods were always left uncovered as the possibility of building up is endless and remain an option for the homeowner to decide. The idea of future growth or “rods” is another element Shente has implemented in his artwork, as can be seen in several of his prints.

“Connecting that with my favorite city at the time — New York,” he continued, “I was so influenced by so much of the city. They have this great architecture with high rise buildings. Their graffiti was shown in a panel style on the trains, everything was really readable, but no one was doing pieces going up like a tower.”

His time in New York further influenced his experimentation with the lettering he would later do in his prints and graffiti.

Through his artwork, Shente speaks the language of Tijuana.

“I attached my lettering to my influence and liking of architures like Santiago Calatrava, Zaha Hadid, Frank Lloyd Wright, Frank Gehry, all incredible architects. When they talk about architecture, they talk about the soul of the building itself — and I think the same way of the letters. When you do graffiti, I think it should have your energy in there.”

“I’m trying to tell my story, not in a written way, but in pictures, designs, lines, and color,” Shente concluded.

The 46-year-old artist is happy to have transformed his artwork over the years and is gearing up for his next show in Oaxaca, Mexico at the end of the month.

For more information on the artist you can find him on Instagram @shentehem.

Enjoy our Symphony live, in-person at the Merced Theatre!