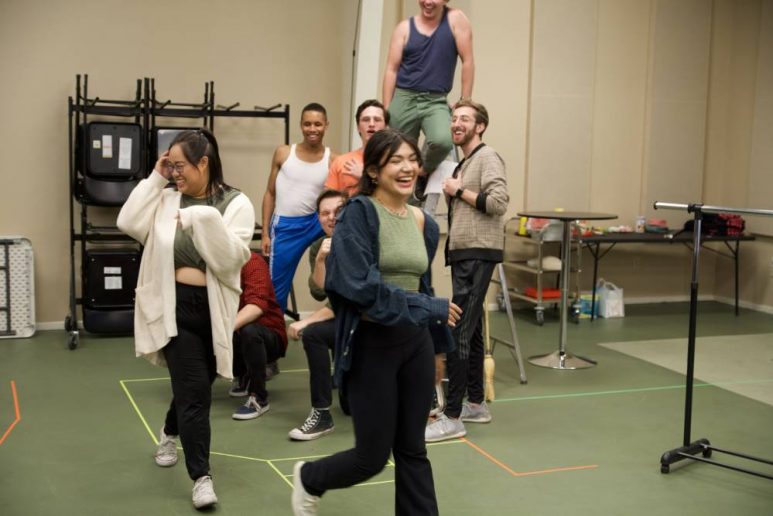 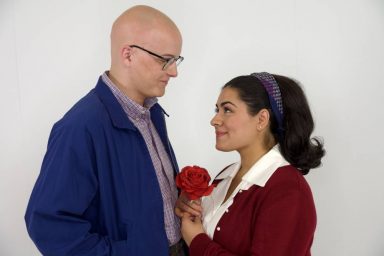 The music and lyrics were written by Benj Pasek and Justin Paul, and the book was written by Peter Duchan, based on the screenplay by Bob Comfort.

“Audiences should expect the unexpected in this production,” says Jerry Lee, SRT’s Associate Artistic Director and director of this production. “It’s a quirky and surprising musical. It feels sometimes like a play with music and sometimes like an opera; it never lacks drama or romance. I think it’s a highly inventive, rhapsodic piece.”

The script has been praised by countless critics and nominated for numerous awards, winning the Lucille Lortel Award for Best Musical. Composers Benj Pasek and Justin Paul have written some of our great contemporary musicals including Dear Evan Hansen, La La Land, and The Greatest Showman. They are often lauded as the Rogers and Hammerstein of the 21st century producing musicals that are emotionally, and physically, demanding to sing and experience.

Dogfight is an unpredictable romantic musical and perfect for date-night or ladies-night-out audiences, or anyone interested in historical fiction. On November 21, 1963, three Marines fresh from infantry training, on a 24-hour leave in San Francisco before shipping out to Vietnam. It is then that Corporal Eddie Birdlace meets Rose, a waitress he uses in a cruel bet made with his fellow recruits. But Rose flips the game and teaches Eddie a lesson in love and compassion.

Dogfight previews at the Fallon House Theatre in Columbia State Historic Park at 6:30PM on Sept. 1 and 2, and 2PM on Sept. 3. The show opens Sept. 3 at 7PM and will be followed by an Opening Night Celebration at Inner Sanctum Cellars Basecamp (free with admission to that evening’s performance). Regular performance times are Wednesdays at 12PM, Thursdays at 2PM, Fridays at 7PM, Saturdays at 2PM and 7PM, and Sundays at 2PM through Oct. 2.

For more information about Sierra Repertory Theatre, please visit www.SierraRep.org or call the Box Office at (209) 532-3120. The Historic Fallon House Theatre is located at 11175 Washington St. in Columbia, California. Both theaters are air-conditioned and ADA accessible.