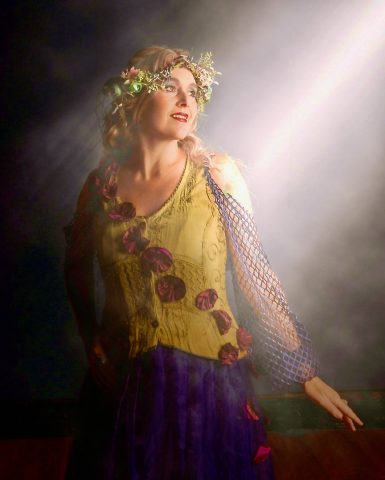 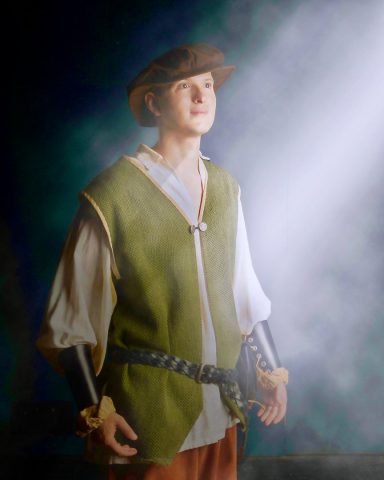 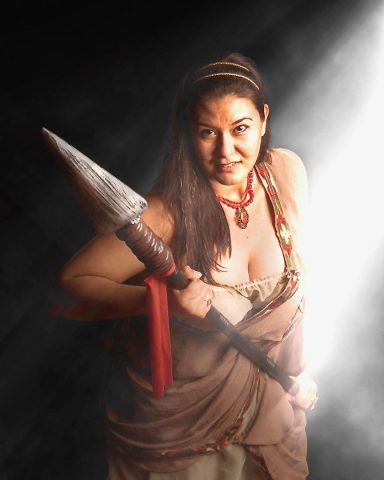 This coming weekend you can see magical fairies hiding in the woods, simple and funny workmen putting on a hilarious play, and watch the Queen of the Amazons getting married to the Duke of Athens, with two other couples.

It is all on the stage of the beautiful Merced Theatre in the colorful, exciting production of the popular “A Midsummer Night’s Dream” by Merced Shakespearefest.

Cheney McGee plays the bellows mender Flute, and also Thisbe, the love of Pyramus in the play at the Athenian court. This is the first time he is in a play with Merced Shakes; he even dances, pirouettes, and dies on stage. He had musical training at Merced College and CSU Monterey Bay.

Claudia Boehm plays the Queen of the Amazons and is a compassionate champion for women. Claudia has done some filming in the last two years, in Merced Shakespearefest’s bilingual Richard/Ricardo II, and Don Quixote. She also performed in “Pericles” this March at the MAC.

These actors all live in Merced, and you can see them and the rest of the talented cast on the weekend of Sept. 30, Oct. 1 and Oct. 2.

That’s Friday and Saturday at 7:30PM, and Sunday at 2PM for ONE weekend only.

All Aboard Polar Express! Next Stop: Merced Theatre