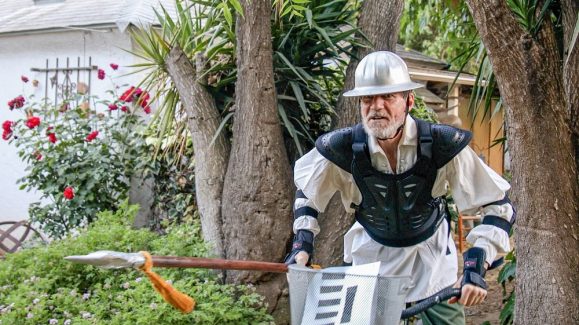 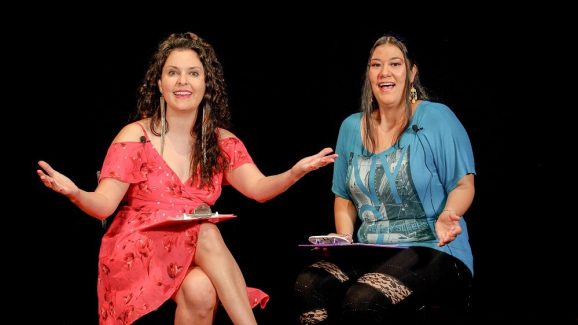 Bristin Jones and Claudia Boehm as the Spanish TV journalists.

This 20th season is a busy time for Merced Shakespearefest!

Not only are directors and editors, dramaturgs and composers working on post production for the bilingual web episodes of “Don Quixote de La Merced,” which was filmed in May, but Artistic Director Heike Hambley is working on the concept of this year’s FREE Shakespeare in the Park.

It’s working title is “Love, Laughter & Song,” put together out of several segments with musical numbers, dance, and the Bard’s beautiful poetry. You could call it a Shakes Variety show. More details to come, but mark in your calendar those weekends in September: Sept. 11 and Sept. 12, Sept. 18 and Sept. 19; Saturdays at 10 a.m. and 7 p.m., and Sundays at 7 p.m.

The modern adaptation of Don Quixote here in the Central Valley will premiere in a few weeks free on YouTube. The production is directed by William Wolfgang and Angel Nunez, filmed and edited by Shawn Overton, with a big cast of local actors and David Hambley as Don Quixote.

For more information, call 723-3265 or go on www.mercedshakespearefest.org.