After nearly a two-year remodeling project, and amid a backdrop of socioeconomic uncertainty, the historic Tioga building in downtown Merced has opened its doors to new apartment tenants.

The Tioga — as it is called today — has kept its original splendor while transforming into a luxury apartment location at corner of  Main and N streets. It’s part of a trio of big restoration efforts in the vicinity, including the Mainzer Theater and the El Capitan Hotel, with the latter two set to open later this year.

Alex Albertoni was one of the first tenants to move in on April 1. She parked a trailer full of furniture and boxes right outside the main entrance, and her father and brother-in-law helped carry her belongings through the stately lobby area, up the elevator, and into her new apartment.

“This is an interesting time to move in,” Albertoni told the Times. “Aside from all that is going on, everything is moving along right on schedule.”

Albertoni works for a law firm that’s a few blocks away from the Tioga. She looks forward to walking to and from work, meeting her new neighbors, and immersing herself in the art and entertainment culture that downtown Merced has to offer. She also

As a fan of craft beer, she is thrilled that Fresno’s Tioga-Sequoia Brewing Company is opening a taproom on the ground-floor storefront space.

“I’m not sure if I’ve tried their craft beer, but I’m excited to try it,” she said.

Alexis Bondch, the Tioga manager, says tenants will experience some minor construction work that should be taper off by summer.

“Construction is still being done on our Mezzanine Level that will feature tenant recreation space,” she explained. “It will be a fun space that will take up an entire floor of our building.”

The Mezzanine will feature meeting rooms, co-working spaces, a kitchen, a ping pong table, and a movie screening area.

Bondch is also happy to finally move into her own apartment on site.

“I love it here,” she explained. “It is cozy, comfortable, and quiet. I also have an amazing view from my window.”

She says one of her favorite parts of the restored interior is a framed blueprint of the building when it was designed as a hotel in the 1920s.

“It’s really old,” she said. “You can tell by how thin the blueprint is.”

Along with the framed blueprint, the lobby of the building is full of fun and historic art pieces. One small side of the lobby is dedicated to framed pictures of famous hotel guests, while another wall is adorned with a framed collage of California postcards.

The outside of the building has been painted a creamy beige, and the trimmings painted a dark olive. An updated sign was added to the building last December, introducing the new phase the Tioga was entering.

The rebranding of the building features luxury studios and one and two-bedroom apartments that are currently available for rent. Each rental space comes with washer and dryers, stone countertops, and views of downtown Merced.

Bondch looks forward to lounging in the lobby and meeting the rest of the tenants.

“We are also still looking for businesses who would like to rent out our retail space for our cafe and fitness center,” she said. 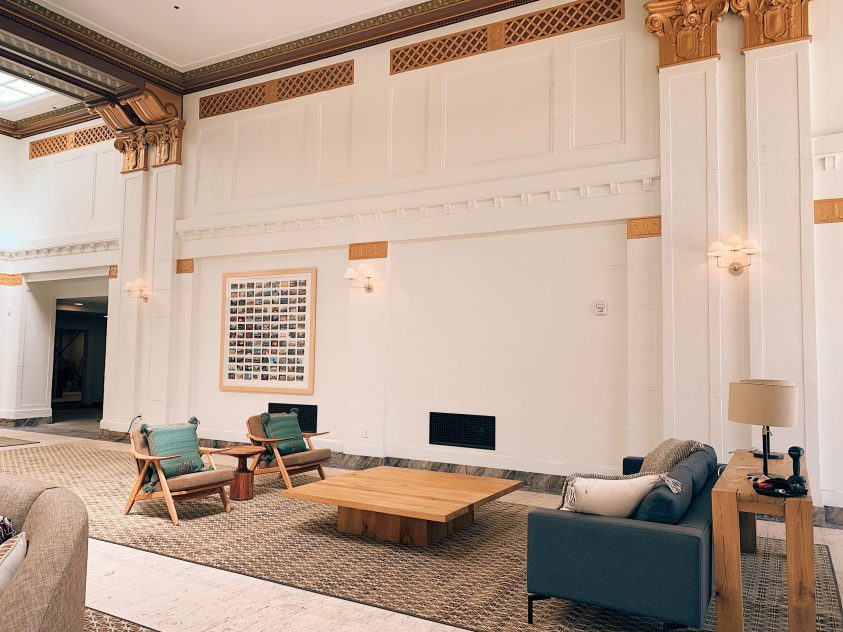 The spacious design of the lobby invites tenants to study, work or just relax in an open space. 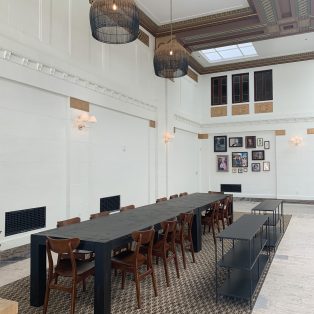 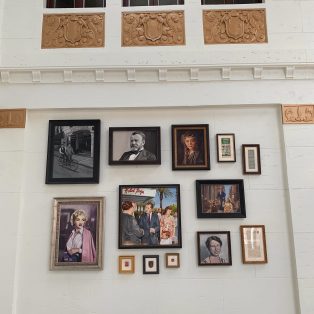