Sheep along the countryside.
Culture

Reflection: Two And A Half Years Of Living In Merced

By NILS SKUDRA
Special To The Times

More than 10 years ago, after graduating from high school in the Bay Area, I moved to Merced to begin my undergraduate studies at UC Merced.

Upon visiting the campus, I was profoundly struck by its remoteness, the simple beauty of its agricultural surroundings, and the fact that the university was situated on previously ranch lands.

This was markedly different from the hectic urban, cosmopolitan atmosphere of my home city of Berkeley. The campus’ small size made it very easy to navigate and the rural scenery imbued it with a very peaceful and tranquil feeling. Together with the warm and welcoming attitude of the university staff members, this contributed to my decision to choose UC Merced over UC Santa Cruz (where I had also been admitted) as the place to start my collegiate career.

Over the next two and a half years, as I became acclimated to living in Merced and its intense summer heat, I found many positive aspects that endeared me to this community in the Central Valley.

Driving down the country road to the UC Merced campus offered an opportunity to leisurely take in the surrounding scenery of the countryside dotted everywhere with black and white cows, and the low-lying enormous cumulus clouds.

I’d never seen vistas like these back in Berkeley. Instead I was accustomed to hectic traffic, lots of noise and chaos, all admittedly very stressful and anxiety-inducing. Seeing wildlife close up, like birds of prey, coyotes, and snakes, gave me a different mental narrative. It seemed I could get closer to nature in my new city and feel safer and happier in a visibly slowed-down life where I could freely listen to country western music without condescending remarks from my intellectually top-heavy Bay Area friends.

The tranquility of Merced’s rural environment was also reinforced by visits to many of its scenic landmarks. One of the most notable of these was Lake Yosemite, which was located behind the UC campus.

Since I had grown up living by the San Francisco Bay, walking my dog Beauregard by Lake Yosemite was a refreshing and relaxing activity, particularly in the evening when I could observe the beautiful sunset over the water and cadres of waterfowl on its shores.

In some ways, it was a reminder of the times when I would walk by the water while living in the Bay Area, except it was not highly populated and polluted with the by-products and waste of its human visitors. Other landmarks included the historic Merced County Courthouse, the ornate and lovely Laura Fountain in Applegate Park, large stretches of vineyards, and old architecture dating back to the 1920s.

Merced had a feeling of antiquity about it that I liked which Berkeley, much newer and grittier, did not.

Living in Merced initially presented a profound culture shock for me in many ways since it was a rural community with a small-town feel and an extremely large Spanish-speaking population.

At times I felt like I was living in a foreign country due to these demographics such as the innumerable Hispanic businesses and markets. Sometimes, in fact, I was the only Caucasian person in a public place and was grateful that, having been raised by a Peruvian babysitter, I could speak the language myself with some dexterity.

I came to appreciate this experience of being in a diverse community and the opportunity to therefore perfect my Spanish with native speakers. In addition, the small-town feel of Merced was very appealing since I would often encounter people whom I’d met in the market or downtown, and there was thus a sense of friendliness and unpretentiousness that was not quite true of Berkeley.

One of the friends I made in Merced reflected: “I think one of my favorite things about this town is that it retains its ‘small town’ feel even though it is technically not a ‘small town.’  People are interconnected through many venues such as work, children’s activities… and friends of friends.  Often you will hear a story about someone in town who you personally don’t know, but through others, you find yourself connected in some way. Geographically, Merced is located in a prime area in California, close enough to the coast and the Sierra mountains (both 2 hours away), and close enough to a larger town such as Fresno or Modesto.”

Many of my friends in Berkeley would tell me, “There’s nothing to do in Merced,” but that was never my experience.

I took to heart one of my mom’s favorite sayings: “Bloom where you are planted.”

I deliberately worked hard on inventing a new life. I frequented the numerous excellent ethnic restaurants – Nagame, J & R Tacos, Thai Star and Taste of Little India. I became actively involved with Playhouse Merced, whose theater productions I would regularly usher or perform in. I attended outdoor performances held by Shakespeare in the Park which I enjoyed immensely. In addition, I would sometimes go to cultural events at the Merced Multicultural Arts Center and the Merced Theatre (now called the Art Kamangar Center). The Merced Theatre was particularly intriguing because of its historical background which dated back to the Great Depression, and the beautiful combination of Art Deco and Spanish Colonial Revival influences that comprised its aesthetic structure.

I reveled in the fact that I was able to change (city) horses in the middle of a stream and ran down to a local, mostly Spanish-speaking flea market, and bought several cowboy hats and a pair of knee-high muck-raking rubber boots for only $10 which I was told “would be good for cleaning out a horse or pig stall.”

I didn’t find myself in either but in case I ever did, at least I knew the boots would come in handy.

Some other activities that I enjoyed while living in Merced included going to the fall pumpkin patches, the little roadside stands which carried fruits and vegetables, buying persimmons at a neighbor’s home, taking day trips to neighboring cities and towns such as Modesto, and dining at the Mennonite-run Jantz Bakery in Atwater which featured the very best chocolate cream pie I have ever had.

Due to my passionate love of military history, visiting the Castle Air Museum in Atwater was an intriguing experience since I had the opportunity to see planes from World War II, the Korean War, the Cold War, and contemporary times. I even learned that one of the planes, the B-29A Superfortress, was said to be haunted by a spirit known as “Arthur” who reportedly made footsteps and knocking sounds from inside the plane and turned its lights on and off.

In Modesto, I enjoyed attending productions at the Gallo Center for the Arts, especially Hal Holbrook’s one-man performance of Mark Twain. Meeting Mr. Holbrook in person after the show was a tremendous honor since I had previously seen him in various films.

One favorite sight in Merced was the presence of numerous red and pink crepe myrtles which are everywhere visible in the city. Whenever I would go to the Raley’s, which sported many of them in its parking lot, I made sure to purchase an order of their succulently good fried chicken for dinner while remembering to appreciate the beauty of these exotic-looking trees. I had never seen crepe myrtles in Berkeley, so my exposure to them in Merced was a new experience which I deeply cherished. I took lots of photos of them to send back to friends and family who remarked that they looked “other-worldly” which, in fact, they do, and I bragged about the orange and lemon trees in my back yard – which none of them or their families ever had.

I also loved going to the various parks in Merced for a walk with Beauregard. One of these parks was a wide-open field by the Rivera Elementary School, which was conveniently located only a short walking distance from my house. I took Beauregard to this area on numerous occasions. Another park that Beauregard absolutely enjoyed was the Merced Dog Park, which included a gated section where small dogs could roam off-leash. Here Beauregard could run free and mingle with other dogs his size, and he made a variety of canine friends. Although he had the opportunity to run off-leash in other open parks or walk along bike paths, Merced Dog Park was undoubtedly Beauregard’s favorite. I always noticed how down-to-earth and friendly everyone was and curious about the only apparent Bichon Frise in the entire city which I was all too happy to answer questions about.

While I ultimately moved back to the Bay Area after transferring to UC Berkeley, my first two and a half years of college in Merced constituted an amazing and remarkable experience that has remained etched in my memory.

Through this experience, I got to have a taste of relaxed small-town living in a rural environment, which was profoundly different from the urban cosmopolitan setting that I had grown up in.

While returning to Berkeley brought me back into contact with the artistic institutions and ocean scenery that had been a hallmark of my formative years, I will always recall the tranquil country road drives, the numerous Hispanic markets and their denizens, and the sense of quiet and small-town familiarity that characterized my life in Merced.

In light of these experiences, together with my academic accomplishments at UC Merced, I can proudly say that I will always consider Merced my second home. 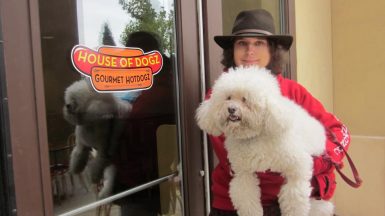 Nils Skudra with his pet dog Beauregard in Merced. 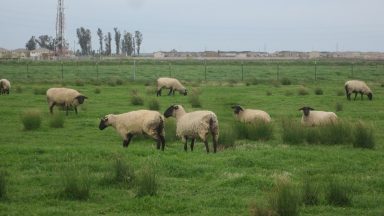 Sheep along the countryside. 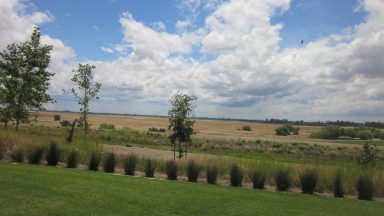 Ranch lands surrounding the city and the UC Merced campus. 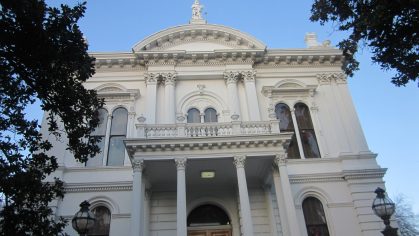 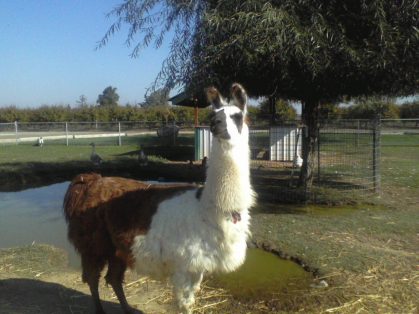 A llama at a petting zone in rural Merced. 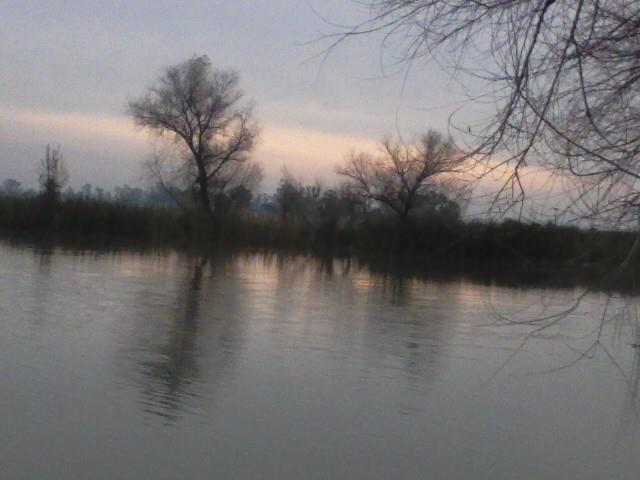 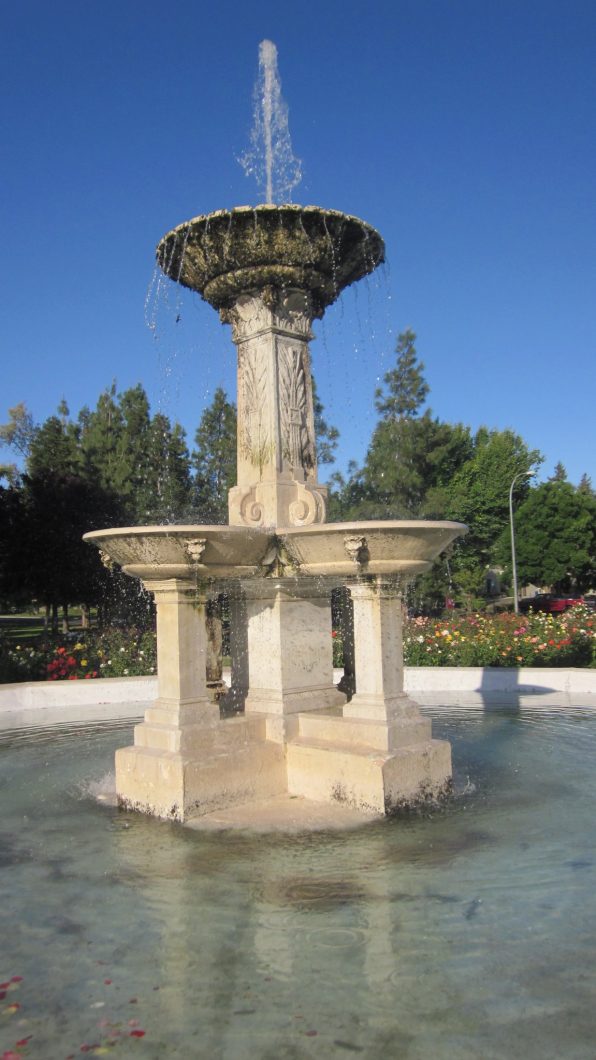 The Laura Fountain in Applegate Park. 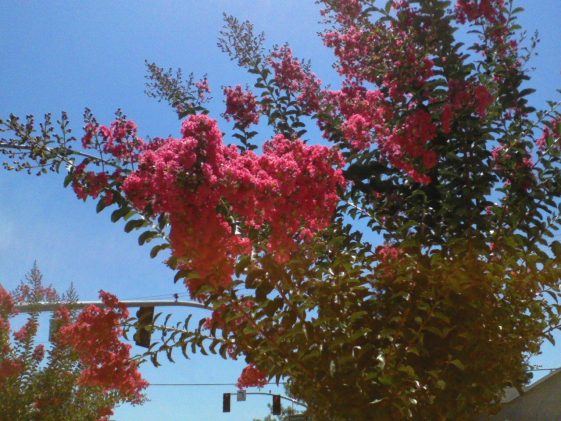 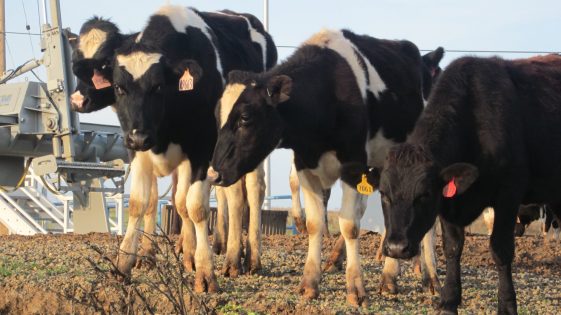 The countryside is dotted everywhere with black and white dairy cows. 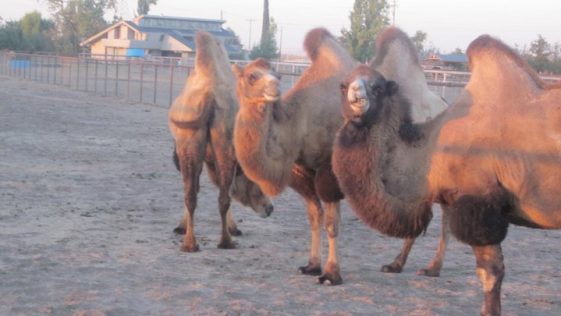 Yes you can find camels in Merced. 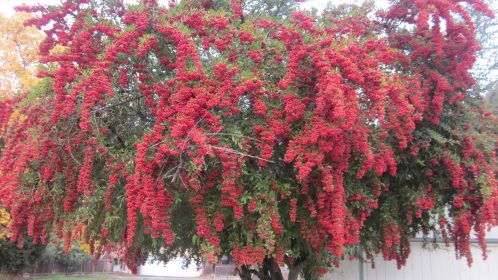 A wonderful tree full of contrasts in a Merced neighborhood. 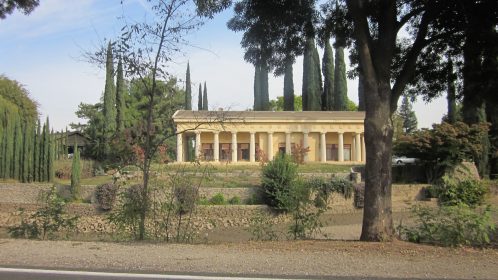 ‘The Parthenon’ residential house along Bear Creek in southwest Merced. 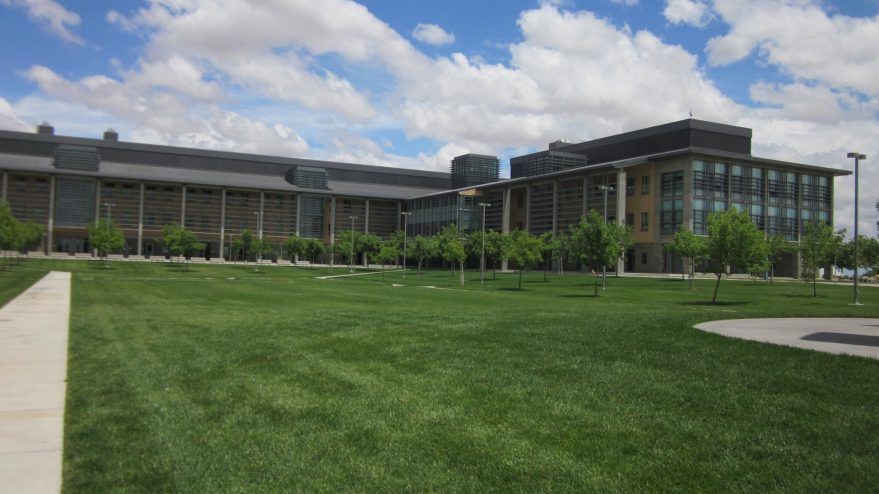 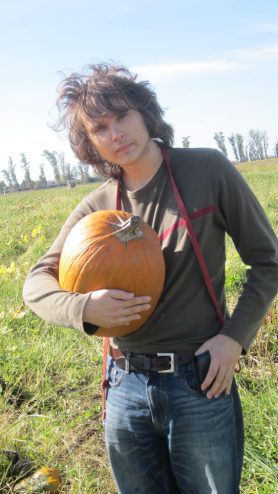 Visiting the fall pumpkin patch on the outskirts of the city.
MercednatureTourismUC Mercedvisitors

Black History Month reminds us to care for each other