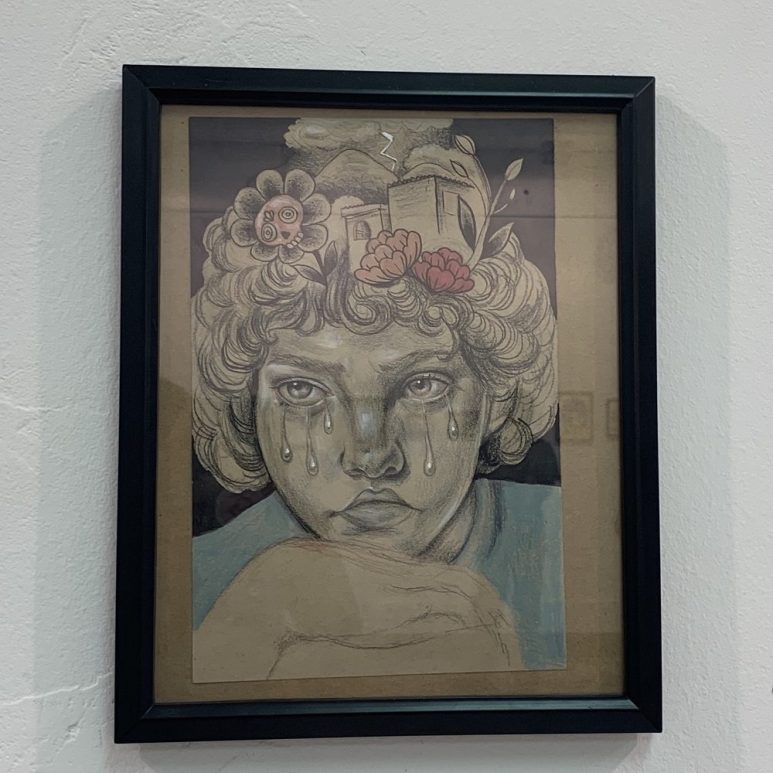 The art of Karla Garduno, a Winton resident, who was inspired be a recent visit to the city of Uruapan in the Mexican state of Michoacan. 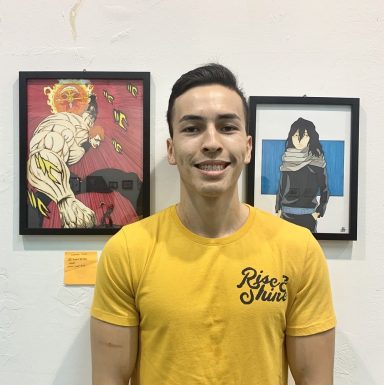 Jason Rios, a local anime artist, put his artwork on public display for the first time during the Sharpie event at the Merced Mall. 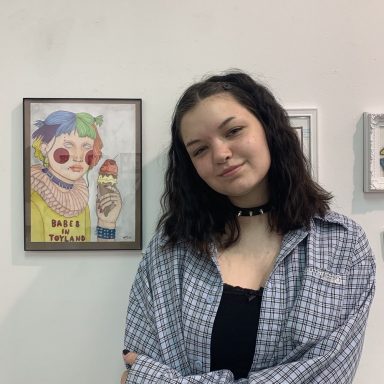 An array of Sharpie artwork was on display at the Merced Mall this past weekend as part of Strangers 10th bimonthly art show, “The Sharpie Art Show.”

Local artists submitted artwork prior to the opening of the Strangers pop-up shop that was open from Friday, Aug. 23 to Sunday, Aug. 25.

This is the first time Eli Torres, owner of Strangers, has hosted an art show outside of his shop.

Bringing the art show to the Mall has been a dream of Torres for some time now. Torres remembers and loves the nostalgia of malls and marks it as a place where strangers can gather and relate together despite outside differences.

“I feel such a sigh of relief that we were able to make it happen and open our doors to everyone,” Torres said.

More than 50 pieces were submitted to the Sharpie Art Show, featuring an array of artwork highlighted by the use of the Sharpie — a public brand pen that’s known for being a permanent marker.

Previous art shows hosted by Strangers included themes such as: The Disney Art Show, The Puppy Love Art Show, and a Home Alone Art Show. The shows provide a space for smaller artists to network and socialize with other artists and gives them an opportunity to sell their custom work. Stranger Art Shows are all ages, and anyone is welcome to submit.

Karla Garduno, a Winton native, submitted a colored pencil piece with bits of highlighter and of course, Sharpie. A woman longing of a faraway place looks out as silver teardrops run down her face. On top of her hair rests a square building, small sugar skull, flowers, and a thunderstorm erupting past the mountain that rests behind the building.

“I just came back from Uruapan, Mexico,” Garduno said of the inspiration behind her piece. “I hadn’t been there in 12 years. With faces I try to show a reflection of how I’m feeling at the moment. I miss it. The building on her head, the mountains, and the thunderstorms are the aesthetic of living there.”

Garduno is an apprentice at Merced Tattoo and Piercing Company located downtown and has regularly submitted artwork to the Stranger Art Shows. She credits Torres for bringing the nostalgic mall experience back to her.

“There’s not always a lot going on but bringing art here is the best way to get people to the Mall,” she said. “There’s a lot of artists here in Merced.”

Garduno added that in recent years, art has been the driving force behind bringing the community together.

For Jason Rios, a local anime artist, the pop-up event represented the first time he ever entered a piece into an art show. Rios submitted three pieces, capturing different characters of a variety of animes including; Escanor, Lion Sin of Pride, Legendary Super Saiyan Broly, and EraserHead. Rios typically uses copic markers when drawing his pieces but mentioned switching to Sharpie was not as hard as he originally had imagined.

“Incorporating Sharpies into my drawings did seem like it would be a challenge at first but after using them for a bit, it turns out it wasn’t that difficult,” Rios said. “It’s something any artist could learn to use and have fun with.”

Macie Jean Jones heard of the art show through a friend. The Modesto native was excited to enter the show and drove all the way down from the city to deliver her piece in order to make the deadline for the show.

“This is my first art show ever,” Jones excitedly said. “It’s amazing looking at all the cool artwork on the walls and seeing mine up there with it.”

Jones’s Sharpie piece was inspired by her love for Harajuku, goth, and punk fashion. A rainbow-haired girl with no irises stares out at the audience as she holds an ice cream cone in her hand. The girl wears piercings on her face, a bracelet and rings on her hands, a studded necklace and a clown neck ruffle around her neck.

Customers walking the Mall were treated to the three-day event that included a fun reception on Saturday evening full of games, prizes, and even a photo booth. Custom T-shirts, stickers, and Strangers merchandise were for sale alongside the artwork.

Pondering future art shows, Torres commented: “One things for sure, we can’t go back down from this.”