'This is the wrong time to put a countywide sales tax measure on the ballot.'

Editor’s Note: The following letter from all the mayors in Merced County was sent today to the Merced County Board of Supervisors.

Merced County Board of Supervisors

As mayors of the six cities in Merced County, we write to notify you that we unanimously do not support the proposed countywide ‘A cent sales tax measure on the agenda at your special meeting on Tuesday, August 4. for the following reasons:

2 – Requesting a New Countywide Tax While Many of Our Businesses Are on Life Support Shows a  Lack of Understanding of Our Businesses. Our business environment has not been the same since the onset of COVID-19. Every business has been impacted by this virus. In many cases, decades old local businesses have been shuttered or temporarily closed. Many businesses that are open are not operating at full capacity and the unemployment rate has dramatically increased. Making it more expensive to choose to do business in Merced County is the wrong approach at this time. We should be doing all we can to reduce the barriers to commerce in Merced County, not erecting new ones. This proposed tax would provide incentives for shoppers to take their business to neighboring counties.

4 – You Have Not Identified a Spending Plan For The Voters. To our knowledge, a spending plan has not been shared with the public and public input has not been sought. If Merced County intends to only spend these revenues in certain areas of its budget then this would in fact require 2/3rds approval from the voters, rather than 50% plus one.

5 – You Have Not Adequately Reached Out To Your Constituents. The six mayors in Merced County only became aware of the proposed 15 year tax measure hours before your July 28, 2020 board meeting. You are not required to notify us of your actions, but the lack of communication on this topic is indicative of a borader lack of communication to our residents.

This is the wrong time to put a countywide sales tax measure on the ballot. We are writing in our individual capacities as mayors and unanimously ask that you not proceed with this ballot measure. 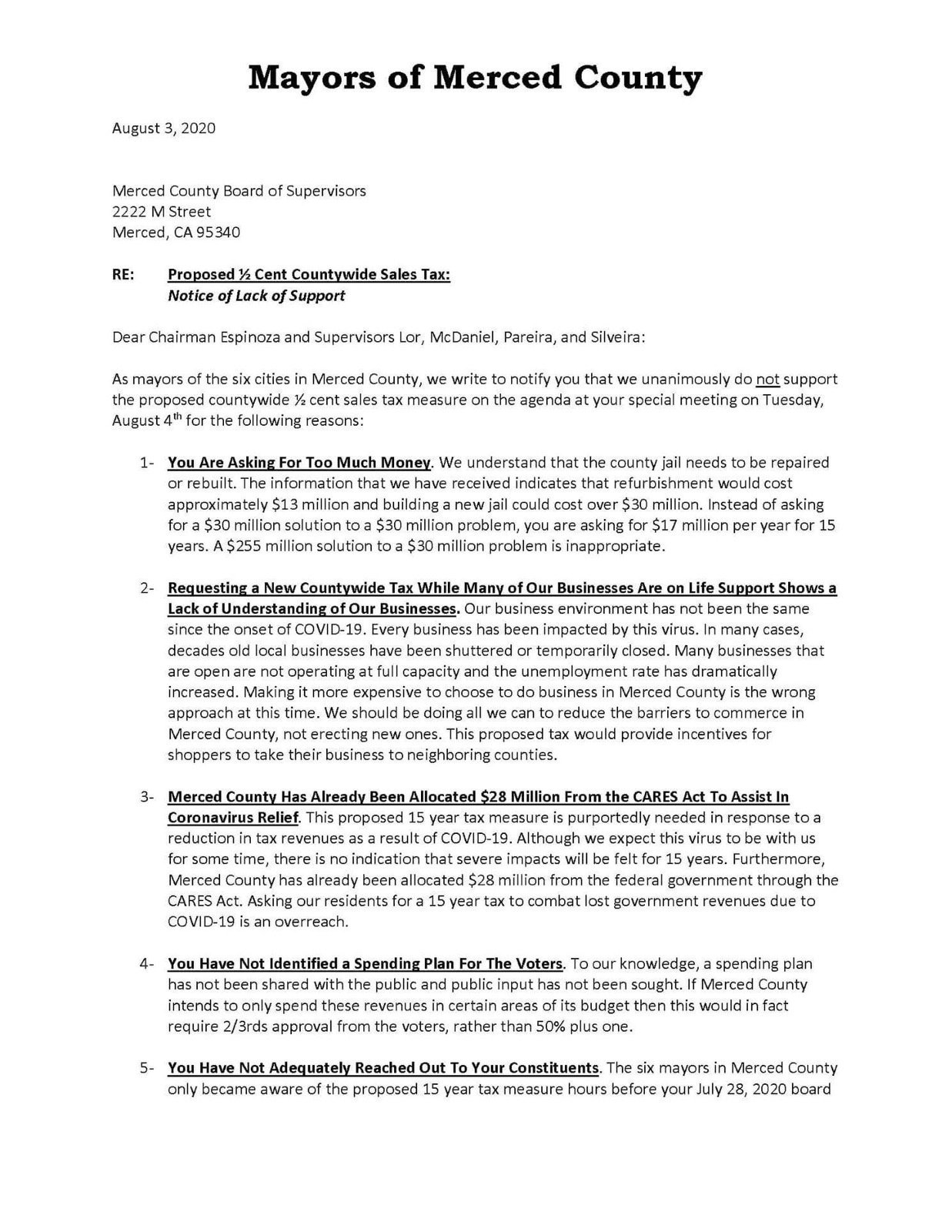 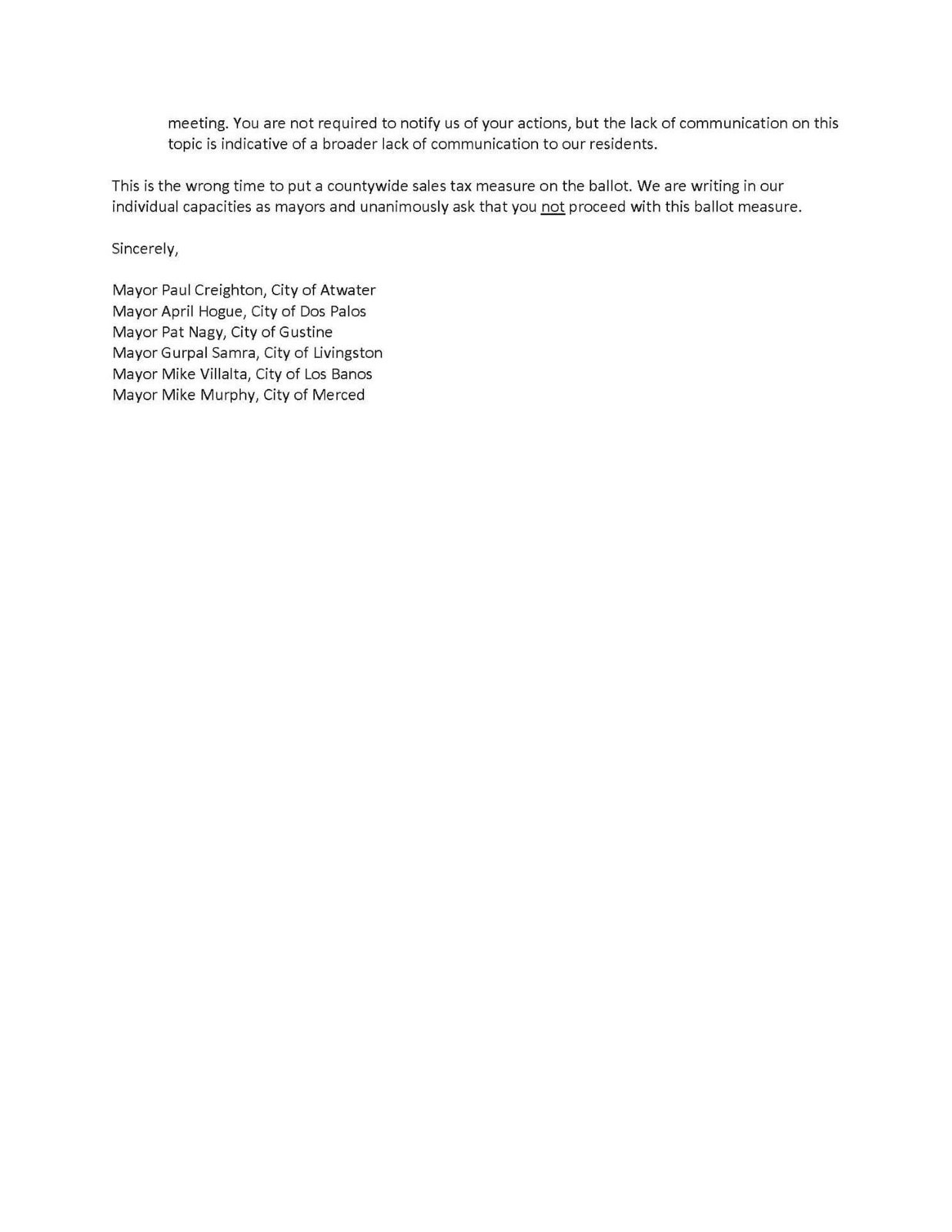 Boyle: ‘I have a heart for Merced, ability to make changes we need’