Hunting for What's Happening: A Column by Tom Frazier 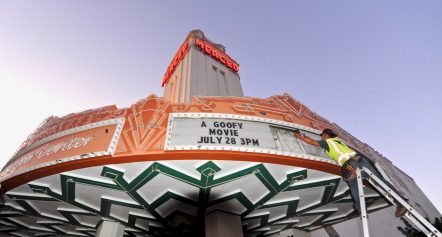 Happening  MAIN CAPTION (run photo big): A worker from CK Sign Services takes off an old panel on the Merced Theatre marquee on Monday night. Plastic lettering on the marquee is being replaced by a new LED digital screen. The new feature is expected to be completely installed by the end of the week. Stay tuned for more photos! 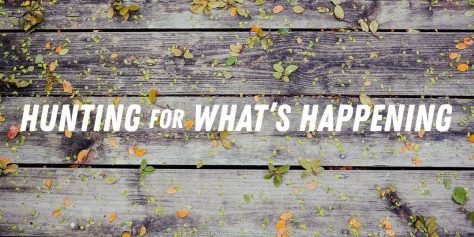 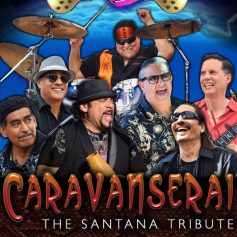 Don’t miss this mystical show on Sept. 21 at the Merced Theatre.

If you have some free time, pop downtown to take a peek at “Times Square” in Merced. Installation of the Merced Theatre’s new totally digital marquee — in color and with full video — was underway at the start of this week.

It should be fully operational as you read this. There are five separate panels, each computer controlled that can change messages in just minutes.

The new technology does not change the frame of the original marquee — it just replaces the flat, plastic inner display panels used to announce events.

The new digital display was provided in part by generous community donations to the Merced Theatre Foundation over the past year, including significant support from Dr. Art Kamangar and Dr. Hanimireddy Lakireddy.

The two-person and one 12-foot ladder hour-long project is in the past. The black plastic letters and numbers can be retired.

Merced is growing up!

The Merced Theatre kicks off its 2019-2020 season in September with two shows. On Sept. 21, Caravanserai: The Santana Tribute will take the stage at 8 p.m. This group performs extensively, especially throughout California. Their promoters say, “The only thing outliving Carlos Santana’s illustrious 30-year career is the swarm of tribute bands that have materialized in his Grammy-filled wake. There’s no doubting the impact Santana’s first few albums had on rock & roll, but who would have guessed that at least a dozen cover bands would earn their pay playing his hits on the bar circuit? Caravanserai certainly stands at the top of the Santana tribute list, meticulously re-enacting a wide repertoire of Santana material that includes the well-known stuff as well as more obscure B-sides that never made the charts. Leo Herrera does the honors on guitar, while a full band including horn section completes the Latin rock sound we’ve come to know and love.”

But, as it turns out, that’s not all bad.

We discovered a new stay-at-home pastime, watching old movies. CNN has had a never-ending special over the past few weeks, a review of movies from the 1960s, the ’70s, the ’80s, etc.

One night I mentioned, “I don’t think I ever saw that” and my wife echoed the same sentiment. So, she wrote it down. The list now contains well more than 100 titles. The best news of all is that it has been easy so far to find movies that are included on Netflix or Amazon Prime. We’ve watch or re-watched “The Taxi Driver,” “Little Big Man,” “Alice doesn’t Live Here Anymore,” and “The Graduate.”

The Tioga to receive preservation award