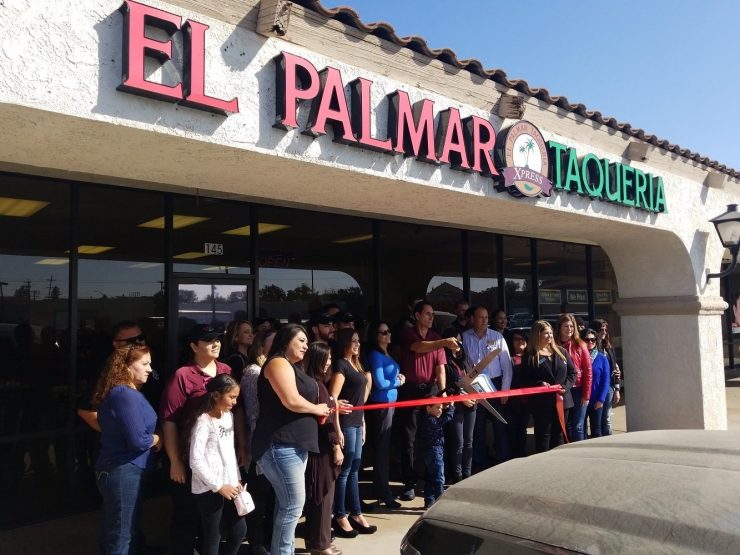 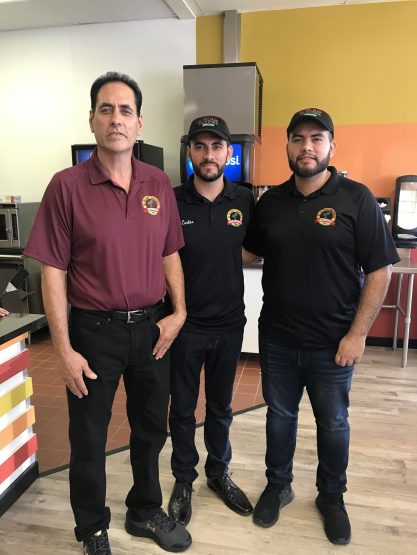 A ribbon-cutting ceremony celebrating the opening of the second location of El Palmar Taqueria in Merced was hosted by the Merced County Hispanic Chamber of Commerce on Nov. 1.

The new restaurant has more of a fast-food style, as opposed to dine-in, and it is located at 3144 G Street in the Rite Aid Shopping Center in Merced.

The owners of El Palmar Taqueria — Baldo Torres, Carlos Torres, Ignacio Torres and Richard Perez — were there to celebrate the opening of their new business.

Initially, the two nephews, Baldo and Carlos Torres, opened the first restaurant 7-1/2 years ago, and one year ago , two business partners were added, Ignacio Torres and Richard Perez, the uncles, and at that time, the location was remodeled and modernized.

At the event, members of the Hispanic Chamber enjoyed greeting the guests, many of whom were ordering food in anticipation of a great lunch.

Carlos Torres told the Times, “We opened here last Monday, on October 28, and we plan to have a grand opening in about two weeks.  Our first week was busy.  People are responding well, even though we didn’t advertise.  A lot of customers already knew our first location at 1127 Martin Luther King Jr. Way in Merced, and they live on this side of town so they came over.”

When asked the difference between the two restaurants, he explained, “Here, you order and you have your food in about two minutes.  It is a fast process.”

“The menu is not as substantial, but it has everything you would expect of a taqueria — tacos, enchiladas, burritos, nachos, quesadillas.  There is no seafood, but we have menudo every day.”

As the event began, Baldo Torres, the manager, was skillfully and speedily turning out orders for customers.

For an order of tacos, there were choices of type of meat, several sauces, green or red, mild or hot, and choices of fillings such as cheese, salsa, tomatoes, lettuce, cilantro, onions, guacamole, and others.

He said, “I hope people like it so we can eventually become a chain.”