Free Shakespeare In Park This Weekend!

BYOB — BRING YOUR OWN BLANKET 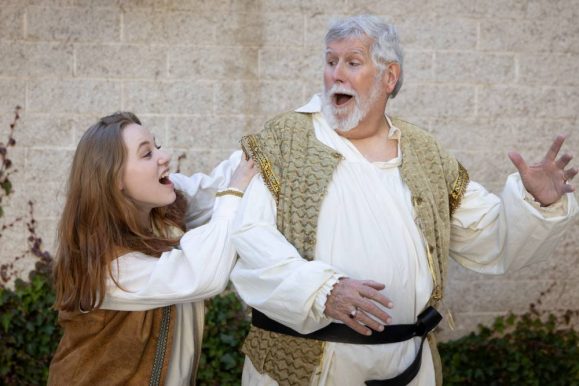 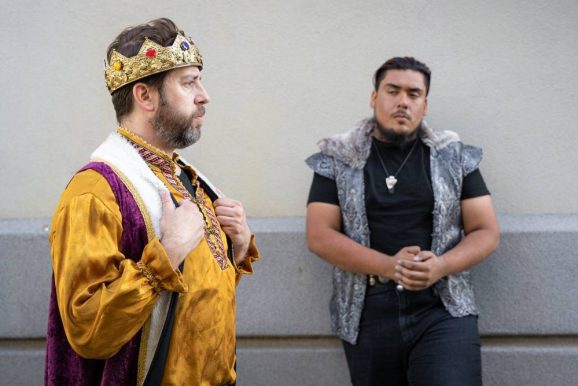 For three years, audiences and the local Shakespeare company, Merced Shakespearefest, had to wait for FREE Shakespeare in the Park — the fine, classical entertainment in the beautiful city park that was held every summer.

This year, Merced Shakes is back and celebrating its 22nd season with the exciting production of “Henry IV, Part 1.”

This is the masterful tale of family and friends, honor and happiness, and the choices between our desires and our duties.

While the newly crowned King Henry IV struggles to consolidate his power, his rebellious son Hal consorts with drunkards and thieves, among them the beloved character of John Falstaff. As unrest boils over into open revolt, Prince Hal must weigh the family he was born to against the family he made.

Staged in mostly contemporary dress with minimal props, acting, and movement, the production is aimed at storytelling through active imagination and audience engagement.

A cast of 11 actors from Merced, Madera, Corcoran, Turlock, and Modesto is directed by Traci Sprague.

The play runs about 90 minutes. Bring low chairs or blankets.

The MOAT is located in the center of the park, close to N and W. 26th Streets. For information go to www.mercedshakespearefest.org, Facebook, or call (209) 723-3265.