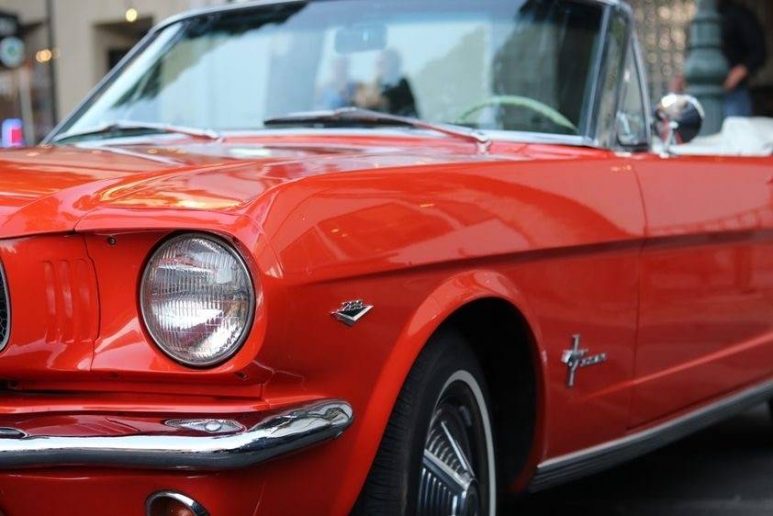 An original 1965 Mustang convertible is begging for attention. 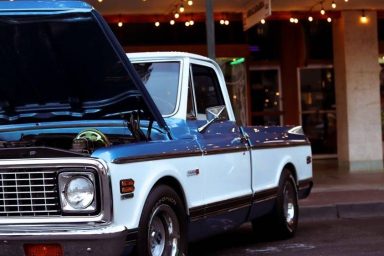 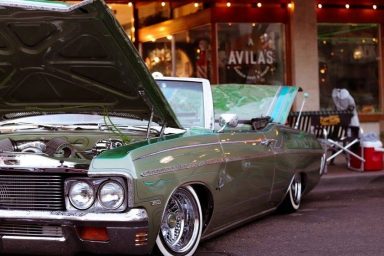 A 1970 Chevrolet lowrider convertible had dazzling green graphics and plenty of etching on its brightwork. 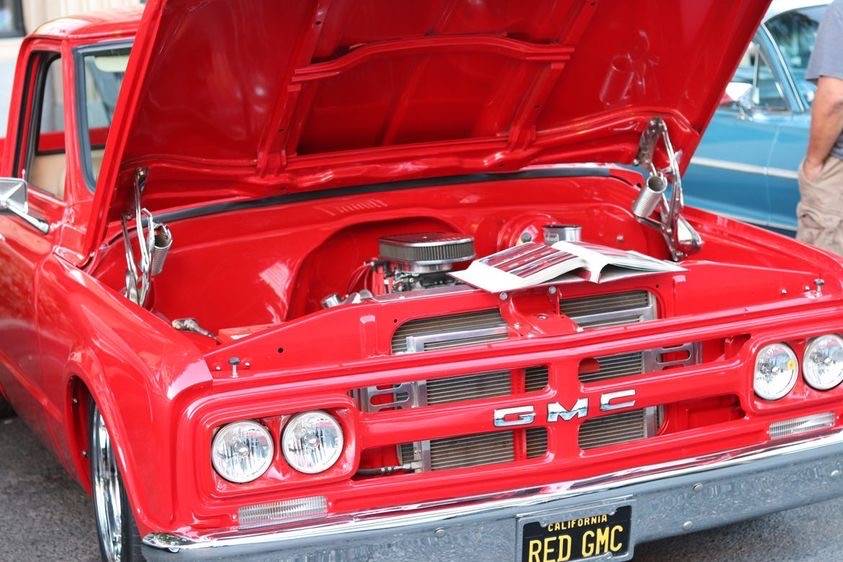 A vintage GMC truck was full of charm.

Merced is an old car town. I’ve known that for the 53 years I have lived here, but the notion that local residents dearly love their vintage vehicles was reinforced in a big way Saturday night.

Downtown Merced was jumping with all sorts of activity and Canal Street was blocked off from Main to 18th streets, with easily two dozen of my favorite cars and trucks “chilling out” in the early evening shade.

It was all part of the second annual Low & Slow Central Califas Lowrider and Chicano Art Show presented by the local Kreepy Kawaii store.

Some examples of “early iron” spilled out over Main Street, including a large number of lowriders and a “nest” of early Volkswagen bugs in front of the movie theater.

It is difficult to pick a favorite from all this finery but several cars and trucks stood out.

You couldn’t help but notice a 1966 Chevrolet C30 one-ton truck, with its dual rear wheels, spic and span interior and shiny paint finish. It had hauled some heavy cargo in years past but now is enjoying light duty.

Parked right in front of the area where our group was sitting was a cherry pie 1964 Chevrolet four-door station wagon. Time has been very kind to that metallic blue long-roof wagon which had Impala SS badging on the sides and a vintage V-8 engine. The only concessions to modernity were contemporary low-profile wheels and tires.

A 1950 Chevrolet pickup was cloaked in a bright orange color with prominent whitewall tires and wooden side slats on top of its bed. A white 1965 Chevrolet SS two-door hardtop had a potent engine hiding under the hood but seemed stock otherwise.

Keeping up with the Chevy theme, a 1960 Chevy Stepside pickup had a grey-black paint job with just a hint of sheen, along with exquisite pinstriping. The 1960-61 Chevy trucks are known for their pronounced hood “eyebrows” up front and lots of style throughout.

A friend’s 1934 Ford street rod coupe got the most looks, I’d say, especially from youngsters. No one could miss its gleaming chrome and attention-getting red paint. The 1934 Ford’s owner obliged several small fry when he fired up the engine for a while.

My first new car when moving to Merced was a 1970 Chevrolet Nova two-door sedan. Across from where I was sitting  was a gray-colored 1969 Nova sedan, this one hopped up with a potent and modern LS motor and an exhaust note any gearhead would appreciate. Next to this Nova was a mostly original 1953 Chevy two-door sedan with some mild custom touches. Within sight of this car was a 1938 Chevy four-door bustleback sedan looking every bit the “bomb” it is intended to be.

For a while a 1947 Plymouth coupe was parked nearby. In gray primer, that vintage Mayflower coupe had a bunch of custom touches roughed-in, along with a modern engine and updated drivetrain. It looked pretty good in its in-progress state but would be even better with a shiny coat of paint.

To throw off the vintage Chevy fanciers, an original 1965 Mustang convertible in a showroom red-orange color was begging for attention.

Throw in a 1956 Mercury hardtop in black and white, a 1970 Plymouth Barracuda, four-door 1958 Cadillac and a 1958 Buick and you’ve gone full circle with old automotive tastes.

In the 1980s and 1990s Merced used to host street rod and custom car events at the fairgrounds that drew in several thousand cars. Scenic Lake Yosemite also was the location for several big car events. This once-a-month gathering in downtown will be running through the nice fall months and will keep up the fever pitch Merced zeal we have grown to love.

You can bet I will be back for more evenings of laid-back relaxed viewing of my favorite cars, right in the heart of town.

Automobile fan in Merced has reasons to be thankful