Scenic rendering of the stage set by Tijana Bjelajac. 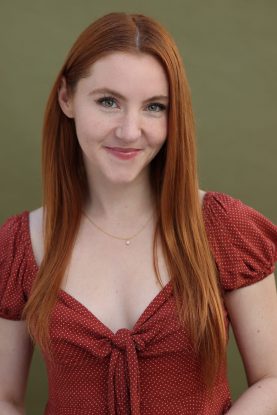 Abigail Campbell stars as Ariel in ‘The Little Mermaid.’

Swimming into the Fallon House Theatre in Columbia State Historic Park this summer is one of the most iconic titles of the past several generations, Disney’s The Little Mermaid.

The Sierra Repertory Theatre of Sonora will preview the show inside the Fallon House at 6:30PM on June 2, and 2PM on June 4. The show opens June 4 at 7PM and will be followed by an Opening Night Celebration at Inner Sanctum Cellars Basecamp. Regular performance times are Wednesdays at noon, Thursdays at 2PM, Fridays at 7PM, Saturdays at 2PM and 7PM, and Sundays at 2PM through July 17.

Based on one of Hans Christian Andersen’s most beloved stories and the classic animated film, Disney’s The Little Mermaid is a hauntingly beautiful love story for the ages. With music by eight-time Academy Award winner, Alan Menken, lyrics by Howard Ashman and Glenn Slater and a compelling book by Doug Wright, this fishy fable will capture your heart with its irresistible songs, including “Under the Sea,” “Kiss the Girl” and “Part of Your World.”

Ariel, King Triton’s youngest daughter, wishes to pursue the human Prince Eric in the world above, bargaining with the evil sea witch, Ursula, to trade her tail for legs. But the bargain is not what it seems, and Ariel needs the help of her colorful friends, Flounder the fish, Scuttle the seagull and Sebastian the crab to restore order under the sea.

“Sierra Rep is well known for endowing each production with high quality production values,” says Jerry Lee, Sierra Rep’s associate artistic director, and director of Mermaid. “This show is a dream to work on with designers. We all know the film so well and each of us has our own artistic stamp that we would like to press onto this production. Our goal from the beginning has been to delight the kids and adults who love the story just as much.”

Lee continues: “I think audiences come to Mermaid and feel like they are catching up with a best friend. The story is funny, scary, romantic. There’s new material that is just delightful. It all just fits together perfectly. It’s terrific family entertainment.”

For more information about Sierra Repertory Theatre, please visit www.SierraRep.org or call the Box Office at (209) 532-3120. The Historic Fallon House Theatre is located at 11175 Washington St. in Columbia, California. Both theaters are air-conditioned and ADA accessible.