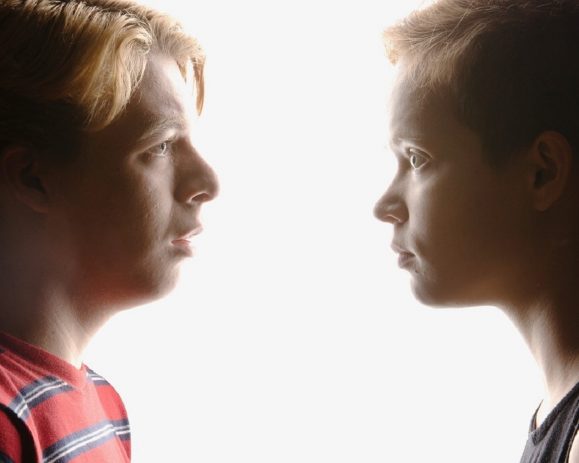 Actors Spencer Brown and Juniper Sprague in ‘Let The Right One In.’ 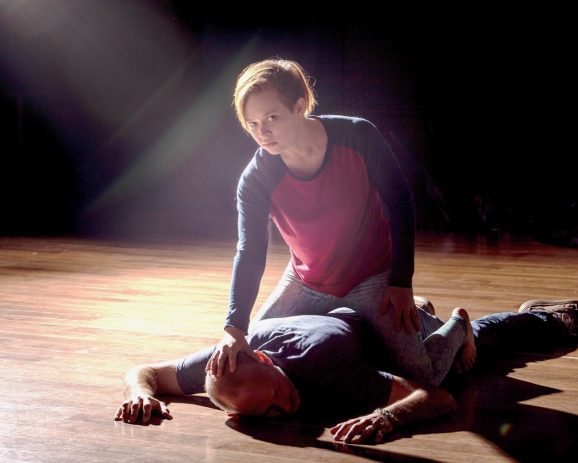 Juniper Sprague with Colton Dennis in one of many intense scenes.

A bullied young boy, a series of brutal murders, and a mysterious girl begin the story in “Let The Right One In,” presented by Phoenix Creative Collective beginning Oct. 11 at the Merced Multicultural Arts Center.

Based on the best-selling novel and award-winning film of the same name, this stage adaptation is a dark but beautiful coming-of-age story that explores a growing relationship between Oskar and Eli, two adolescents who find a bond in being outcasts.  As their friendship grows, the murders continue despite the best efforts of the local police, and Oskar begins to suspect that Eli isn’t the innocent young woman she seems to be.

The stage adaptation of “Let the Right One In” focuses on the relationship between Oskar and Eli as their friendship turns into something more disturbing.  Sparsely staged with a cast of veteran actors, this production uses the stark setting and isolation of the characters to help touch upon the deeper ideas behind the story.  Bullying, neglect, and loneliness all play a part in the lives of Oskar and Eli, leading to a tentative young romance, the unearthing of hidden secrets, and death in a series of decisions that will guide them for the rest of their lives.

Tickets are $15 for general admission and $10 for students, with the matinee on the 13th being a special pay-what-you-will performance. For tickets or information, go online to: phoenixtherise.com, or call 643-5880.

This show is recommended for older teens and adults due to language, violence, and some adult themes.

It’s also the first of two plays being produced this month by Phoenix Creative Collective, with “The Rocky Horror Show” coming to The Merced Theatre on the Oct. 24.