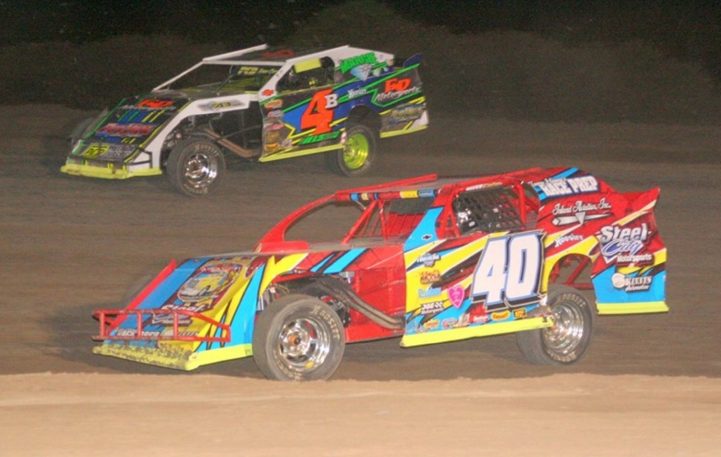 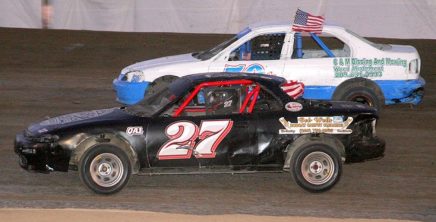 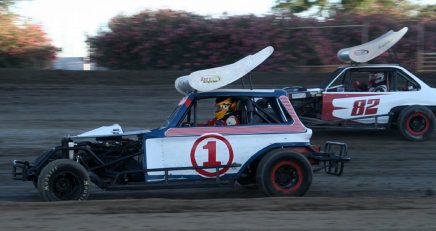 The IMCA Sport Modifieds have a big event coming this Saturday night at Merced Speedway and several of the tracks in the area aren’t running the division this weekend. A few drivers who might otherwise have to make a long trip up north to go racing now have Merced as an option for a big money race. General Manager Doug Lockwood booked a $1,500 in a win race for the division. Joining them for an exciting night of racing will be the Mini Stocks, Valley Sportsman division and the California Sharp Mini Late Models.

In recent years, Merced and other area tracks have avoided running on Labor Day weekend. However, Lockwood decided to take a gamble that if he had a big IMCA Sport Modified race there would be cars coming from out of town for the extra money. Two weeks ago, it was announced that there would be an increased purse for this event, including $1,500 to win. That money is expected to draw top containers from Bakersfield, Watsonville and elsewhere.

It will also be a regular point event for the local competitors, which also makes it more challenging as they will most certainly have to earn their way into the Main Event with the increased car count that is anticipated. After eight of the 10 championship point events held so far, 2016 champion Fred Ryland is leading Kelly Wilkinson by 21 points. Ryland has been very consistent with seven Top 5 finishes, including one win. Wilkinson has two victories to his credit, but those are the only two Top 5  finishes he’s had. Only three points behind Wilkinson is State point leader Guy Ahlwardt, who won the most recent Main Event. Though Wilkinson and Ahlwardt are certainly in the title hunt, Ryland will have to stumble in these last two races. An increased car count certainly makes that more possible.

Patti Ryland, who is the wife of the point leader, has earned back-to-back B Main wins, but she’s hoping for better Main Event luck this week. She has a six point lead over Nick Tucker in the race for the fourth position. While Tucker has earned more Top 5 finishes, his absence from one race has him holding down the fifth position. Some of the other regulars to watch for this week include Chuck Weir, KC Keller, Chris Falkenberg, Bruce Nelson, rookie Kodie Dean and reigning champion Jeremy Hoff.

The increased prize money is almost certain to draw some of the top drivers from elsewhere. Three top Bakersfield area racers to watch for are point leader Jason Nation, Michael Johnson and Kevin Johnson. Michael Johnson has two Merced wins to his credit and should be viewed as a threat to win again this week. Another potential threat for the big prize is 2014 State champion Nick Spainhoward. You never know who will be there to make a run for the big money, but over 30 competitors are anticipated for this show.

Meanwhile, the Mini Stock battle is still being led by Lee Ragsdale. Ragsdale has been the model of consistency with all Top 5 finishes in his eight starts, including one win. He’s trying to make up for the heartbreaking season finale that saw him lose the point lead to the champion, Allen Neal, last season. Ragsdale leads one-time winner Lucy Falkenberg by 19 points as the battle seems to be between these two drivers. Falkenberg has picked up six Top 5 finishes. One-time winner Jennifer Rodgers ranks third, 26 points ahead of rookie Tyler Post. Some of the drivers to watch for this week include three-time winner Shawn DePriest, three-time champion Chris Corder, Jerry Tubbs, Shayla Gould and Austin Sprague.

This season, Lockwood took a gamble and booked the Valley Sportsman division more often. The car count has been slightly better than last season, and there’s been some competitive racing for the victories. Point leader Rick Elliott scored his second win last time out as he holds a commanding lead over reigning champion Jerry Cecil. Cecil and Dwayne Short are also two-time winners this year. Two-time champion Mike Friesen is currently third of the standings, but he leads Jeff West by just eight points in that battle. Those two hard chargers could be there this week, and others to watch for include Chris Corder, Gary Hildebrand and Eric Sealy.

Rounding out the lineup will be the California Sharp Mini Late Models. Reigning champion Timmy Crews is showing no signs of slowing down in his quest to maintain his #1 status. Crews has a 39 point lead over Logan Clay on the strength of five wins in his eight starts. Following his second win of the season, Riley Jeppesen has moved to within nine points of Clay in a closer battle for second. These three drivers are anticipated this week, and others to watch for include Carson Guthrie, Kaylin Lopez and Jeremiah Enriquez.

Saturday night will be the IMCA Sport Modified division’s night to shine as they headline the exciting program. You’ll be seeing some of the best drivers in the state competing for a bigger purse. For further information, go online to: mercedspeedway.com.

Time To Unmask Outdoors, Relax And Smell The Roses