Sierra Rep’s A Tribute to The Beatles will leave audiences stomping, clapping and screaming for more, almost like the original group, as we transport them back to the sixties for a romp through the greatest pop music catalogue in the world. 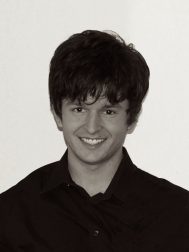 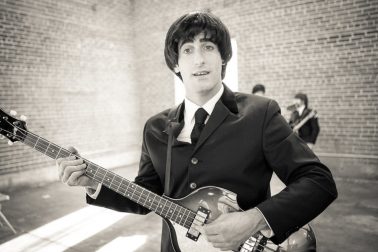 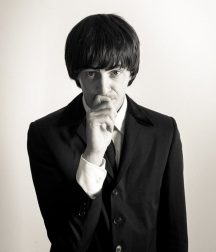 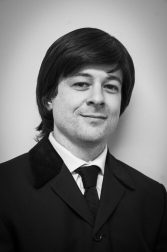 In the beginning there were John, Paul, George and Ringo.

Sierra Rep’s A Tribute to The Beatles will leave audiences stomping, clapping and screaming for more, almost like the original group, as we transport them back to the sixties for a romp through the greatest pop music catalogue in the world. Join us for this celebration of the songs so full of raw energy, wit and that indisputable charisma that took the Beatles from the Cavern Club in Liverpool and propelled them into musical icons of a generation.

This tribute is performed by MANIA!, California’s premier Beatles tribute band, capturing the imagination of both old and young with their attention to detail: from authentic Beatles instruments to the way they move, sing and play. Taking the audience from the youthful energy of The Ed Sullivan Show through the psychedelia of Sgt. Pepper and into the final days of the Beatles’ Abbey Road sessions.

MANIA! is comprised of four terrific singer musicians: Aaron Larkin, Jeremy Dawson, Aaron Sion and Chris Ernst.
Aaron Linkin, who sings the Paul McCartney track, was raised on the “Golden Oldies.” As a child his favorite songs were “I’ve Just Seen A Face” and “Lucy in the Sky With Diamonds.” After joining his first band at the age of 14, he dove head first into songwriting and performing. Over 20 years later, he is a skilled multi-genre, multi-instrumentalist that has toured the country and performed with some of the nation’s best in groups ranging from Gatsby Jazz to 70s Funk. He’s never been more at home than with MANIA!, diving back into the music that shaped his youth.

Jeremy Dawson sings the George Harrison track. A self-taught multi-instrumentalist and songwriter, Jeremy has toured the United States in various projects over the years, performing a wide variety of music, from bluegrass to punk rock, but his true roots are in the music of The Beatles. Shortly after learning the piano at age 21, Jeremy began his tenure with the group as a keyboard player in 2007.

Aaron Sion, who sings the John Lennon track, is a vocalist and guitarist who embodies the tradition of raw, unhinged rock ’n’ roll energy. Despite growing up in the midst of electronic pop music, he was raised on classic rock of the 60’s and 70’s. By the age of 10 he was strumming his way through Beatles songs on a cheap half-sized guitar and immediately found his calling to heartfelt, undeniable melodies. Aaron got his start performing in bars at the ripe age of 13, and as a teenager and found himself touring on stages big and small.

Chris Ernst sings the Ringo Starr track. A Sacramento native, Chris started playing drums when he was 8 years old. By the time he entered high school, he was already a highly sought-after drummer in the region. In college, he majored in jazz percussion and has gone on to perform a variety of styles with bands all over the country. Being a lifelong Beatles fan, Chris jumped at the opportunity to apply his percussive and vocal skills to MANIA!

A fantastic time is sure to be had by all when A Tribute to The Beatles takes the stage. Playing in The Annex at the East Sonora Theatre, Feb. 9-23.

Show times are Friday, Saturday and Sunday at 7 p.m., and Saturday and Sunday at 2 p.m. Beer, wine and snack boxes by Alicia’s Sugar Shack, will be available for purchase to enjoy during performances. Doors open 45-minutes before each performance so patrons can come early to select their seats, enjoy refreshments and possibly mingle with the stars. Limited general seating, get your tickets now!

For more information about Sierra Repertory Theatre and upcoming shows, please visit online at: SierraRep.org or call the Box Office at 532-3120.