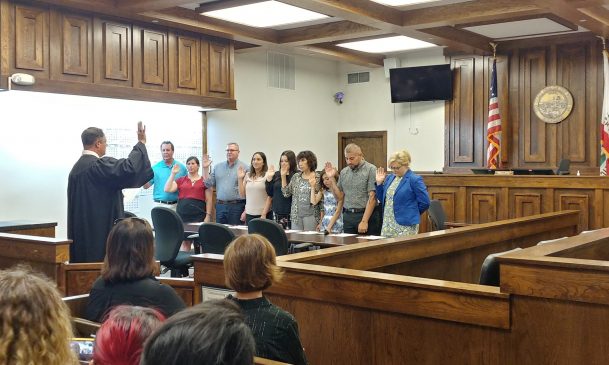 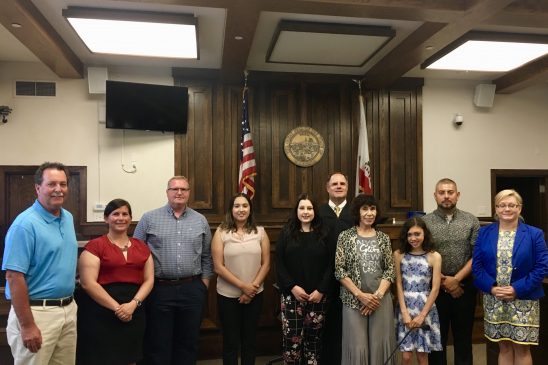 The honorable Judge Donald J. Proietti was on hand to swear in the CASA members as they readied themselves for their new roles as advocates. There are more than 500 foster youth throughout Merced County who are in need of volunteers who help them navigate the court process. As part of their new commitments, the new CASA class will rely on their extensive training as they work to ensure that the best interests of abused and neglected children within the court system are always abided by.

Over the course of 30 hours of instruction, trainees take an in-depth look into what their role as a CASA volunteer will entail — the law, the child protection system, the court system, cultural norms of various groups, family dynamics, the dynamics of children, how to communicate as a CASA volunteer, how to properly gather and document information, writing reports for the courts, monitoring a case, and finally practicing their future role with CASA.

Speaking to the Times following their swearing in, the new CASA members reflected on their time in training, what they look forward to accomplish, and what drew them to the program.

Violet Huff became aware of the program through her mother before further researching the organization. “We need a lot of support here in Merced and I wanted to be part of those helping,” she said.

As a child who was raised by a single mother and an older sibling that was called upon to help raise her younger siblings, she finds the role of a mentor and helper something that comes to her naturally. Currently Huff is in the final year of a psychology degree with a minor in child development at CSU Stanislaus, and is working to pursue a masters in social work.

Jessica Gillis is also studying child development at CSU Stanislaus and pursued the advocate role as a way to make a positive impact at the local level. Growing up, Gillis had a friend who had made their way through the foster system, and she recalls stories of the CASA member within her friends life.

“She has such a positive experience with her CASA, and so I wanted to get involved to try and make that kind of impact since hers was always so wonderful,” said Gillis.

Gillis is looking to ensure that every child that comes across her path will always feel like they have someone to rely upon, no matter their situation.

Currently helping to raise his niece, Tony Fuentes looked to CASA as a way to extend the positive impact that he has experienced caring for another’s child. After hearing about the CASA program from his cousin, Fuentes saw the program as the opportunity to help other children within his community.

“She always spoke about the good feeling she had of unconditionally helping someone else, without any expectation of getting anything back,” said Fuentas. “Your always with the same child even as their social worker and others around them change — which is where the bond you have with them comes from.”

Fuentes has owned two successful salons in Merced over the course of a decade, but is currently working towards a career in law enforcement as another way to give back to Merced.

Nereida Hurtado has always volunteered throughout her life. After making her way to Merced County following her time at CSU Long Beach, where she double majored in psychology and Chicano studies, Hurtado began looking for a way to once again volunteer. Currently, she is working with students through her work at Atwater High School, and is planning to pursue a masters in social work as she readies herself for her first CASA case file.

“I’m extremely excited to take on my first case and it’s sooner than I expected,” said Hurtado. “I came in the day after being sworn in to read over the case file and decided to take it on. I’m really excited though.”

In all, the most recent members of the CASA to be sworn in are: Dan Smith, Caroline Meraz, Nate Marciochi, Nereida Hurtado, Violet Huff, Luzie Harville, Jessica Gillis, Tony Fuentes, and Sonja Downing. Way to go!

Court Appointed Special Advocates (CASA) of Merced County is in need of volunteers!

A CASA Volunteer is an average person, like yourself, who is a trained sworn officer of the court. CASA’s advocate for the best interests of foster youth within the court system.

All of our sessions are open to the public and will be held at the CASA Office; 2824 Park Ave, Suite A, Merced CA. Upcoming training begins Oct. 7. For more information, visit online at: mercedcasa.org; or call 722-2272.

‘Reopening’ Gets The OK After Week Of Big Words