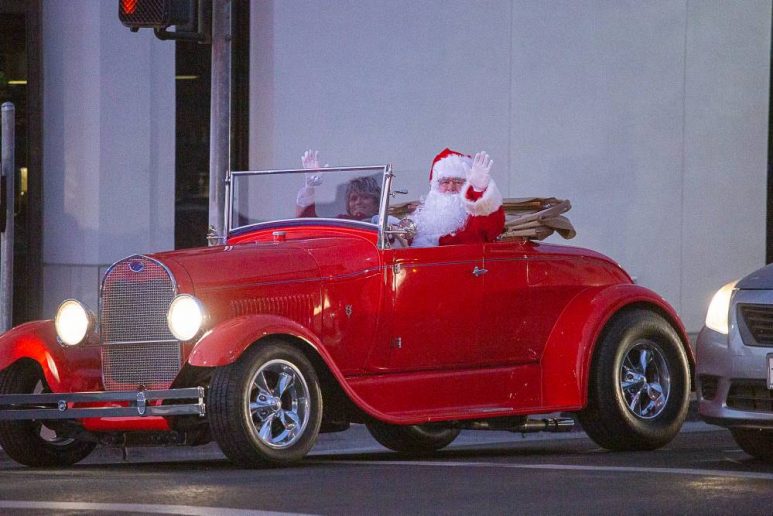 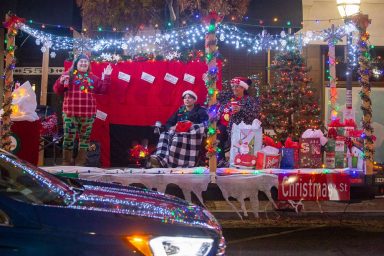 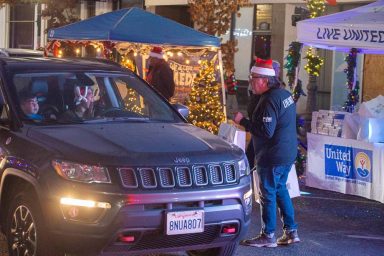 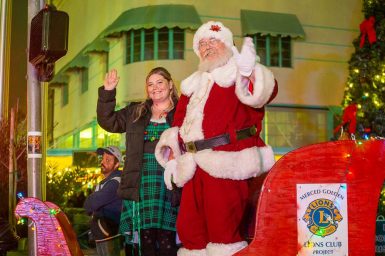 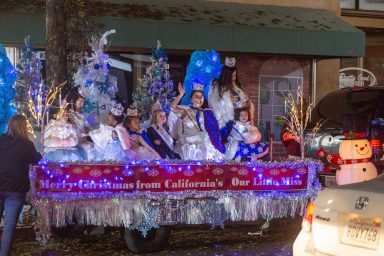 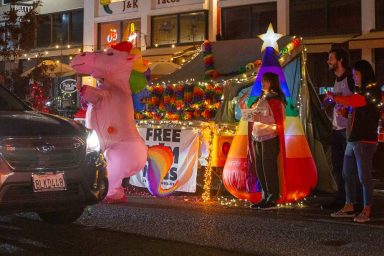 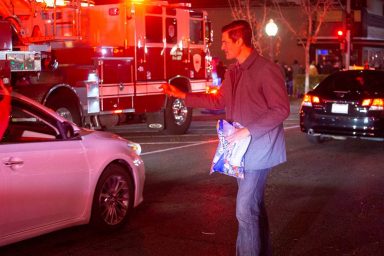 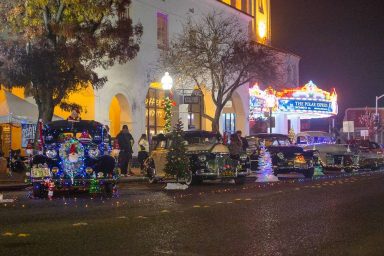 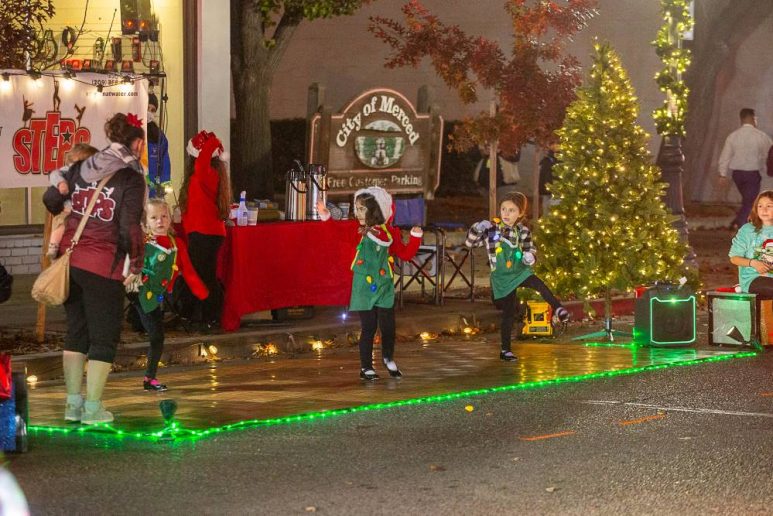 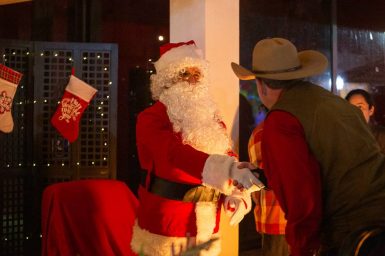 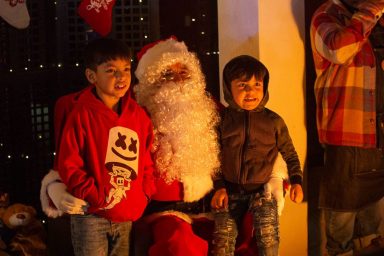 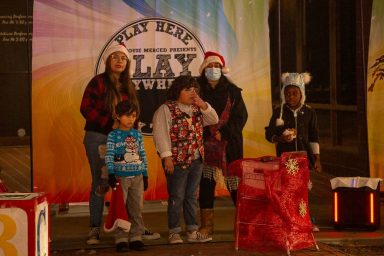 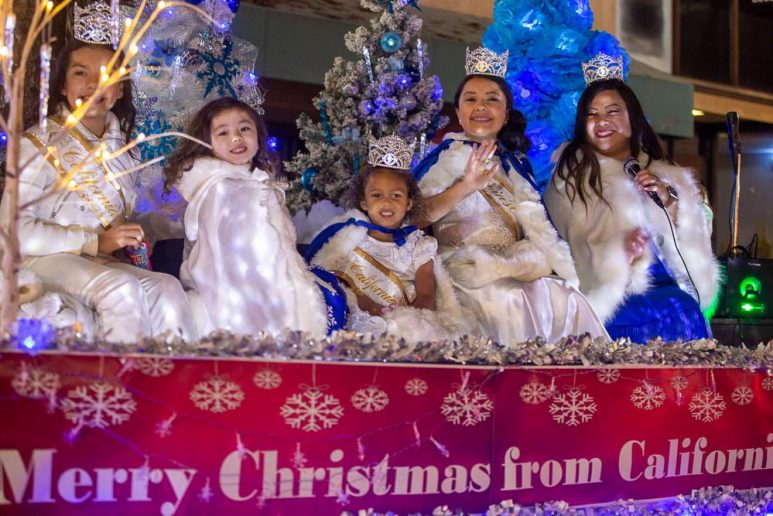 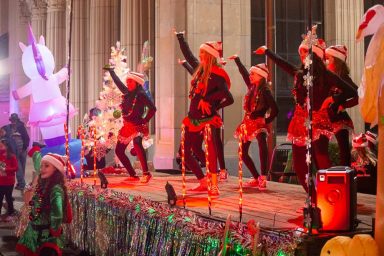 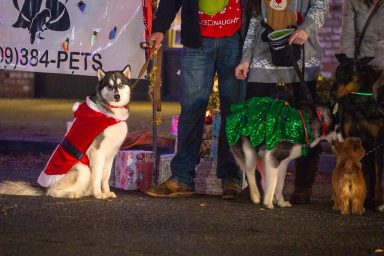 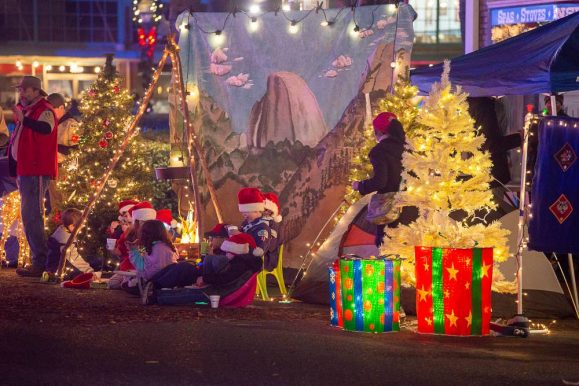 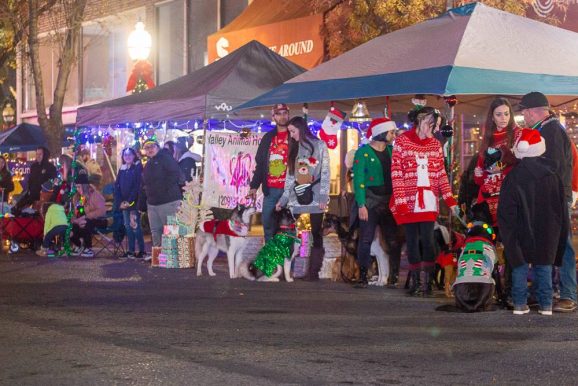 Hundreds of Merced residents made their way to downtown Merced to take part in the city’s annual Christmas parade. Due to the ongoing COVID-19 pandemic, this year’s holiday event continued with a reverse parade format, with each float and entry for the parade lining Main Street, and residents driving past them in their vehicles.

While many may have been longing for the traditional Christmas parade, it seems this year’s event was ultimately a hit, with staff and organizers extending the parade’s run time due to demand, and a line that ran for blocks as residents looked to celebrate the holiday season.

Kicking off at 5 p.m., this year’s Christmas parade included many of the sights and sounds familiar to past celebrations, including dance routines and songs from local studios, beloved pets adorning colorful lights and Santa hats, classic cars decked out in garland and tinsel, and of course Ol’ Saint Nick himself.

While different than a few years back, residents who made their way to the parade could still be seen smiling from their vehicles as they took in the colorful displays. In addition to viewing the floats and performances along Main Street, a number of Mercedians put their own holiday spirit on display and dressed up in Christmas attire and decorated the outside of their vehicles to add to the parade.