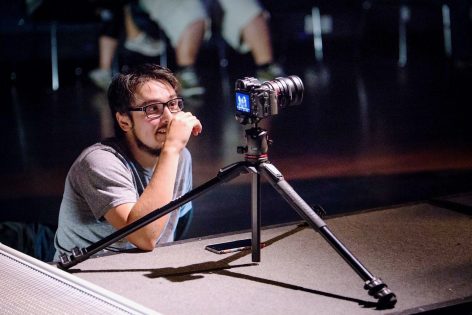 Christopher Velazquez, the owner of Violette Films, is thrilled to be hosting the fourth annual Violette Film Festival at the Merced Theater on Saturday, Nov. 13. 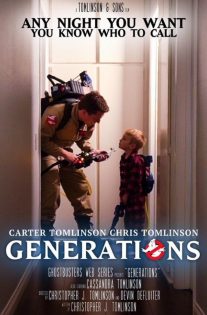 Thirty five local and international films are on the roster for the eventful night, including Joker, Batman, and Ghostbusters fan films. The festival will also feature crew Q&As, photo opportunities, and vendors to shop from! 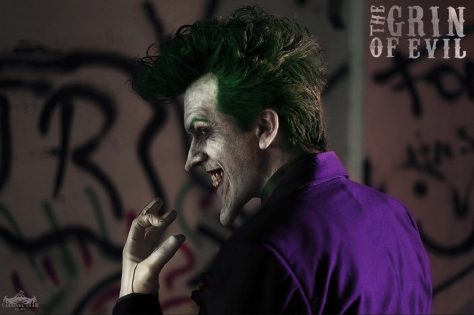 Thirty five local and international films are on the roster for the eventful night, including Joker, Batman, and Ghostbusters fan films. The festival will also feature crew Q&As, photo opportunities, and vendors to shop from!

Marking its fourth annual celebration, the Violette International Film Festival is coming back to the Art Kamangar Center at the Merced Theatre for one night only, this Saturday, Nov. 13.

More than 30 local and international films are on the roster for the afternoon, with doors opening at 5 p.m. and the event expected to run through 11:30 p.m.

“We are happy to be bringing back a live event to Merced,” said Christopher Velazquez, a local videographer and creator of the festival. “We are trying to do our best to bring something that is not only entertaining but also successful so we can keep doing this for future years. 2020 hit really hard, especially in the arts community. This is our way of showing that we are still alive and going.”

Because of the pandemic, Violette Films was unable to put on its usual fall festival last year and instead opted out for a virtual viewing earlier this year.

“In the spring of 2021 we had an online event where people could watch and stream submitted films,” Velazquez said. “It was only available for the weekend so viewers only had a day or two to watch the films. Unfortunately, we had films that we weren’t able to show during that event. … and so we ended up talking to the theater about doing our festival this year, and they agreed. If it was safe to do so, we could do a live event later on in the year.”

That was earlier in the year and thankfully, the Merced Theater gave Velazquez the green light in August, and so the filmmaker began preparing to bring the Violette FilmFestival back to Merced.

A collection of 35 local and international films are scheduled to be showcased at the historic Merced Theater beginning at 5 p.m. Aside from the films, the 2021 Violette Film Festival will also be bringing back its Q&A segment with filmmakers on stage, its red carpet, photo opportunities for attendees, and fun vendors to shop from!

The festival will begin with family friendly films and carry through the night with intermissions in between, and more adult oriented films beginning after 9.

“We structured it so if you want to go have dinner at 7:30 or 8 you can go, come back, and still enjoy the festival,” the filmmaker explained.

Violette Films will be showing the short film Sakura and Digimon: Echo Blast, a fan film mini-series also available to watch episode by episode on YouTube.

“We are showing Digimon Echo Blast as one continuous edit,” Velazquez explained. “The whole movie is going to be played out in its entirety instead of the episode by episode as we will be showcasing on YouTube.”

International fan films from Hong Kong, Argentina, and the United Kingdom are on the roster, as well as a film from India depicting a fictional account of French painter Vincent Van Gogh’s last five minutes of life.

Living in Crime Alley, a Batman fan film from London, will also be exclusively showing at the Violette Film Festival.

“Unfortunately, because of the travel restrictions in London right now, the filmmakers were unable to come to the festival, but they will be sending a video acceptance speech for an award they have won and a look behind the scenes of their film.”

Local filmmakers are expected to attend the event to accept awards and to participate in Q & As with the audience. Other filmmakers who cannot make the event will be sending in videos so attendees get an exclusive behind-the-scenes look and understanding of the filmmaking process and the artists behind the camera.

“Trial by Covid,” a documentary in collaboration with the Merced County Times detailing the affects the COVID-19 pandemic has had on Merced County will also be premiering at the Violette Film Festival. The documentary is the beginning of a three-part series that chronologically depicts how this region has handled the pandemic. Part 1 features interviews with local community members and details their immediate responses to the shutdowns that followed.

There is something for everyone at the Violette Film Festival!

“The Violette Film Festival is a family run festival with the goal of giving filmmakers of all skill levels and walks of life a chance to sow what they are made of,” Velazquez said of the festival. “This is the fourth year of our festival and with a beautiful venue at the Merced Theater and the help of the wonderful Merced Theater Foundation, we hope to put on an amazing event that the public can enjoy, live and in person.”

The Art Kamangar Center at the Merced Theater is located at 301 W Main St. You can call their box office at (209) 381-0500 for more ticket information.