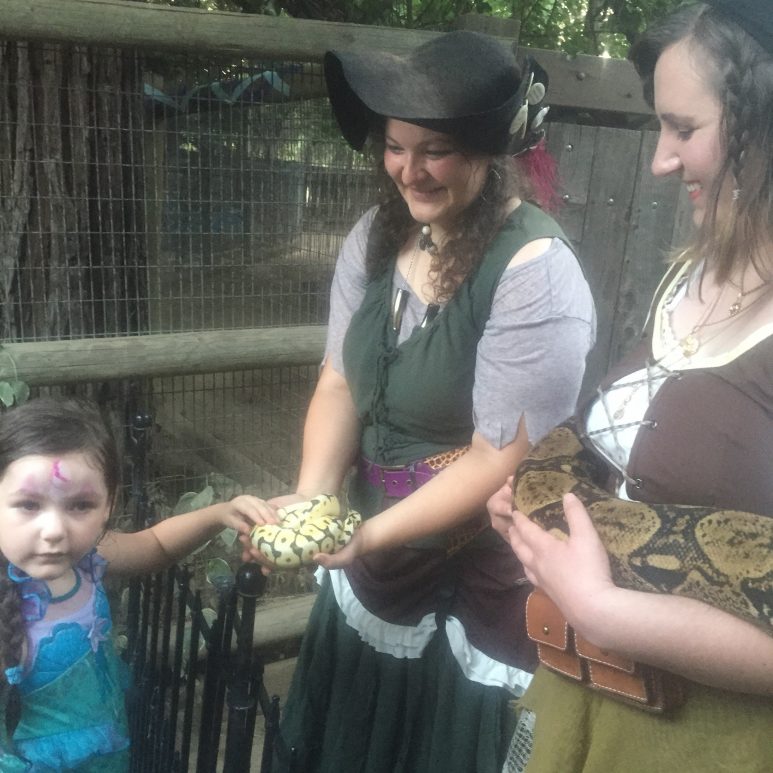 A child pets a ball python at the Applegate Park Zoo Pirates and Mermaids event. 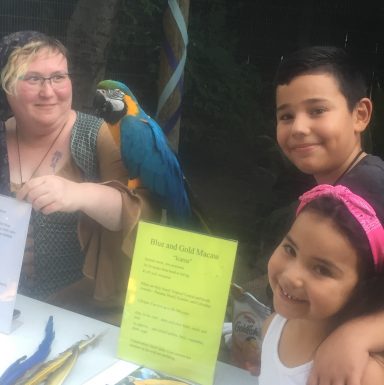 Christina Moschella and her macaw, Icarus, intrigued youngsters at the Pirates and Mermaids special event. 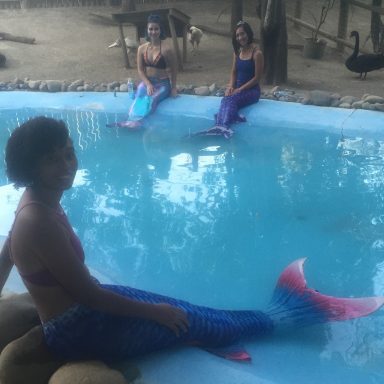 Volunteers posed as mermaids at the turkey/swan enclosure. 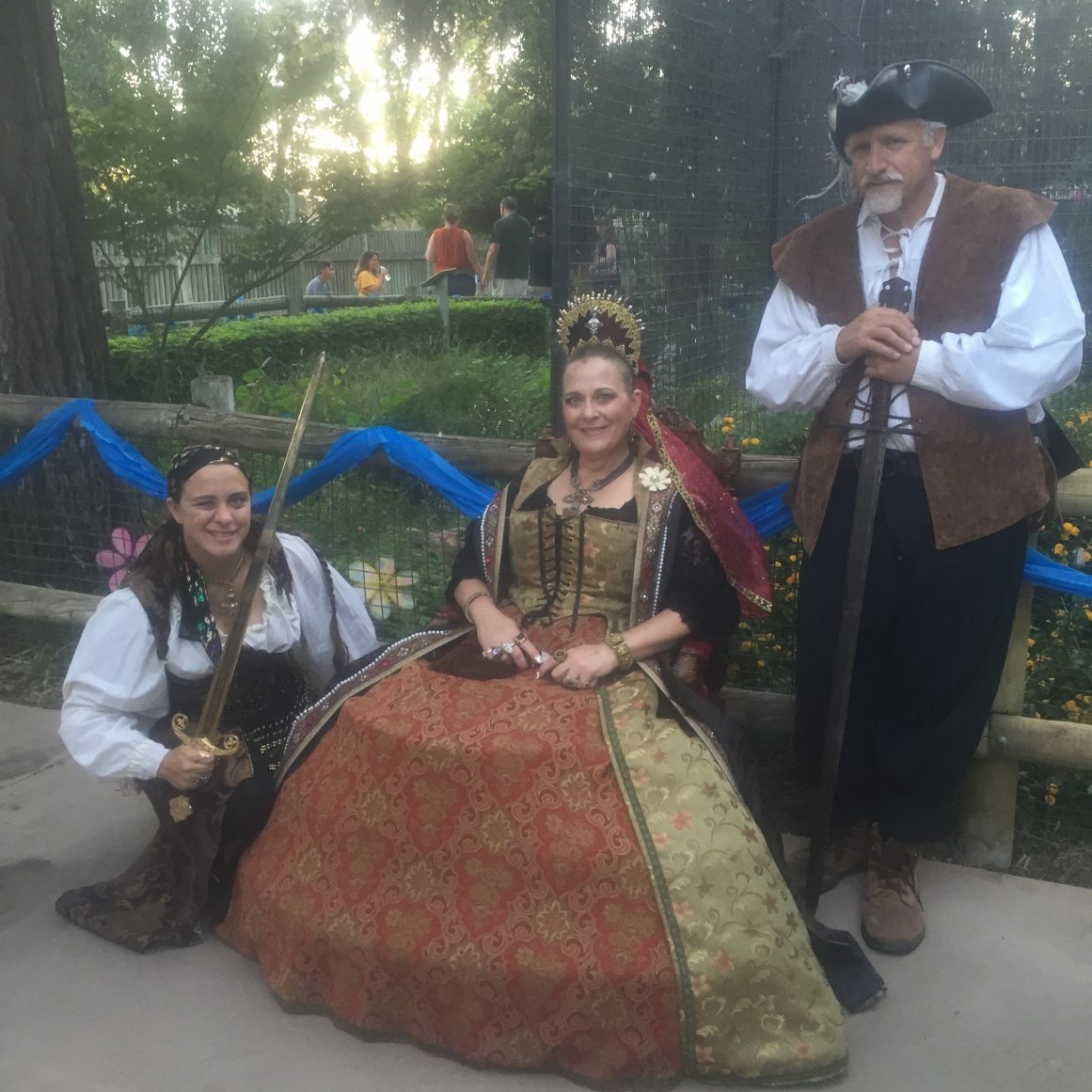 Jessica Esau (center) and her husband, Milford Esau (right), former zookeepers at Applegate Park Zoo, volunteered at the Pirates and Mermaid event, along with their daughter, Audrey Esau, age 18 (left).

Friendly pirates and marvelous mermaids was the theme at Applegate Park Zoo in Merced last Saturday evening as families enjoyed an after-hours special event while the heat of the day diminished.

Youngsters dressed up as either mermaids or pirates, and there was lively pirate music playing.

The two animal enthusiasts were high school classmates who became better acquainted when working at the zoo, started dating, and married in 1999.

One of the most funny memories from that era is that when pouring concrete at the zoo, their turkey got loose and left its footprints in the wet material.

They are now retired and enjoy volunteering and advocating for the zoo.

Near the zoo’s entrance, guests met Christina Moschella, who brought her 20-year-old gorgeous blue and gold macaw, Icarus, for them to see.

Icarus enjoyed interacting with Moschella, who is very fond of him, having owned him since he was 3-months-old.

For the first month, she fed him a mixture of yogurt, peanut butter and warm water using a syringe.

She said, “You find macaws in Brazil, Peru, Ecuador and Panama.  They live to be 80 to 100-years-old.  After choosing a mate, they stay with their mate for life.”

As he matured, she believes the macaw substituted her for a mate.

Gesturing to a pouch in his throat area, she said, “They can hold food in their crop.  Then, their head bobs up and down and they regurgitate it to feed their mate.”

Moschella was a little upset when Icarus spit up a banana on her one day.

The macaw, she explained, is the largest of the parrots, but Icarus is a middle-sized one.

She laughed, “He does talk, but he’s a little shy.”

Further down the path, there was a station where children were having a good time doing arts and crafts.  One of the activities was coloring fish.

Around the bend, there were two snakes on display by their owners – – a ball python and long red-tailed boa.

Curious children were allowed to pet the snakes, and the snakes did not seem to mind.

On the back side of the zoo, there was a surprise for the children!

At the turkey and swan enclosure, zoo volunteers dressed as mermaids sat next to an enormous pool of water, looking out at the guests, and nearby, another mermaid sat outside the enclosure so that parents could photograph their children with her.

Walking down the shady paths, guests saw the California native animals the zoo specializes in, such as bears, bobcats, mule deer, coyote, raccoons, red and gray foxes, desert tortoise, water fowl, and a  variety of birds of prey.  The majority of zoo inhabitants were either confiscated because they were illegal pets or were rescues.