Let ‘Cats’ at Playhouse remind you of happiness 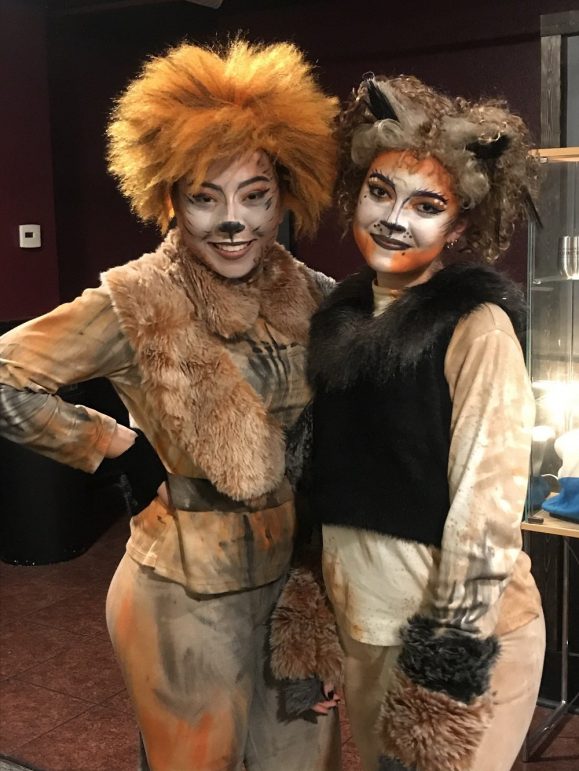 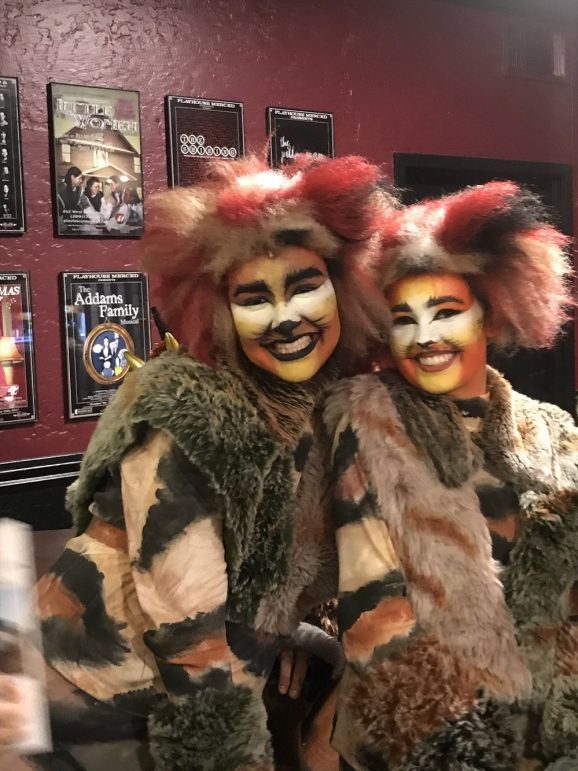 Isaiah Flores as Mungojerrie and Emmaleigh Irish as Rumpleteazer were one of the many highlights of Playhouse Merced’s production of “Cats”, the musical.

Actors elaborately and stunningly dressed as cats, strutting, leaping and singing, and otherwise moving and meowing just like the animals they were portraying, filled Playhouse Merced’s stage during the opening show of “Cats”, the musical by Andrew Lloyd Webber based on “Old Possum’s Book of Practical Cats” by T. S. Elliot.

The magical and creative production is directed and choreographed by Corey Strauss, Jessica Dimpel and Katy Uyeno and musically directed by Darrel Lingenfelter.

As the musical begins, the cats have gathered for their annual dance at the Jellicle Ball to celebrate under the light of the Jellicle Moon and perform annual pageantries to their Jellical Leader, Old Deuteronomy.

Each year, Old Deuteronomy selects one cat that has earned the reward of the journey to the Heavy Side Layer. No one knows who will be chosen. The cats understand the Heavy Side Layer to be the other side — either a farewell to the ninth of their cat lives or perhaps it is where they begin again.

Who will be chosen?

For the answer, it is best to see the show.

There are many highlights of the show, such as “Mungojerrie [played by Isaiah Flores] and Rumpleteazer” (played by Emmaleigh Irish).

A theme of the production is Cats are not Dogs.  The cats have several names, and care must be taken to address a cat correctly.

According to the directors (who have a strong connection with the Cats and can convey what they wish to communicate): “Some would argue that there is little to no sense to be made from an evening with Cats; how could any human every fully understand. Yet historically, we Cats have been watching all of you humans for millennia. So we have prepared to present our Jellicle selves tonight, as humanly as possible, for you to understand.”

After the show, Corey Strauss told the Times, “We did not want the performance to be just dancers in leotards.  We wanted to pay attention to the plot line.  We were trying to have the human aspect of cats show through.  Cindy [Strauss] and I came up with the concept of not using leotards.  Instead, we designed clothes and hand painted them to match the character created.”

The Cats’ costumes and  make-up and the beautiful score well sung makes this production of “Cats” a must see!

The show runs through December 15 at the theater located at 452 W. Main Street in Merced. For further information, those interested can call the box office at (209) 725-8587.

What will community members look forward to at the MAC in 2020?