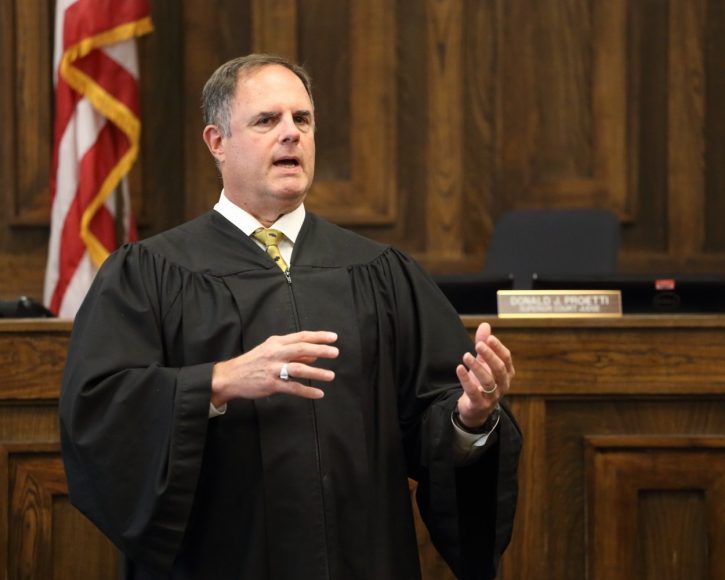 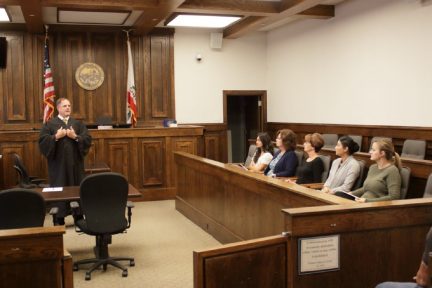 The honorable Judge Donald J. Proietti speaks with CASA graduates prior to swearing them into their new roles. Proietti impressed upon them the important role they will be playing in the lives of local children caught up in the legal system. 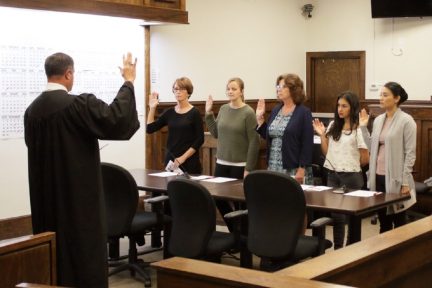 CASA graduates recite their oath as they are sworn into their new positions. 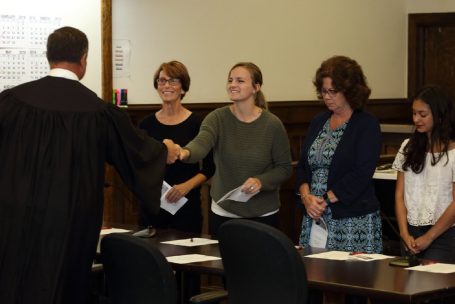 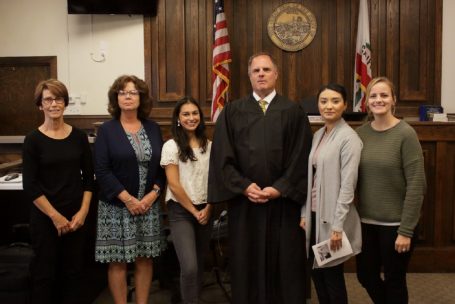 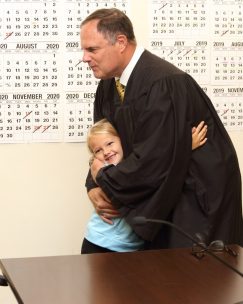 Following Tuesday’s ceremony, a child in the audience made her way to meet Judge Donald J. Proietti and was greeted with a hug.

The Court Appointed Special Advocates (CASA) of Merced County celebrated the successful graduation of their 31st Class on Tuesday evening.

After making their way into the Juvenile Dependency Courtroom of the honorable Judge Donald J. Proietti, the six new graduates were officially welcomed into their new roles with a swearing in ceremony.

CASA was founded in 2010 to train volunteer advocates who look after the best interests of abused and neglected children within the local court system. Over the course of 30 hours of instruction, trainees take a deep dive into what will become a critical, life-changing role.

They learn the law, the child protection system, the court system, cultural norms of various groups, family and childhood dynamics, how to communicate as a CASA volunteer, how to properly gather and document information, how to write court reports, how to monitor a case, and finally, how to prepare for future positive outcomes.

The most recent members of CASA to be sworn in include: Julisa Maldonado, Cherylyn Abrams, Stefani Durbin, Terry Gunter, Teanna Herrera and Deborah Breth. These dedicated and inspirational advocates will work with government and community resources to make sure each foster child they are assigned to is growing up in a safe environment and supportive home.

CASA of Merced County is critically important to the local community, but it also relies on donations, and the generous volunteering of time by people throughout the Merced region.

Currently there are 119 advocates throughout the county helping 381 children. There are hundreds more children in need of CASA service. To learn more about CASA, readers are encouraged to stop by their office at 2824 Park Avenue, Suite A, in Merced, or visit online at: MercedCASA.org.