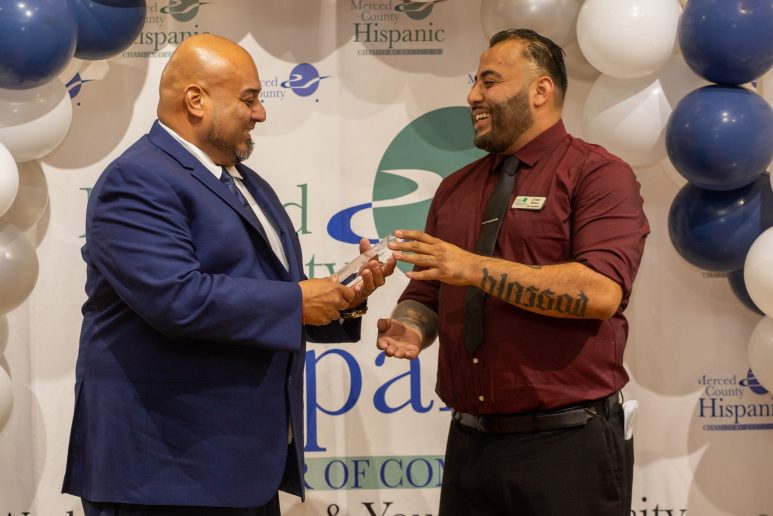 David Padilla was named the MCHCC 2022 Man of the Year. 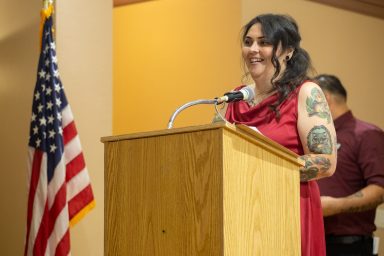 Patricia Pratt was named the MCHCC 2022 Woman of the Year. 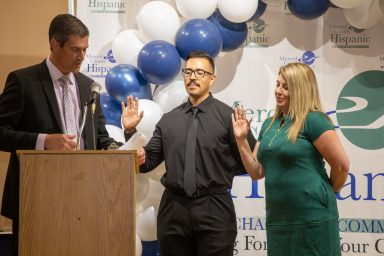 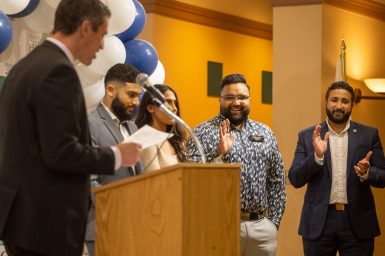 Members of the Merced County Indian Chamber of Commerce Board of Directors were sworn in by Merced Mayor Matthew Serrato. 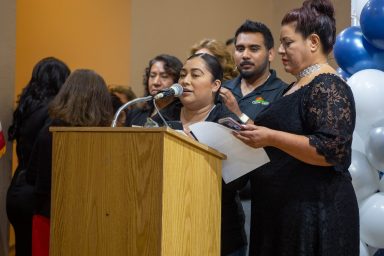 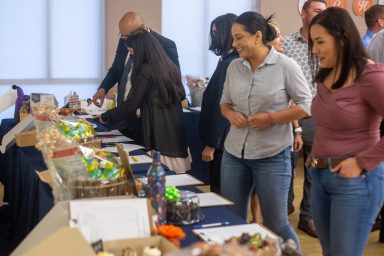 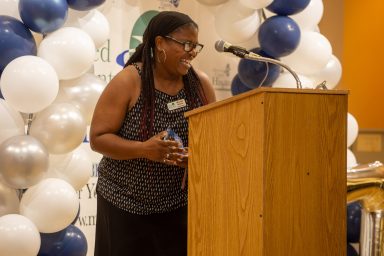 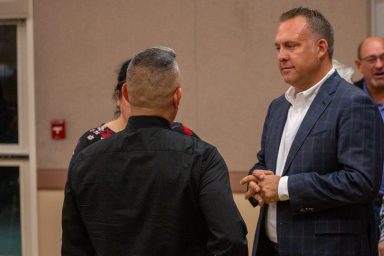 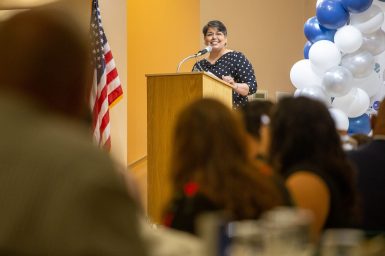 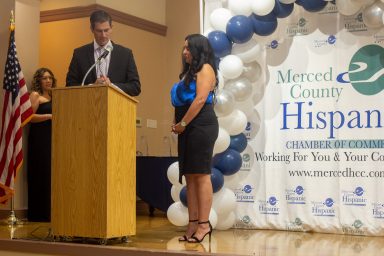 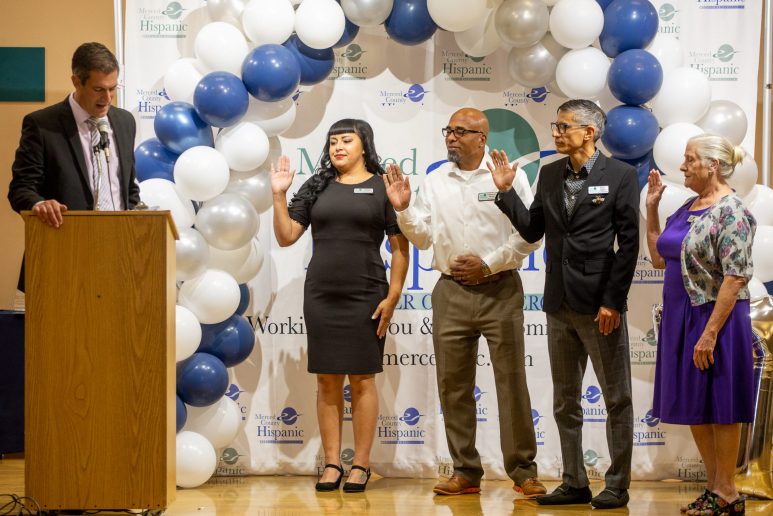 Members of the MCHCC Board of Directors were sworn in by Merced Mayor Matthew Serrato. 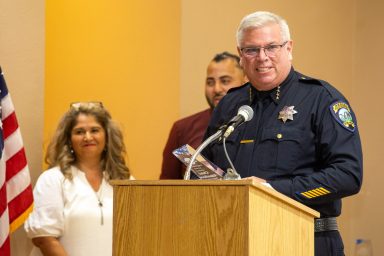 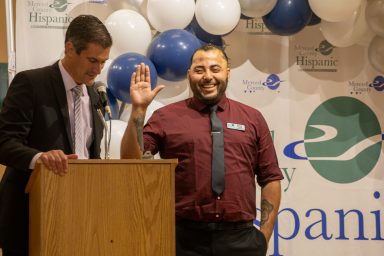 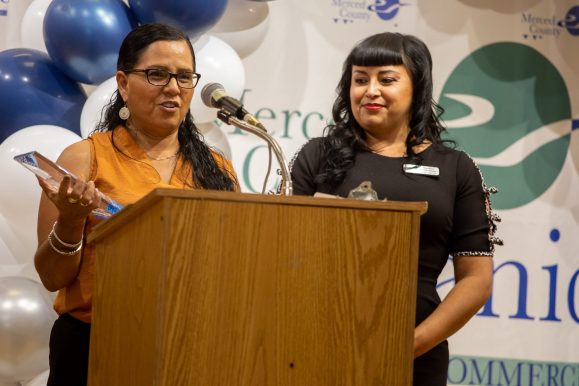 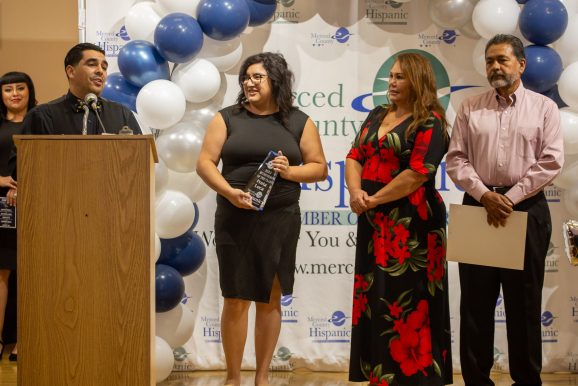 Fruta Loca was named the MCHCC 2022 Business of the Year.

The Merced County Hispanic Chamber of Commerce (MCHCC) celebrated its 75th year of helping local businesses establish themselves in the community with an annual installation and awards dinner held last Friday night at the Merced Senior Center.

The chamber named David Padilla as the 2022 Man of the Year. Born and raised in Merced, Padilla has for many years organized toy drives during Christmas holidays for local kids, purchasing toys and bicycles. Additionally Padilla is known for his affiliation with local car clubs and organizing numerous events in downtown Merced. The money raised from these events has gone to his Christmas Gift Program, in his attempt to fulfill his dream that every child receives a gift during Christmas. Padilla actively volunteers for other programs, including the Merced Golden Lions

Local artist and creator Patricia Pratt was recognized as the 2022 Woman of the Year. Working as the owner and operator of Kreepy Kawaii Designs, a public art gallery in downtown Merced, Pratt strives is to further and promote local artists’ career development. She is currently the California program director for URBANISTS Collective, a non-profit arts organization which specializes in civic engagement using art as public outreach.

Fruta Loca was named the 2022 Business of the Year. Getting its start 15 years ago at local Flea and Farmers Markets, the local business has worked hard to make a successful enterprise. The shop’s main purpose is to give back to the local community through its involvement with local organizations like the Peoples Fridge, Bobcats Eats Waste Food Program, Merced United, Halos Boxing, Merced College Men and Woman’s Soccer and more.

Cultiva La Salud was named this year’s Nonprofit of the Year. Formed in 2005, the Latinx-serving organization is dedicated to creating healthier and equitable communities by making use of an environmental policy and systems change approach to help community members lead healthier lives. A particular emphasis of Cultiva La Salud’s work has been placed on communities disproportionately affected by health inequities and social injustices: low-income people of color living in under-resourced and immigrant communities.

Ravello’s Event Center was named the 2022 Community Partner of the Year. Founded in 2018 with a dedication to creating a diverse catering service for the local community, Ravello’s has worked to provide an incomparable experience that consistently goes above and beyond for their customers.

Founded in 1947 by a group of dedicated leaders in Merced, the MCHCC strives to serve all of Merced County as a community-oriented organization. The local chamber works to promote Hispanic-owned small businesses and further the economic development of all Merced County businesses through advocacy, networking, marketing, educational or training opportunities and by creating valuable partnerships with the local community.