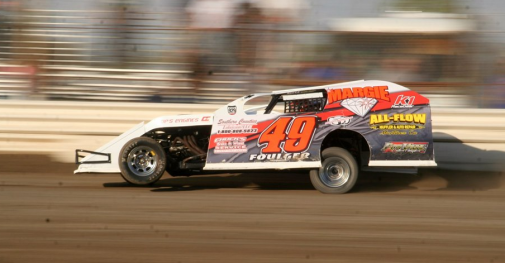 Troy Foulger #49 is the first IMCA Modified racer to get two feature wins this season. 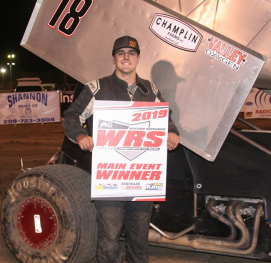 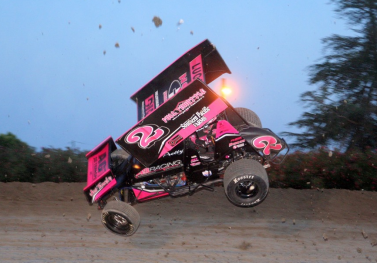 Brooklyn Holland #2 flipped her Sprint Car in her heat race.

The IMCA invert put Foulger back in 10th starting in the Bill Bowers owned Modified. He had Antioch Speedway champion Nick DeCarlo starting right behind him in the lineup, and the two drivers steadily worked their way to the front of the pack to challenge leader DJ Shannon, who was going for his second win. Foulger would make the winning pass and go on to the impressive victory. Shannon held on for second, followed by DeCarlo, Ryan Porter, Randy Brown, Ramie Stone, Anthony Giuliani, Josh Combs, Derek Nance and Jeff Streeter. There were three 10 lap heat races, and wins were recorded by Brown, Foulger and Shannon. Combs started last in the B Main and won ahead of Bob Williamson, Dylan Shriner and Monty Tomlinson.

Grant Champlin won the 20 lap IMCA RaceSaver 305 Sprint Car Main Event. Champlin also won the group’s first visit of the season back in April. Champlin started back in eighth and moved quickly through the field to challenge Michael Pombo and Rob Solomon. Once he got around the duo, Champlin went on to win ahead of Kyle Rasmussen. Solomon settled for third, followed by Pombo, Brendan Warmerdam, Jacob Pacheco, Brooklyn Holland, Rick Bray, Brandon Burd and Mauro Simone.

Simone’s race ended in a late crash into the fence. Holland had to make repairs following her flip in the first heat race, which was won by Rasmussen. Solomon won the other 10 lap heat.

Tim Crews remained perfect with his third 20 lap California Sharp Mini Late Model Main Event win. Crews started in the third row and battled his way to the front of the pack with Logan Clay, who was looking for his first win of the season. However, Clay settled for second behind the flying Crews. Kaylin Lopez looked good with a third place finish, followed by Ian Shearer, Jeremiah Enriquez, Kennzzie Brown, Riley Jeppesen and Carson Guthrie. Jeppesen won the eight lap heat race.

After learning that Lemoore Raceway had to cancel early in the week due to the rain, Merced Speedway General Manager Doug Lockwood took a poll on Wednesday to determine whether there was enough driver interest to add the Micro Sprint division to Saturday’s show. He asked for a minimum of ten commitments for the Winged and Wingless Micro divisions to get races, and the response was so overwhelmingly positive that both groups were added to the show. Lockwood is interested in having more visits from both groups in the future, and the support shown on this occasion proves that racers want to run on the quarter-mile clay oval.

The speedway will be dark this Saturday night, but they return for their annual Merced County Fair race on June 5. IMCA Modifieds and IMCA Sport Modifieds will be competing that night. For further information, go online to: mercedspeedway.net.