Fair pays tribute to local soldiers who died since 9/11 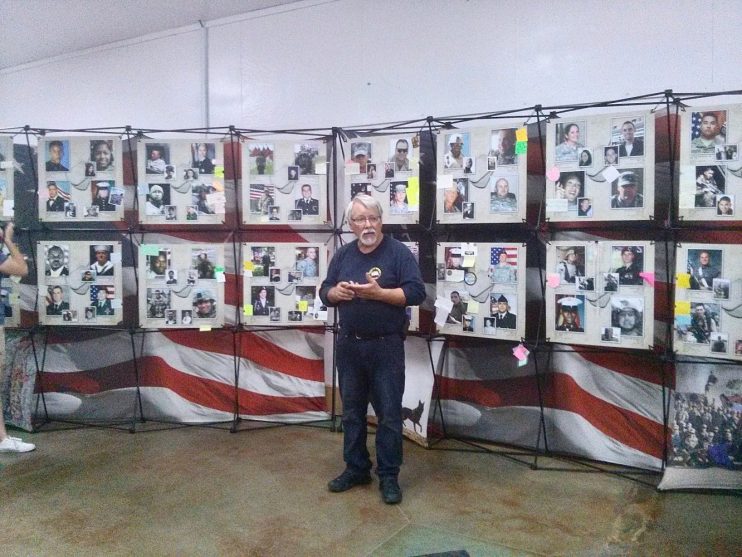 Ron Zell from Patriotic Productions hosts ‘Remembering Our Fallen,” sharing the importance of why we must never forget. 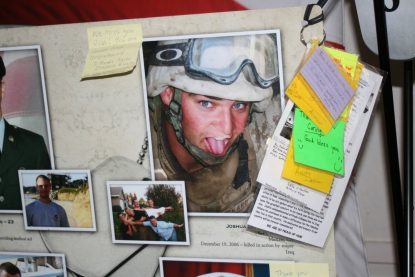 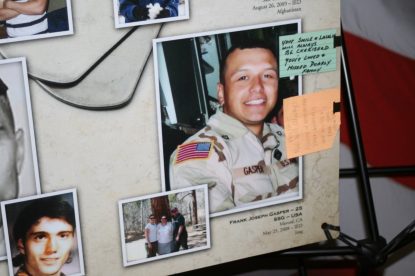 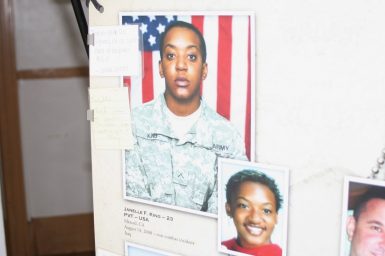 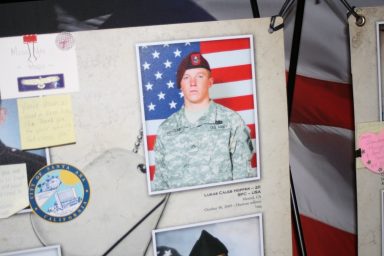 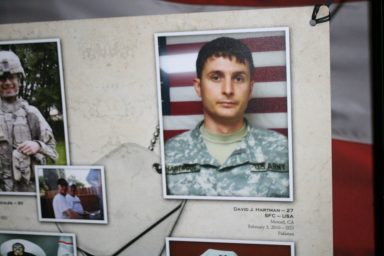 A powerful, national memorial created by Patriotic Productions invited visitors to the Stanislaus County Fair to “Remember Our Fallen.”

There have been 750 men and women from California killed in the War On Terror since 9/11.

The California memorial presented at the fair is part of a group of 17 state memorials. Each memorial includes the veteran’s name, hometown, family photo, military photo, and how he or she died. Notes travel with the displays expressing the love and heartache of those left behind. The project began in Nebraska and quickly grew larger, sending it across America.

Ron Zell, who managed the memorial presentation at the Stanislaus County Fair, estimated that nearly a dozen servicemen in the exhibit were from the local area. The display remembers not only those who died in combat but those whose sacrifice brought them home, who then later died from suicide caused by PTSD.

gosh, but to 1) recognize the cost. Good grief, I have had people come to me and say I know the

details of the data but this is so real. I never realized, but when I look into the faces, when I look

into the eyes, when I read the stories, just how just impactful this is. And the other reason, I

think, this is really important is it’s a way for us to honor their sacrifice. The people who come

and visit and see and leave notes and sign the logs, it may be the only time they’ve thought

about it in recent years or put it in perspective.”

He continued, “One of the things I tell people about remembering our fallen is not to remember that they’re dead, but if you want to remember our fallen, read the stories, talk to the parents, the mothers, brothers, sisters, and find out how the fishing trip went. Find out what it was like when they got their driver’s license. Find out how Dale died, out there from Turlock (a lady was just talking to me about that a few minutes ago). Or a young man was telling me about his friend from Modesto who is out there on the outside wall. The stories come back. The stories are alive and their spirit isn’t dead. That’s how it isn’t dead: when people talk and get together and realize, ‘He went to my school … He lives just down the street from where I was when I was a kid.’ That’s my whole thing in bringing this. People can identify a connection.”

County leaders start 2022 with new chairman, list to build on

City approves police upgrades after questions about the need