Dogs were barking up the right tree at Applegate Park 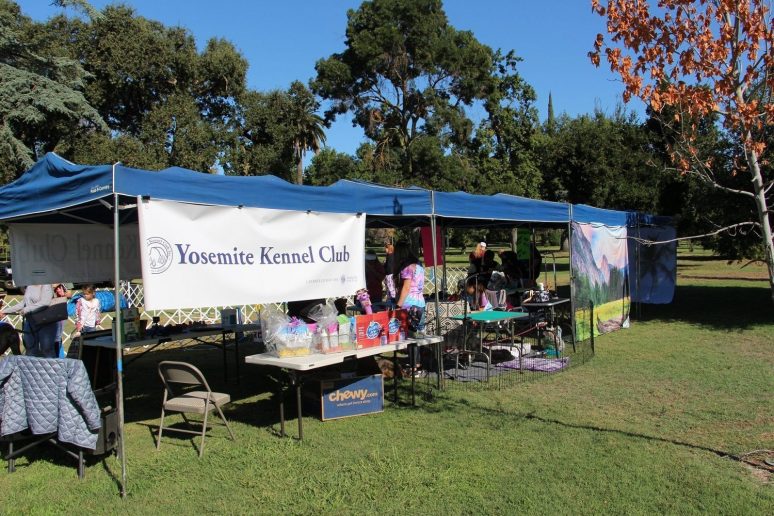 With dozens of experts, pet workers, and animal lovers on hand, residents were able to have all of their pet related questions and needs taken care of on Sunday during the Yosemite Kennel Club’s Doggy Fun Day. 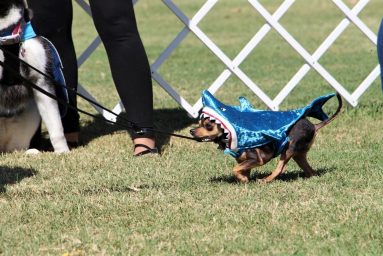 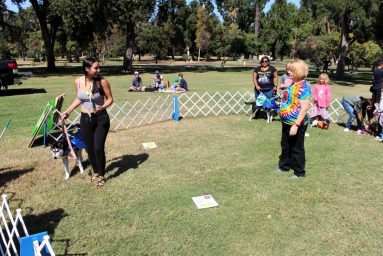 Local residents strut their stuff alongside their companions in costume during the event’s costume contest. 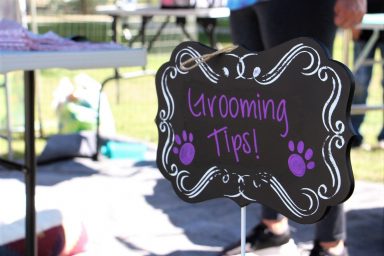 Pure Joy Pet Salon was on hand during Sunday’s event to give owners advice on how to handle even the hairiest of pet grooming questions. 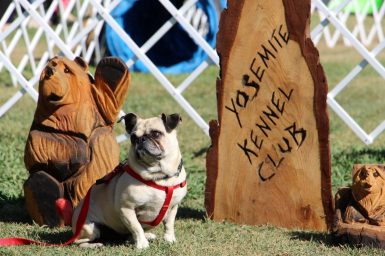 Four-legged Mercedians pose alongside of a Yosemite Kennel Club sign and some new wooden friends during one of the many photo opportunities set up throughout the event. 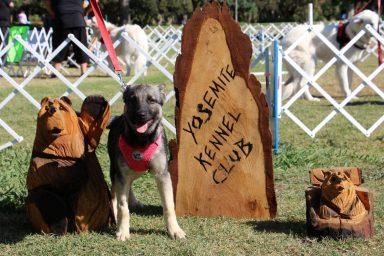 Four-legged Mercedians pose alongside of a Yosemite Kennel Club sign and some new wooden friends during one of the many photo opportunities set up throughout the event.

Applegate Park in Merced was filled with four-legged friends last Sunday as the Yosemite Kennel Club invited both club members and the public to participate in their Doggy Fun Day event.

The day’s activities included everything from costume contests and agility courses to an array of resources for man’s best friend.

Of course the highlight of the event was the large turnout of dogs of all sizes while club members and local pet owners came together. Throughout the event, both humans and their canines were able to socialize and meet a large group of like-minded individuals. With the relaxing greenery of the park surrounding them, residents were able to enjoy what they enjoy the most — a sunny day out with Fido.

The Yosemite Kennel Club was founded in 1964 and accredited by the American Kennel Club in 1973. Since its inception, the non-profit organization has worked to bring the fun of dog showmanship to the Merced area. Throughout its existence, the Yosemite Kennel Club has made both obedience and conformation training classes available to the public for an affordable price.

In addition to working with the public, members of the Yosemite Kennel Club have worked to positively impact everything from state politics and legislation aimed at dogs and their owners to donating time, money, and energy to local no-kill shelters and the Sheriff’s Office K-9 program.