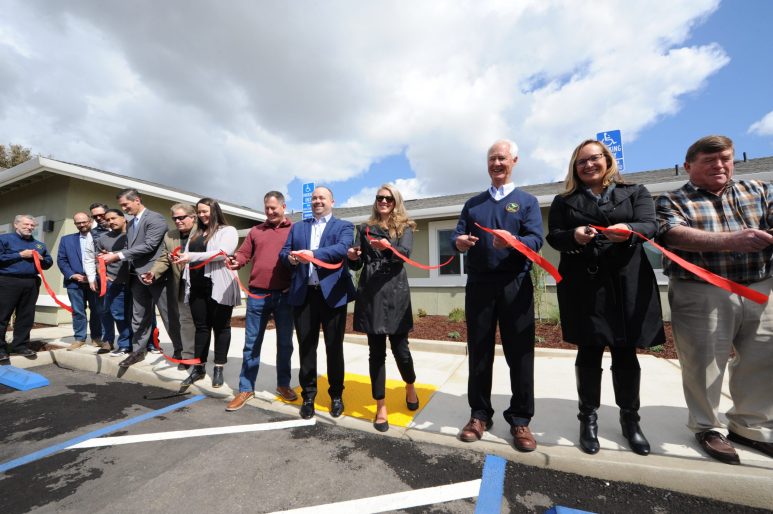 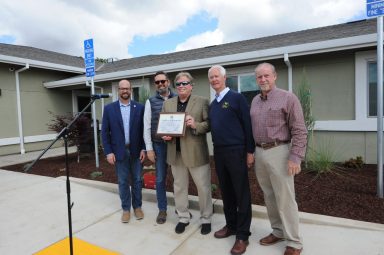 County Supervisors Josh Pedrozo, Daron McDaniel and Lloyd Pareira join with Mark Mayo, the chairman of the Mission board (at center), and Mission CEO Bruch Metcalf, second from right. 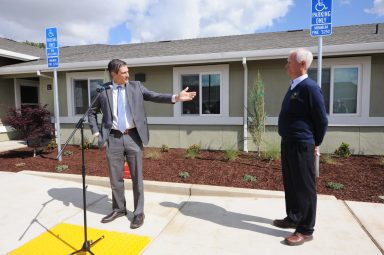 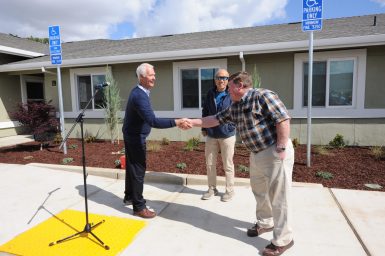 Mission CEO Bruce Metcalf shakes the hand of one of the builders on the project. 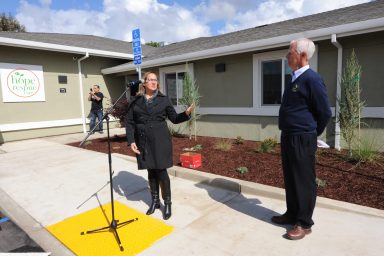 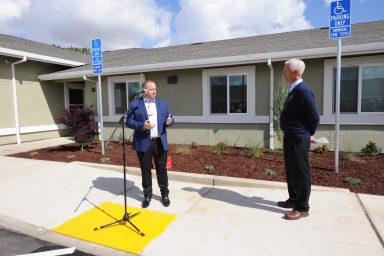 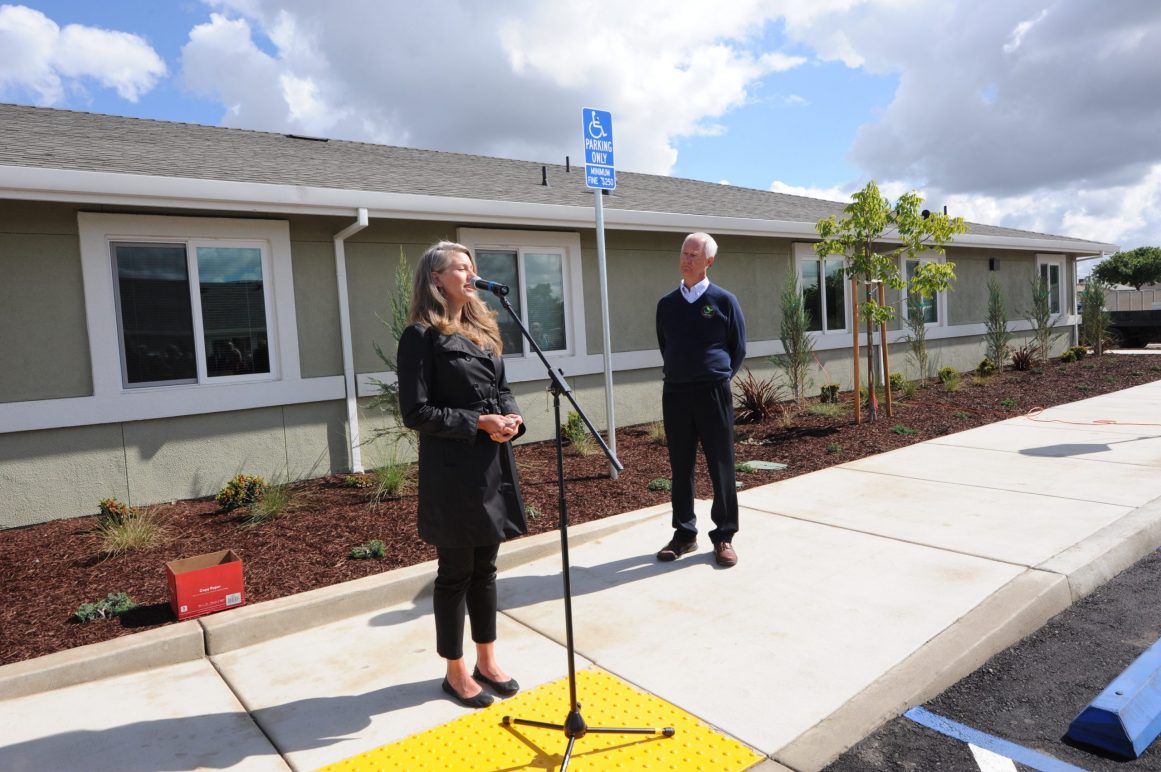 Stephanie Sonnenshine, the CEO of the Central California Alliance for Health, talks about the Village of Hope project.

Community collaboration was the key to transforming years of vision-casting and hard work into the reality of a larger campus for the Merced County Rescue Mission.

This was apparent last Friday when leaders and nonprofit representatives cut the ceremonial red ribbon to officially open Phase One of the Mission’s new Village of Hope campus.

Three new facilities — Hope Respite Care, Hope for Families, and Hope for Veterans — will provide housing, food and respite care for those people who have experienced homelessness. There is also a “sobering room” for those suffering from drug and alcohol abuse.

It’s part of a $8 million plan to build out a 5-acre campus in Merced just south of the Merced County Fairgrounds. Phase Two, the faith-based side of campus, will provide a building for our Hope for Men and Women program and space for classrooms, a chapel, and offices.

The Mission has managed to raise $5 million toward the goal, along with the support of the Central California Alliance for Health, Dignity Health Mercy Medical Center, and the Central Valley Opportunity Fund. Community donations have also came in, including the initial seed money from Bill and Carolyn Ahlem to buy the land.

Merced Council to request A.G. for investigation into Police Dept.