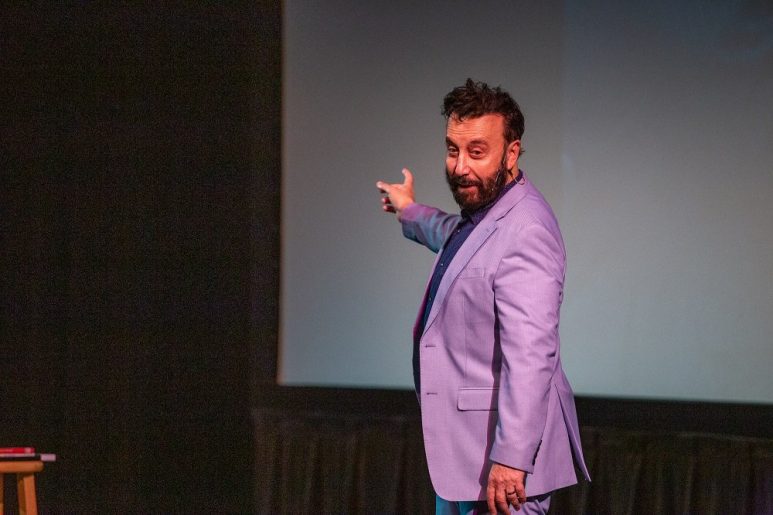 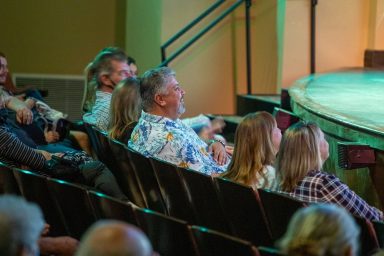 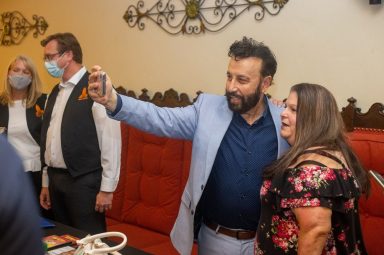 Residents looking for a night of comic relief got their wish last Friday night at the Merced Theatre as renowned comic Yakov Smirnoff took to the stage.

Smirnoff’s show — Make America Laugh Again — was months in the making after initially being slated for June but was rescheduled following restrictions aimed at curbing the COVID-19 pandemic.

As the show opened, theatre patrons took in a quick video detailing Smirnoff’s involvement in a-larger-than-life art project focused on the Twin Towers, the terrorist attacks that brought them down, and the all-encompassing response that occurred across the country and throughout the world as those who could helped those in need recover and grieve.

The painting “America’s Heart,” which portrays a large heart overlaid with an American flag in front of the Twin Towers scene with the Statue of Liberty in the foreground, was displayed as a mural over Ground Zero. At the time, Smirnoff wished to have his project simply displayed and remain anonymous.

As Smirnoff made his way to the center of the stage, the laughs from the crowd started immediately as the comedian came out in surgical garb, complete with a full face shield and gloves. Throughout the show, Smirnoff coupled humor with touching accounts of growing up under the rule of the Union of Soviet Socialist Republics before he and his family emigrated to the United States of America in the 1970s.

Throughout the show, Smirnoff kept the laughs coming as he detailed both serious and comedic run-ins with famous actors, past presidents, political leaders on both sides of the aisle, as well as the Pacific, and more.

Smirnoff also detailed his time establishing his career at The Comedy Store where Pauly Shore’s mother Mitzi Shore, took him under her wing as the owner of the comedy club. From there, his view of life in his new country through the eyes of a poor immigrant captured the hearts of Americans and led him to performing on “The Tonight Show” with Johnny Carson and “Night Court.”

Most recently, Smirnoff has earned a PhD in Leadership from Pepperdine University.

Shop With A Cop Warms Hearts At Merced Mall