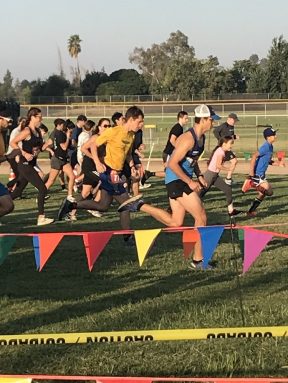 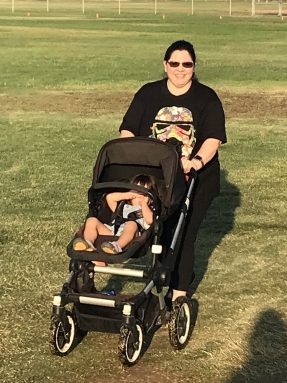 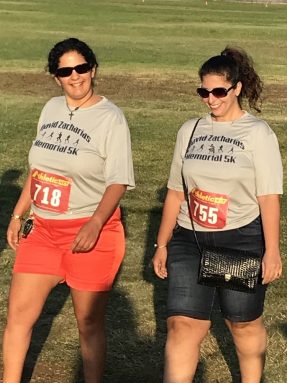 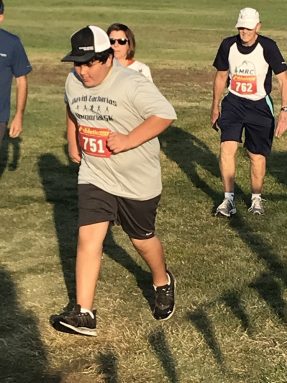 Zacharias was an outstanding supporter of the community who fell unconscious while jogging in Merced in December 2018 and unexpectedly passed away in a Modesto hospital shortly afterwards.

Garcia, who became friends with Zacharias through the Merced Running Club, announced that Zacharias is the guardian angel of the participants and he feels his spirit is with them.

At the sound of the gun, the pet-friendly and stroller-friendly event got underway as two groups of people, one on either side of an inflatable arch, eagerly set out from the start line.  They enjoyed jogging or walking in the cool morning air along the track, doing three one-mile loops.

At the end, medals were given to the top three participants in each age group per gender.

Garcia told the Times, “My wife and I were at a play, and we saw David Zacharias perform.  I was aware that running was a passion of his, but I had not known he was involved with Playhouse Merced.  Whether it was for the cause of running or the theater, he passionately supported the community.  He was very vocal and when he found something he liked, he really expressed himself and that is what I liked so much about him.

“I met Dave when he was an officer in the club.  David was a big supporter of running, as well as the Cross Country and Track team.  The kids got to know him, and he got to know the kids because the kids volunteered at all three events.

“Whenever we needed uniforms and shoes, the Merced Running Club would step in, and Dave was the first to speak up and support any cause that benefitted our distance runners and other high school athletes.

“I had many conversations with David about our local youth and just enjoyed talking to him in general.

“This Run was a long time coming.  We were unable to put this event on last year due to COVID although it had been scheduled, and now that we’re able to do outdoor events, it will be an annual event on the Saturday before Labor Day.

“Formerly, it was known as the Thunder Two Mile Classic.  We’re renaming the event the David Zacharias 5K Memorial Run.  Each runner gets a packet with a picture of Dave and a short bio, as well as a personal message from me.

“The Run draws between 400 and 500 runners each year.  This year, we had 475 pre-registered runners for the 5K and the six high school races following which range from two to three miles for the varsity races.

“The air quality improved from last week making the Run pleasant, and we had some local crafts and booths and some taco trucks and some drinks so we’ve made it a family event and this is all to honor the memory of David Zacharias.

“I tell my kids when we run, Dave is our cross-country angel and looks out for us.”