‘Originals of Yosemite’ takes visitors back — and forward 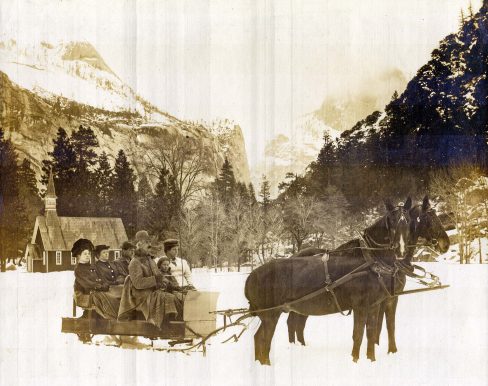 Winter Wonderland in Yosemite by Julius Boysen, circa 1900s. 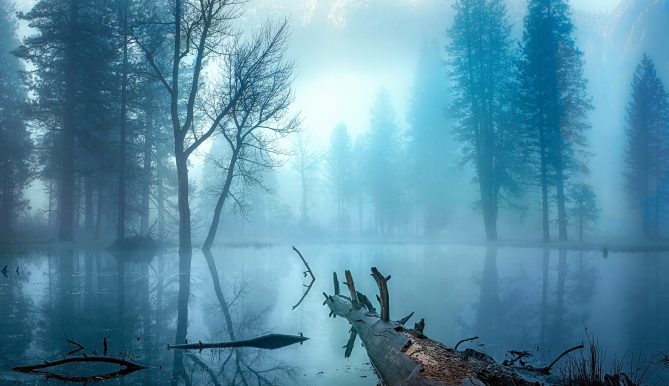 The Merced County Courthouse Museum’s newest exhibit, “The Originals of Yosemite,” will provide a look back in time to some of the many original inhabitants, visitors, business owners, rangers, artists, managers, and everyone in between. Also original are the hotels, resorts, rituals, and, of course, the primordial granite monoliths and waterfalls that predate anything human by millions of years.

The exhibit opens this Thursday, March 7, at 5 p.m. During the opening reception, local photographer Jim Cunningham will give a PowerPoint presentation titled “Yosemite through the Lens of Jim Cunningham” at 6 p.m.

The first human inhabitants of the Yosemite Valley were Native Americans, and specifically those that lived in this place before Americans and Europeans arrived were the Southern Sierra Miwok and Mono Lake Piute who would come over Tioga Pass.

Chief Tenaya was the leader of the Ahwahneechee (native) or Yosemite (name given by foreign tribes) band which bequeathed the Valley’s name. Their legacy lives on in their surviving cultural representatives who still live and work in the area. Shortly after the Valley became known to Americans, newspaper and magazine articles recounting the natural splendors of the landscape attracted photographers, painters, naturalists, homesteaders, grazers, government officials, and the genuinely curious.

African-American soldiers, Chinese cooks, Native American artisans, and Central American geologists, and many others also significantly contributed to knowledge and traditions of the Park. And, of course, names like John Muir, Galen Clark, and Joseph LeConte are indivisible from Yosemite history for their contributions to natural science and conservation.

Some places retained Southern Miwok titles for a time — Pohono (Bridal Veil Fall) and Awiyah (Awiyah Point) — while others took on names that suited Western tastes — Glacier Point (Patilema) and Cathedral Rocks (Pusseenachucka). With an unprecedented influx of travelers, new accommodations sprung up in and around the Valley.

The early hotels lacked the grandeur of later attempts, but harbored the pioneer spirit. One of the first, Galen Clark’s Cabin built in 1857 and located in the Mariposa Grove of Big Trees, became a convenient way station and trading post. The Lower, Upper, Black’s, Leidig’s, Sentinel, Stoneman, and Glacier Point Hotels followed quickly in the decades that followed.

Camp grounds were also lucrative businesses for those that wanted to “rough it” including Camp Curry. The iconic Ahwahnee Hotel, completed in 1926, is the latest, biggest hotel in the Valley — a name and tradition that has endured into the early 21st Century.

Images of the awe-inspiring rises and waterfalls of the Valley galvanized interest and travel to the Park. Ansel Adams’ transfixing photographs are popular today for their meditating composition but even before this master, the geniuses of Carleton Watkins, Isaiah W. Taber, George Fiske, Arthur Pillsbury, Julius Boysen, and many more blazed a trail with their technological innovations and timeless art.

Cloudy winter scenes, moonlit rocks, and the many hues of the trees and flowers are still the inspiration for many artists and amateurs who have followed in their footsteps.

Despite change that jeopardizes “Our Yosemite” of yesterday, change is nothing new about Yosemite.

However, with an eye to history, we can remember the originals of Yosemite while also looking towards the future.

The museum is located at W 21st & N streets, in downtown Merced. For more information about the exhibit opening, please contact the Courthouse Museum at 723-2401.

‘Portraits of Merced County Women’ to open at Courthouse Museum