Merced artist Ruben Sanchez to be focus of documentary

Ruben Sanchez has been an artist for his entire working life. And it shows.

From working in the fields to becoming a produce vendor, the depiction of agriculture and hard work is clearly seen in the colorful canvases that Sanchez creates as representations of his life and the experiences he has been through.

Born in Fresno and raised in Merced, Sanchez grew up working in the fields alongside his family. His grandparents had been farm laborers, as had his parents, and as a third-generation laborer, the relationship of growing, picking, painting and selling fruit is simply rooted in Ruben Sanchez.

“I would always enter school late,” he recalls. “During the summer my father and I would pick raisin grapes. I remember walking through the grapevines and seeing kids at the school by the ranch. They would be in school and I would still be working. Because of that, I was always a week or two late in school — that’s just how it was.”

Sanchez also picked tomatoes. He remembers the juice of the tomatoes permanently staining his clothes and even making his pants stiff. Clothes would specifically have to be set aside for the tomato picking season.

He remembers the growers that would plant the fruit down onto its dirt bed. He remembers helping his dad carry buckets of peaches down to their boxes — although he hated the fuzz. And most of all, he remembers the campesino, the poor farm worker.

“Their hands are picking the harvest,” Sanchez explains. “Their working hands literally feeds the world. The almonds, the grapes, the peaches, the vegetables, all this produce is being shipped around the world. Campesinos are hand picking the fruits that will be physically sent somewhere else. It’s not a machine — it’s a human that knows the difference between a good fruit and one that’s not good.”

Considering the Central Valley produces one fourth of the nation’s food, the job of campesinos is done with a great deal of hard work and patience.

His pieces of artwork reflect himself, his people, and the significance and importance of the campesino.

From picking to selling, Sanchez went on to sell produce at farmers markets all while consistently creating, collaborating, and showcasing artwork at exhibitions through the Central Valley and around the world.

“As I change style, I carry the campesino with me,” He said. “Being of the valley — it’s there.”

With over 50 years of experience, Sanchez’s work has made a name of itself. As his website states, an artist, a muralist, and a printmaker.

“I always tell young artists, and to myself, be yourself,” Sanchez advices. “In terms of whatever personal experience, you have had. Show that in your work, show that in your art. Don’t try to be someone that you are not, be who you are.”

“There’s hundreds of artists, but there is only one you.”

Sanchez has worked as a self-employed artist creating art on windows, canvases, and even walls. He is also a founding member of the Contemporary Humanitarian Artists Association (CHAA).

Looking into the future, Sanchez hopes to continue consistently making art as he sees fit. He is currently being filmed for a documentary on his life and a highlight on his artwork.

In collaboration with Merced’s Multicultural Arts Center, a video documentary is in the works for the life of Ruben Sanchez and his impact on the Central Valley.

Spearheaded by Professor Richard Gomez of UC Merced, the video is being directed by local videographer, Earvin Mendoza.

“Ruben is a great representation of an artist,” Mendoza explained. “He proves that no matter the background you have, success is determined by the hard work you put in.”

“As soon as I got my first interview in with Sanchez, I knew this wasn’t going to be a 10-minute video,” the director said.

From the first-ever Dia de los Muertos exposition in downtown Merced, to the one-man shows he’s been featured in at Merced College, to his relationship with Arte America in Fresno, the life and journey of Ruben Sanchez is a colorful one.

Simply put by Sanchez, “There is always more to learn and discover.”

His life is clear proof.

For more information on Ruben Sanchez or his artwork, you can visit his website at www.rubensart.com. 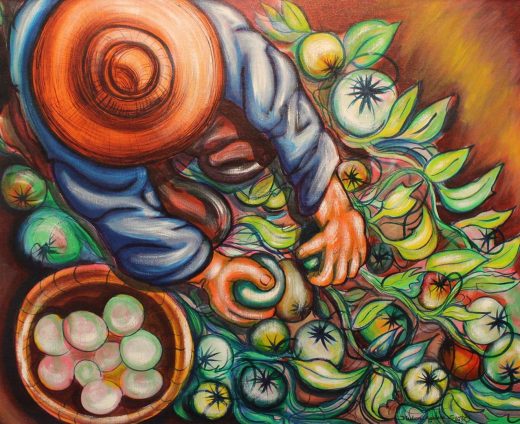 ‘The Tomato Picker’ by Ruben Sanchez. 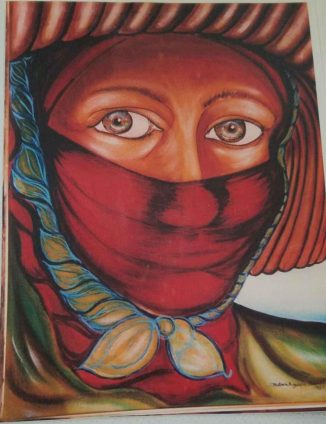 Working as a campesino, Artist Ruben Sanchez was able to reflect the working laborer into his colorful art pieces. 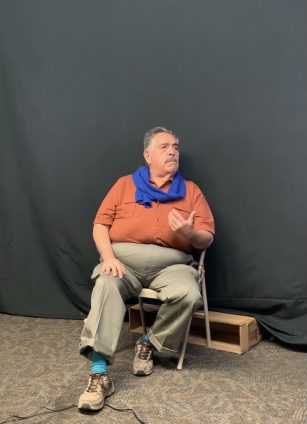 Artist Ruben Sanchez is known for his colorful murals of farm laborers and his work with the group Contemporary Humanitarian Artists Association (CHAA). 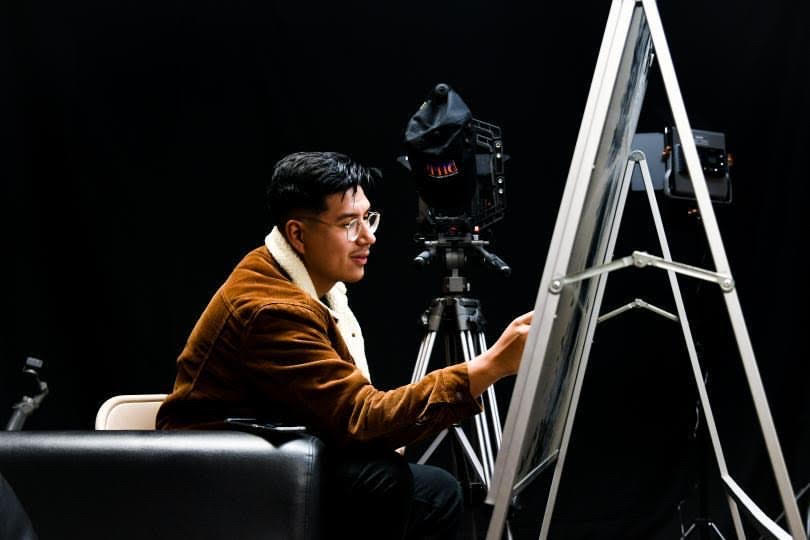