Alan Peterson, the superintendent of the Merced Union High School District, released a video on the district’s Facebook site on Monday evening about plans for graduation ceremonies for thousands of students from the area’s six campus locations.

The district has not issued a press release, but Peterson told Facebook followers that two plans for commencement proceedings submitted to the Merced County Health Department were denied.

He said the plans were reviewed by the MUHSD board and based on a parent-student survey. One plan was to postpone commencements to a later date in early summer. The other was to have a series of smaller commencements around June 4 with less students and family in attendance and having safety precautions, such as social distancing, in place.

Peterson said the district received a letter from Dr. Salvador Sandoval, the county’s Health Officer, and Steve Tietjen, the superintendent of the Merced Office of Education, that stated plans for any traditional, in-person graduation were not going to be approved — not just for MUHSD, but for all districts in the county.

“What we are left with — at this point — on June 4, or the days before or after, our 2020 graduation will consist of parents and students driving up to a designated area at the individual school sites. They will walk across the stage, receive their diploma, and be able to take pictures. We will have a type of parade atmosphere sort of like the recent cap and gown celebration, just a little more elaborate. And everyone will be able to participate in that …

“The good news we received from the Health Department is that they will consider small groups at the beginning of August, later this summer.

“We encourage students to attend the June 4 event, but keep your fingers crossed and we will continue to work hard to provide a more traditional graduation the first week of August if they deem that appropriate.”

“We understand their decision,” Peterson said. “We are living in difficult times.”

Peterson, who revealed his own family also has a senior in high school and a senior in college, said: “This has been horribly difficult for everyone involved.”

The superintendent told parents and students to stay tuned for more details coming from individual school principals and leaders at each campus regarding graduation events set for the week of June 4. 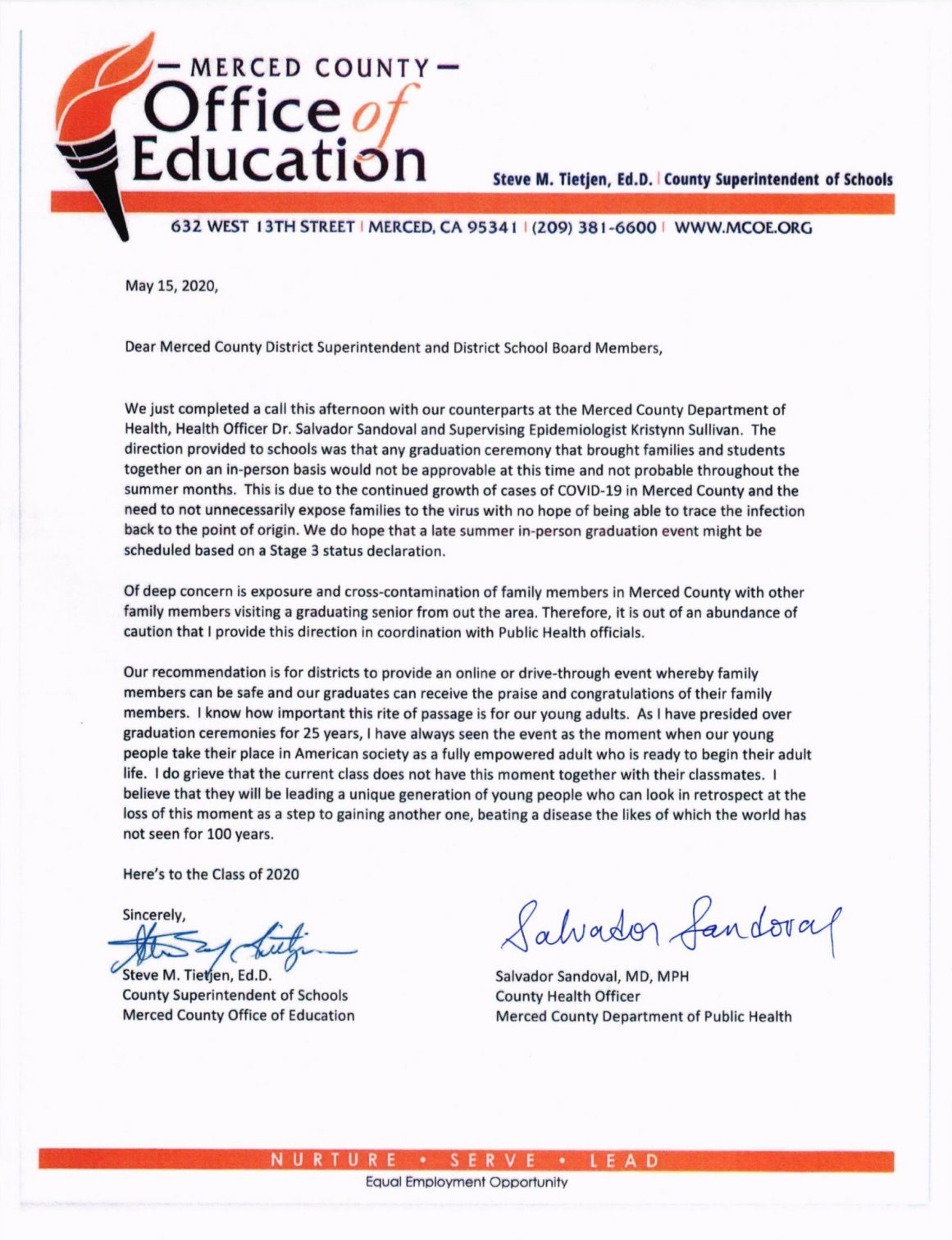