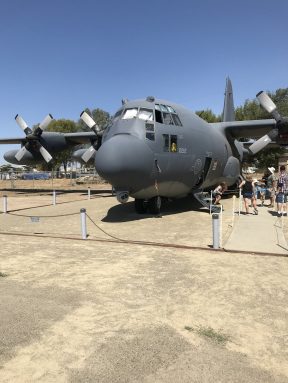 The MC-130 P was flown to the air museum grounds in November 2018 from Moffett Field. 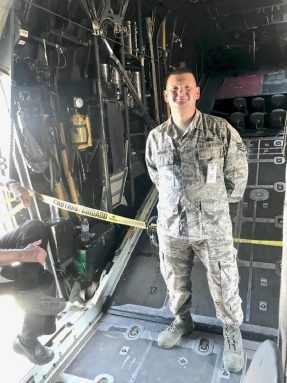 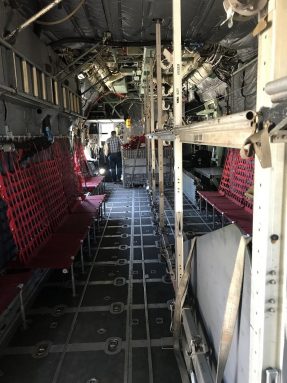 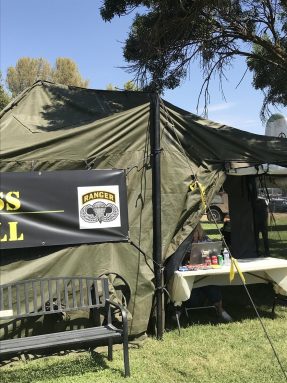 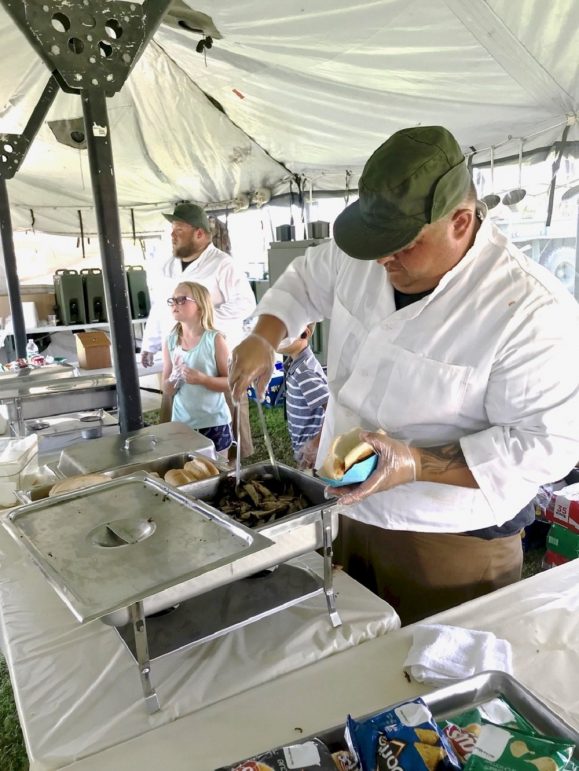 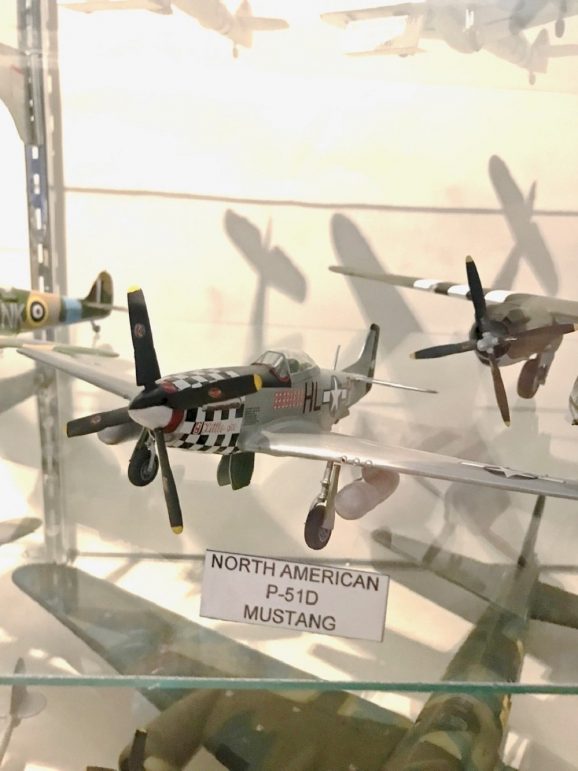 The indoor museum on the grounds held model planes, one of which was the P-51 Mustang.

One of the highlights for the guests was the opportunity to view 40 open military aircraft, which is more than half the collection.

Visitors also had fun talking to the knowledgeable and friendly docents to learn interesting facts.

For example, U.S. Air Force Staff Sergeant Michael Soriano, a volunteer docent, talked about the MC-130 Hercules, a recent addition on the grounds of the air museum.  As a crew member, an engine mechanic, he was on board the aircraft in November 2018 when it made its final flight from Moffett Field to the air museum.

Standing inside the aircraft, Soriano said, “This is the MC-130 P Combat Shadow. The ‘M’ is for Special Mission, and the ‘P’ model means it is capable of refueling helicopters. The helicopter has a probe that sticks into the drouge of the aircraft, and fuel is transferred.”

He continued, “The aircraft was used in search and rescue.  Technically, 98 people could fit in the seats.  This particular MC-130 P was built in 1966 and was the last one to be retired, in November 2018.”

Describing its role in the military, Soriano said, “When they were in combat in Vietnam, armor was placed on the floor, and it protected the pilots. This plane served in the Sontay Raid.  It was the lead refueling plane in the raid, which took place on November 21, 1970 in Sontay, North Vietnam.  They killed 100 prison guards, but found there were no prisoners to be rescued.”

He added, “After the raid, this aircraft went back to Udorn Air Base in Thailand, which is where the rescue squadron was flying from.  Then an F 105 fighter/bomber got shot down in North Vietnam, so this aircraft took off out of Thailand and found the two pilots and directed the helicopters to pick them up.  A different aircraft dropped air flares to mark the way for the helicopters to rescue the men.”

On the grounds of the air museum, visitors were viewing the other planes.

Dean Robledo, the crew chief of the museum’s F-106 who is responsible for maintaining it, was there taking a photo of it from a ladder.  He is an artist who enjoys painting military aircraft.

Robledo said, “My dad worked on the F-106 when he was in the Air Force.  It was an interceptor, used in the Cold War with Russia in the 1960’s defending the skies of America.”

A lot of folks were browsing the model airplanes in the indoor museum, which was air conditioned, so they could feel cool in the heat of the day.

Air Museum volunteer docent Frank DeLuca, who served from 1949 to 1953 in the U. S. Air Force, described the model plane, P-51 Mustang, a must-see in the museum’s “hidden collection”.

Gesturing to the model in the glass case, he said, “It was one of the best fighters in World War II.  The checkered pattern on the plane meant it was in the invasion of France.  It had extra fuel tanks on the wings, and it was the only one that could make it to Germany and back, escorting the fighters.”

When it was time for a snack, the air museum had a new twist — food served in a military mess hall with historic Army vehicles surrounding the mess hall.  Guests had the option of purchasing a hot dog or a tri-tip sandwich, and could eat their meal inside a military tent.

Other highlights of the day were taking a helicopter ride, operating the F-14 simulator, and viewing the Mercy Air Medi Flight display.  Kids had fun jumping in the bounce house and joining their family members in sampling sandwiches, beverages and Italian ices at the Food Court.