Work on Bear Creek intensifies before next storm

Vulnerable portion of waterway has been a concern for years

A crane lifts large boulders in an effort to reinforce a portion of Bear Creek on Thursday afternoon, Jan. 12. 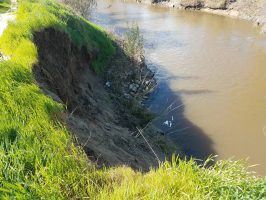 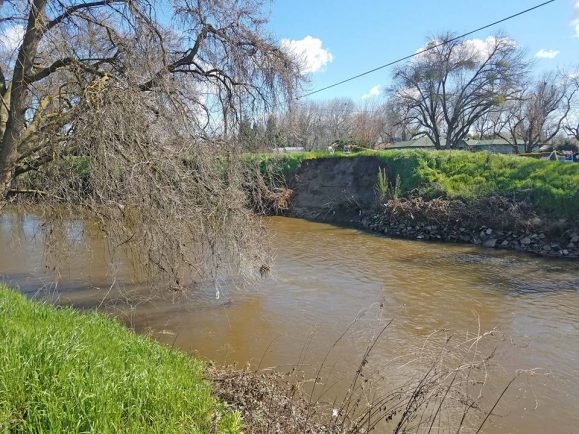 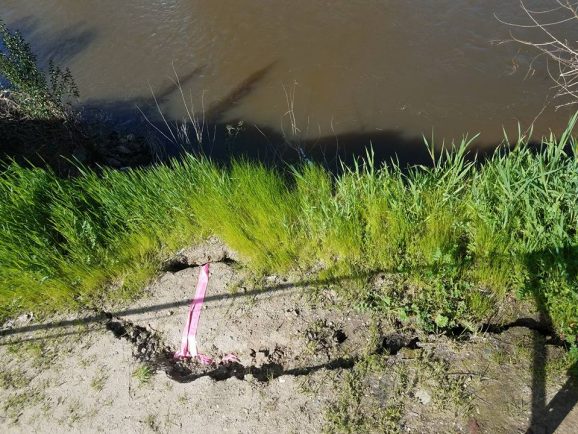 Editor’s note: This story is in progress, look for future updates.

Skip Johnson has been sounding the alarm about one vulnerable stretch of Bear Creek in Merced for years.

After this week’s big flood in the region — and the threat of more storms in the days to come — the subject of his ongoing concern appears to be getting some increased attention.

Johnson is a homeowner near a bend in Bear Creek, along W Street, between 23rd and 24th streets. That’s about a mile away from all the severe flooding that occurred downstream Tuesday night in the areas of Driftwood Drive, Highway 59, and 16th Street.

On Thursday afternoon and into the night, big tractor-trailers were hauling in giant granite boulders and rock filler. In turn, a huge cranes was being used to move the boulders in place along the banks, apparently to reinforce them.

Johnson said he was pleased by all the attention — including from city, county and even state officials who have visited the site in recent days. He also credits Merced City Engineer Mike Beltran — who has a strong background in civil and geotechnical engineering — for keeping a focus on a vulnerable stretch of Bear Creek.

According to Johnson, the danger is not just the idea that this bend of Bear Creek could overflow, but that heavy water flow could seep through the sides of the channel, causing the barrier to fail, and endanger the adjacent residential neighborhood.

Six years ago, in 2017, Johnson talked to the Times and showed deterioration in a washed-out area of the very same bend in Bear Creek. The creek had experienced some heavy flows, and Johnson said he and other residents were worried about a high water event that would cause the area to fail and flood the neighborhood.

At the time, the city’s Public Works Department and the Merced Irrigation Department were notified, and both agencies immediately responded, monitored the area and set up caution tape to deter pedestrians from going up along the banks in the area.

Story to be continued …