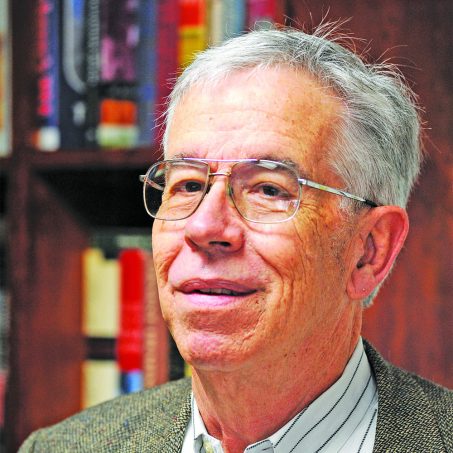 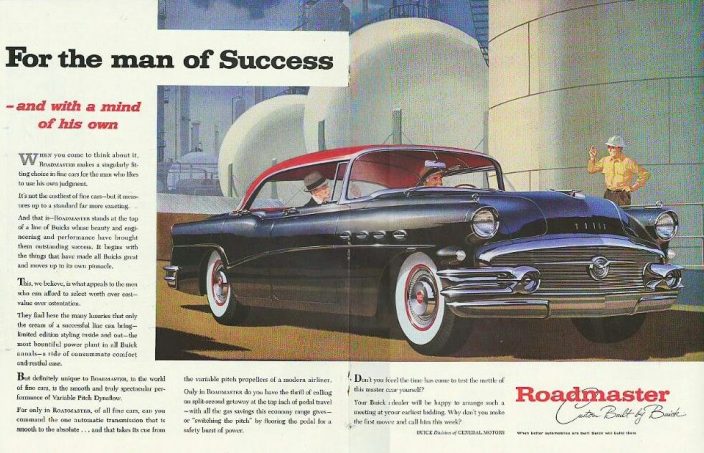 At least one local car fan would choose a 1956 Buick if money were no object.

If money were no object, what car would you like to have?

I posed this question to a number of old car fanciers and their responses ran the gamut from being satisfied with what they have to wanting exotic sports cars that only “unobtainium” could buy.

In a number of cases, folks wished they could get their first car or truck back.

One fellow took several days of soul-searching to come up with his answer. He would like to have two cars, one brand-new and the other a classic. First, my friend wants a 2020-2021 Corvette, the new mid-engined sports car that is so popular that people have to get on a waiting list to buy one.

This new Corvette has tan saddle leather and a fiberglass folding top, although it would be down and under cover most of the time.

Then his second choice is a 1933 or 1934 Packard convertible, with a V-12 engine, 146-inch wheelbase, in a “club coupe” style. This Packard would have a back seat, center armrest, four-speed transmission and popular accessories such as radio and heater, side mirrors, side-mounted spares, a spotlight, heavy-duty chrome wire wheels, and big fog lights, It would have to be either deep maroon or a medium yellow color. The friend saw one that sold for $164,500 at a recent online auction.

Another friend thought the question was tougher to answer than he imagined. He, too, had two answers. He wants an early 1960s Ferrari 250 GT Lusso, along with the factory mechanic to maintain it. If it’s his only transportation he wants a restored 1984 to 1987 Honda Prelude SI, perhaps with an updated VTEC engine, to replace the one totaled in a 2000 accident.

A friend from Wisconsin, whose nickname is “Goatman Bob” for his love of the Pontiac GTO, understandably would like a 1965 Pontiac GTO two-door sedan, known by many as a “post coupe” because of its side pillar. This dream car would need to have a flawless, gleaming jet black paint, with matching steel wheels adorned with simple “dog dish” hubcaps. The tires would need to have a narrow red line stripe and the interior would be upholstered in a darker red leather-like material called Naugahyde. This GTO also needs wood on the dashboard and on the floor console which has a four-speed Hurst shift knob sticking out of it.

My Pontiac-fancying friend says the entire Pontiac lineup in 1965 was awarded “Car of the Year” honors by Motor Trend magazine. All Pontiacs shared their stacked headlamps and split grilles, sculpted styling and a general attitude that gave them a look all their own. It was equipped with a gutsy 350-horsepower V-8 engine with three two-barrel carburetors. The friend says if he didn’t have a limit on his expenses right now, this GTO would already be in his garage. As it is, life is life and his automotive passions are mostly fulfilled by building scale models of the vehicles he loves, many of them starting with the P-word.

Another friend from Las Vegas likes 1950s to 1970s cars, both foreign and domestic. If money were no object he would pick  BMW’s mid-to-late 1950s 507 Roadster. This all-time favorite has great road performance and timeless lines.

He says the aluminum-bodied two-seater looks as good today as it did when it was first shown to the public in 1955; he would love to be behind the wheel of a bright red 507, looking out over the long hood while barreling down a road in the Moselle Valley in Germany, or maneuvering the tight twists and turns of Highway 1 in California.

A friend all the way from Atwater is a retired Porsche/BMW mechanic and says he has been spoiled by driving some of the best. Two years ago he traded a 1994 BMW 325ic convertible gifted to him by his wife for a classic Mercedes Benz 300 SL roadster, which also has a removable hardtop. He said he’s satisfied for now – until his wife makes him another gift.

A former co-worker said he would love to have a 1950-vintage Citroen Traction Avant sedan. It was the standard police car of Paris. These French cars were black, low-slung with a long hood and classic radiator grille sporting an army corporal’s chevron. My “amis” said the car had a totally evil look and you did not want to see one of these cop cars in your rearview mirror.

Another longtime friend of mine says everyone has a car that they would love to have but it’s usually way out of their price range and his is no exception. He wants a Jaguar XK-SS. Built in limited numbers back in the 1950s, the XK-SS was actually a Jaguar D-type racer converted for street use. Twenty-five cars were to be built but a fire in the Jaguar factory destroyed the last nine. Most came to the United States and were full-on racing cars with minor concessions to make them street-legal. Famed actor Steve McQueen owned one, sold it and then bought it back.

A friend who worked for many years for one of the major automotive manufacturers and still lives in snowy Michigan also has two cars at the top of his spare-no-cost wish list. One is a 1964 Ferrari Berlinetta Lusso, which incidentally looks just like the original metallic green tiny Matchbox toy of the 1960s. This is the all-time finest Ferrari street car, he opines.

He still sees the cars at upscale concours events where money definitely is a consideration. His second choice is a 1971 Dodge Charger SE with a 383 Magnum or 440 cubic-inch V-8 engine, bucket seats, in-dash tachometer, and the factory Rallye Wheel option.

The Charger, for the record, is the ultimate combination of killer first generation factory muscle car performance and slightly understated personal car luxury, wrapped in a stunning automotive design, the friend declares.

A California friend who migrated to South Carolina in 2006 really likes the 1940 Fords and has owned several sedans and a convertible in the past. His last old car was a 1952 Ford Customline sedan and thankfully his son still has it. Mostly he would like to have a street rod of some sort, although not necessarily one of high-end caliber.

Another friend and former newspaper colleague would love to have a Porsche convertible, either a Targa or a Carrera. Since college times he thought the car fit well with his self-image as a bon vivant, cruising along the Pacific Coast Highway, the wind blowing in his hair with Elvis blaring on the radio.

A friend living in the wilds of Modesto would like to have a 1929 Ford open cab pickup in stock, concours-quality condition. No Ferraris, Lamborghinis or Duesenbergs for this fellow but he would love to have a Winchester Model 12 shotgun to go with it.

Closer to home, a Merced friend would like to have a 1956 Chevrolet Bel-Air two-door hardtop, with a Power Pak 265 cubic-inch V-8 engine, four-barrel carburetor and dual exhaust pipes. Ideal colors for this wished-for Chevy would be beige over Sierra gold.

A buddy of mine since high school days would dearly like to have his 1966 Chevy II Super Sport two-door hardtop back. He says that car brought back so many good memories; along with it he would like to get his wife a candy red Corvette.

Another friend would like to have a 1950 Chevrolet two-door sedan just like his first car which cost him $300 in 1959; he equipped that Chevy with vintage Oldsmobile spinner hubcaps, a split exhaust manifold and dual pipes, wide whitewall tires and a metallic green paint job from a Pontiac.

A friend who lives near Boston would love to have a 1940 Oldsmobile Series 90 L40 Custom cruiser touring sedan like one he used to own.

If money were no object, I also would like to have back one of the cars from my earlier days. There are several to choose from, including a 1941 Chevrolet two-door sedan, a 1956 Buick, 1950 Studebaker Champion, 1972 Cadillac Coupe De Ville or a 1970 Chevrolet Nova – but the 1956 Buick probably wins out.

Are We Ready To Accept Afghans In Our Town?