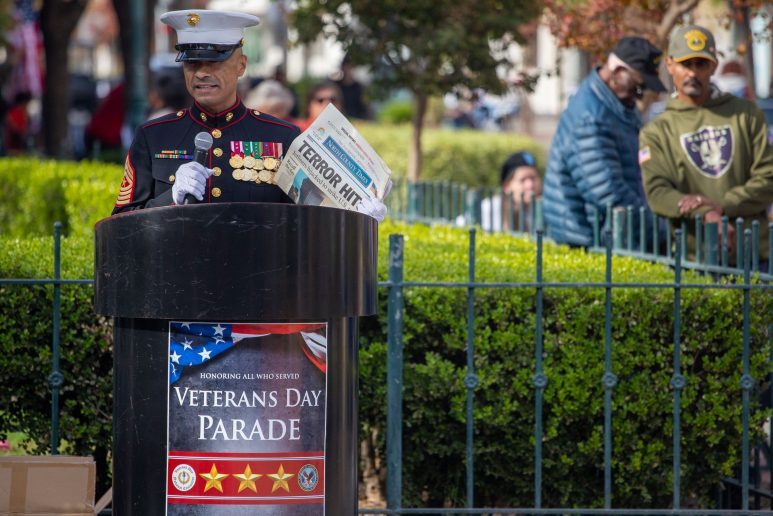 Opening Ceremony Keynote Speaker Retired Marine Sgt. Major Jesus Deniz holds up a copy of a newspaper from the day of the 9-11 attacks. 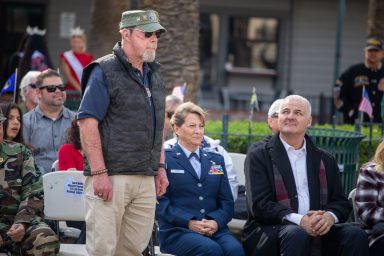 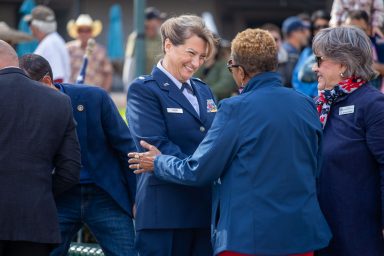 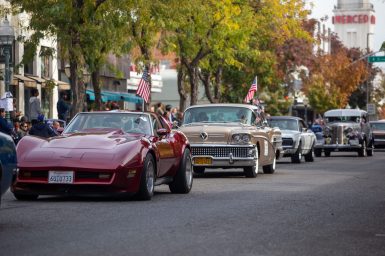 The parade featured numerous car clubs that put their classic cars on display. 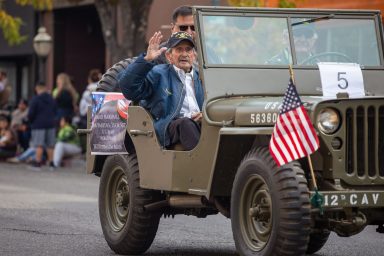 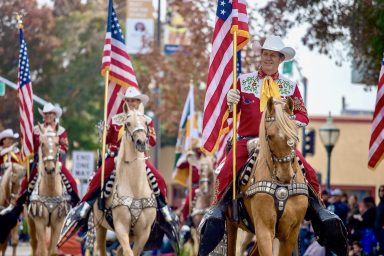 The Merced County Sheriff’s Posse makes its way down Main Street as part of this year’s Veterans Day Parade. 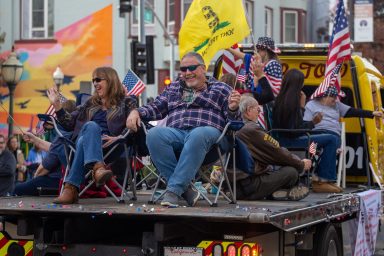 KYOS 1480’s Casey Steed waves his flag atop one of the dozens of floats. 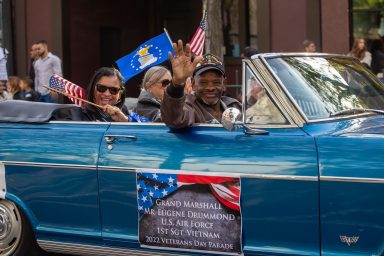 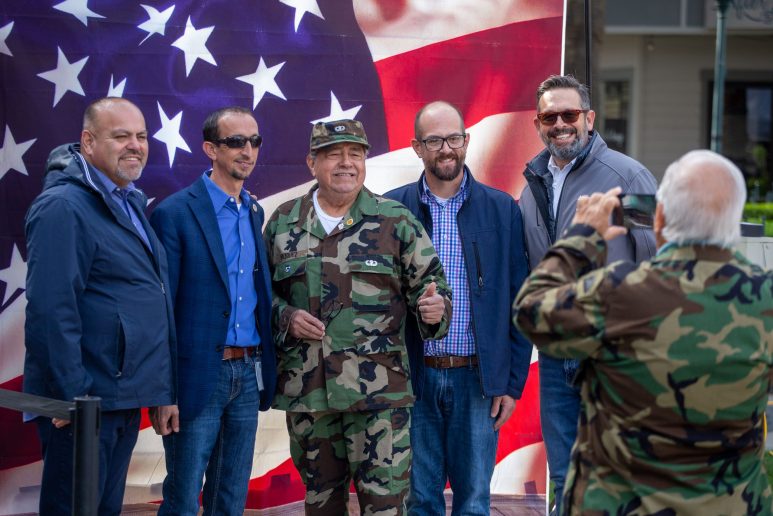 Hundreds of local residents came together in Downtown Merced with their American flags in hand to celebrate Veterans Day. There was a special opening ceremony at Bob Hart Square, as well as a traditional parade on Main Street that was led by this year’s Grand Marshals, and filled with local bands, car clubs, community organizations, and patriotism.

The event began with Martha Armas’ rendition of the “Star-Spangled Banner,” and was punctuated by military jets flying overhead. Refugio Llamas of the United Service Organization took to the podium and expressed the importance of honoring all veterans who have shown the courage and sacrifice it takes to put on a military uniform.

Llamas introduced Retired Marine Sgt. Major Jesus Deniz as the opening ceremony’s keynote speaker. Carrying a newspaper from the tragic day of Sept. 11, 2001, and a container of sand from his time spent overseas in the Middle East, Deniz spoke about the lasting impact that the 9-11 terrorist attacks had on both the country and his own life. Deniz highlighted the importance of thanking veterans for their service, and noted that seeing such a large turnout for the parade goes a long way toward showing the appreciation local residents have for veterans.