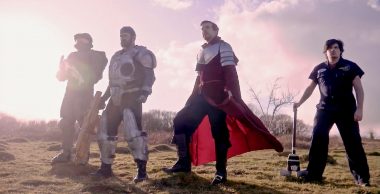 A scene from the short film ‘Mellow Yellow.’ 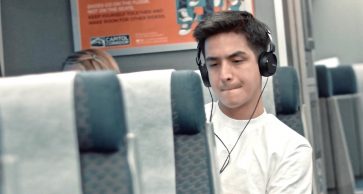 The world premiere of ‘Letting Go’ will be screened at the Merced Theatre.

‘Le Passage’ is one of many international short films featured at the film fest.

The Violette Film Festival will be returning to the Merced Theater, on Saturday, Nov. 9, and Sunday, Nov. 10.

The big cinematic showcase will feature more than 40 short films and movies from local and foreign directors.

Violette Films consists of three owners: Velazquez, his wife Margarita, and their daughter, Violette, whom the film company is named after. Their festival first began back in 2016, running side-by-side with the California Republic Comic Con that was held at the Merced Fairgrounds every year for the first two years.

“The only requirement we had was that the audio was clear and that the story was understandable,” he explains.

Velazquez, a film enthusiast, has been interested in creating a film culture in Merced for quite some time now. The Central Valley can seem like drylands when it comes to film culture, but Velazquez is here to enrich and inspire the community that film is fun and can be done by anyone.

Creating a space where films from any level could be entered to, opened opportunity for local filmmakers to submit without the worry of having to have expensive equipment or editing tools to have their story told. Submissions from around the world where submitted, including films from Japan, China, Germany and France. The event became an international film festival overnight.

Fast forward to 2019, the change of venue has now allowed the film festival an opportunity to expand its audience and create an atmosphere where festival-goers can interact and feel immersed in the culture of filmmaking.

The festival will begin at 1 p.m. on Saturday with eight screenings to start the first film block. The first day is geared for film enthusiasts with over 32 showing scheduled including the USA premiere of the French film, Monstrus Circus, and the film premiere of the first episode of Velazquez own TV Show, Marceline.

Jimmie Menezes, a local comedian, will also be performing on stage at the festival. Thirty-minute intermissions are planned at the end of every film block allowing festival goers a chance to explore vendors and an opportunity to network. An award ceremony is planned to end the night, honoring actors, staff, and directors of many of the movies shown through the night.

Sunday’s scheduling for the film festival is geared towards family-friendly fun. The festival begins at 2 p.m. with films and shorts with a PG rating showing throughout the day. The night will end with a screening of the ever-popular Tim Burton classic, “Nightmare Before Christmas.”

“We invite the public — and you don’t have to dress up — but this is your opportunity to have a real red-carpet experience,” Velazquez says. “We have a nice venue. You don’t see things like this happening too often here, why not dress fancy.”

Tickets can be purchased online at: mercedtheatre.org, or go to the box office to the left of the venue at MLK and Main Street, in downtown Merced. They are open Tuesday-Friday, 1 p.m. to 5 p.m. Call 381-0500. More information online at: violettefilmfestival.com.