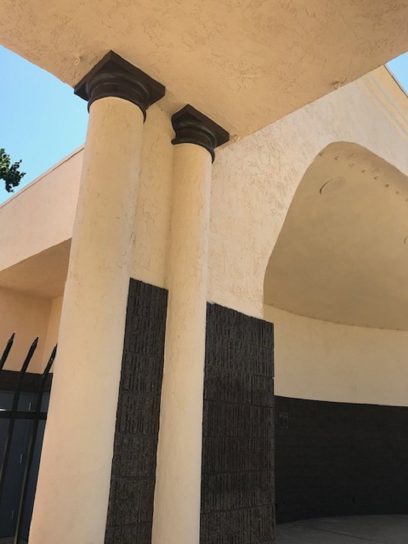 The newly renovated Merced Open Air Theater will be a spectacular performance venue for ongoing ShakespeareFest plays, as well as the 10-concert summer series expected in August 2021. 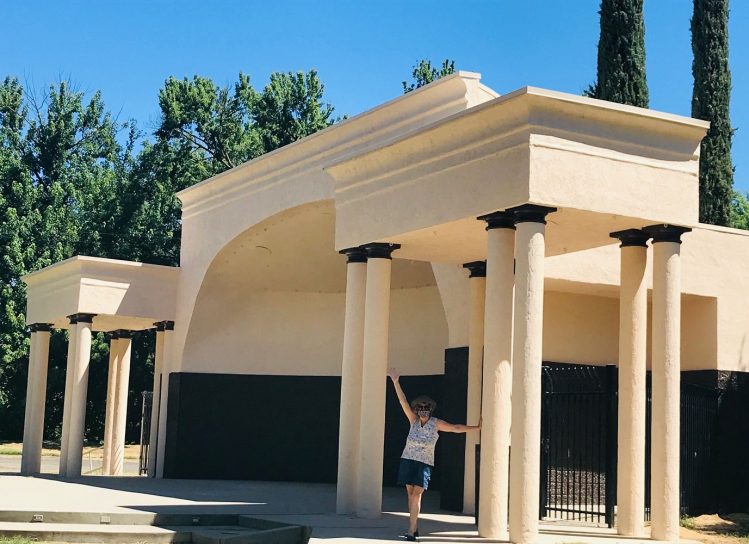 The newly renovated Merced Open Air Theater will be a spectacular performance venue for ongoing ShakespeareFest plays, as well as the 10-concert summer series expected in August 2021.

The Merced Open Air Theater, also known as the MOAT, inside Applegate Park was recently renovated, thanks to a generous donation of $25,000 by Monika and Michael Modest, along with matching funds from the City of Merced.

Bret Briggs Construction was retained for the amount of $37,440.75, approved by the City Council on March 2.  Additional city funds were used to install fencing, lighting and electrical systems.

“The project included rebuilding the tops of the columns supporting the structure, repairing exterior walls, repainting the entire structure, installing fencing on either side to prevent vandalism, installing a new sound system, and remodeling the interior, including the bathroom and performers’ changing room,” Monika Modest told the Times. “I am happy to report that the renovation is completed, and the MOAT is looking great.”

Describing her motivation for wanting to improve the MOAT, she said, “My husband, Michael, and myself have always felt strongly about outdoor public places such as parks and places open and accessible to all community members, which create opportunities for people from all different walks of life to come together, cross paths, interact and share their cultural traditions.  We felt Applegate Park, with its central location, had the potential of being a vital bridge and connector between south Merced, downtown, and north Merced.”

Among others, community members who enjoy viewing plays by Merced ShakespeareFest will benefit from the transformation of the MOAT.

Modest, an artist who has spearheaded and organized many art projects in conjunction with the City such as Tree of Life at Bob Hart Square, also happens to be a former board member of Merced ShakespeareFest. The performance of plays at the MOAT was another of her motivations in making the donation.

Modest explained, “As a former board member of Merced ShakespeareFest, I was aware of the concerns and problems the actors and audiences had to deal with when staging the yearly performances at the MOAT.”

Haike Hambley, ShakespeareFest’s director, told the Times, “We at ShakespeareFest are very happy because the MOAT is our home in the summer. During the pandemic, the workers continued with the project, and Merced ShakespeareFest is now going to be filming its first bilingual play there.”

Modest described another motivation for her donation as the prospect of the city being awarded a grant for a summer concert series by the Levitt Foundation in part, which she felt called for a performance venue.

Each year, the Levitt Foundation awards $25,000 matching grants to U.S.-based non-profits serving small to mid-sized towns and cities to present the Levitt AMP Music Series, 10 free concerts that inject new life into public spaces and create vibrant community destinations. Merced was a recipient of a grant, and the university will provide the match.

“Because of COVID-19, we postponed our summer concert series to August of 2021. We wanted our first series to be as robust as possible, and we didn’t want it to be constrained by COVID.

“Monika’s donation and the city’s work on the MOAT is really going to help the concert series be a success, and make Applegate Park a place where Mercedians are going to want to go, and be proud of.”

“To residents of Merced who step up with donations that contribute to making their community better, all I can say is thank you,” said Merced City Manager Steve Carrigan. “I am one of the many fortunate people who will enjoy Shakespeare plays performed there, and I will also enjoy the summer concert series. The MOAT renovation will make an enormous difference in creating a high quality evening for those attending, as well as participating in, the exciting new 10-part summer concert series which is anticipated to be performed there, starting next summer.”