Town Hall meeting is all about soccer 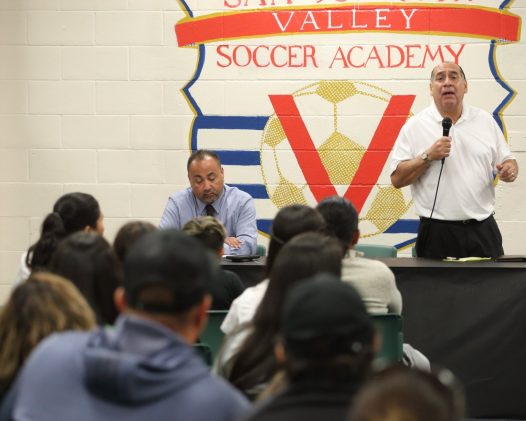 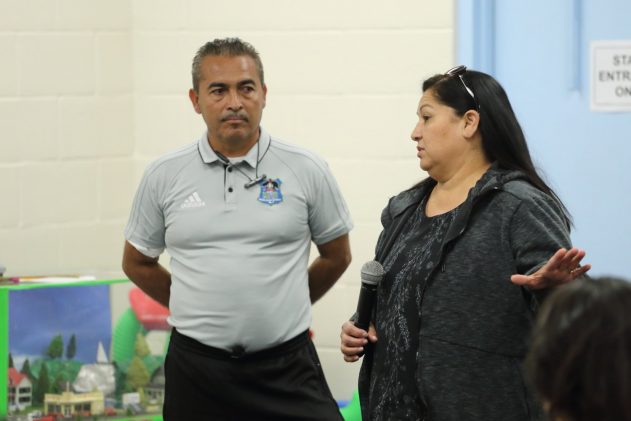 It was a contentious meeting that was dominated by debate over the use of soccer fields at the nearby McNamara Park.

One woman took to the microphone to air her concern to city leaders, loud and clear: “It was brought to my attention that they [young players] would no longer be able to practice on Fridays and Sundays at McNamara. We’ve been going there for a year now, and I just want to know why that is,” she said. “To keep them involved in sports, here in the district, we need to have those days available to them.”

City Manager Steve Carrigan answered, “When it comes to the soccer fields, we’ve had a lot of requests and there is a lot of demand to use the soccer fields at McNamara. It’s a number of organizations, and we’ve been working with them for over a year now, and for the most part it has worked out. … but the demand is so great now.”

Carrigan went on to respond to another resident with a similar concern about the use of the soccer fields by saying that, “The biggest issue here is with fairness, and when you have one group getting the majority of the time on the field, it becomes a challenge, and that’s where I step in, and were trying to find a way to lessen the impact on each of these groups.

Carrigan ended by saying that he feels that this will be a situation in which no one group is happy, but that “We have to allow other groups to use the fields too.”

Joey Chavez, the director of Parks & Community Services, added: “We met about close to a little over a month ago,” referring to local soccer clubs coordinating the use of the fields in Merced. “We meet every second Wednesday of the month, and this has been going on for a while, and there has been a letter that stated for about a year that this would be in progress.”

Chavez — who said the department is already looking at scheduling for next year — noted that his door is always open to residents and groups, and he has “a walk-in policy.” He stressed that he is just looking to be fair to all of the organizations.

“At the end of the day, it is the City of Merced’s fields, and we should be able to control their use,” he said. “Do I have a need for 12 fields tomorrow, yes I do, but it comes down to funding.”

Residents fired back, asking why additional fields hadn’t been built during the 10 years that Chavez had been with the City of Merced.

Chavez clarified that the funding from McNamara’s field came from a multi-million dollar grant, as opposed to out of city coffers. When asked if there was a short-term solution that the city had to build additional soccer fields and other recreation opportunities for local residents, Carrigan chimed in and pointed to to the City Council’s recent decision to direct tax revenue generated from local cannabis-related businesses toward parks, recreation, and youth activities.

Then a few residents countered with requests to simply fill holes in other soccer fields around town, citing the turf at McNamara being resilient to holes as the reason there is so much demand. They asked why other fields are “dangerous for children to play on,” resulting in the US Federation turning away potential tournaments from the area’s fields. They went on to note that the solution would simply be a matter of dedicating personnel to fix the problem. Chavez acknowledged that fields need to be maintained, but noted that he works with the Public Works Department to fill the holes as he becomes aware of them.