Thousands turn out for Sikh parade in Livingston 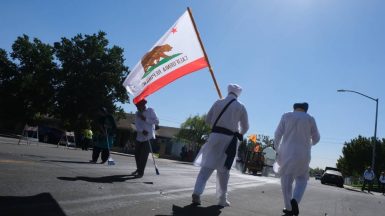 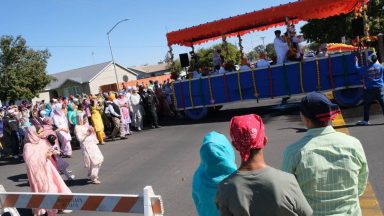 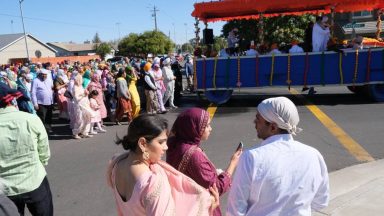 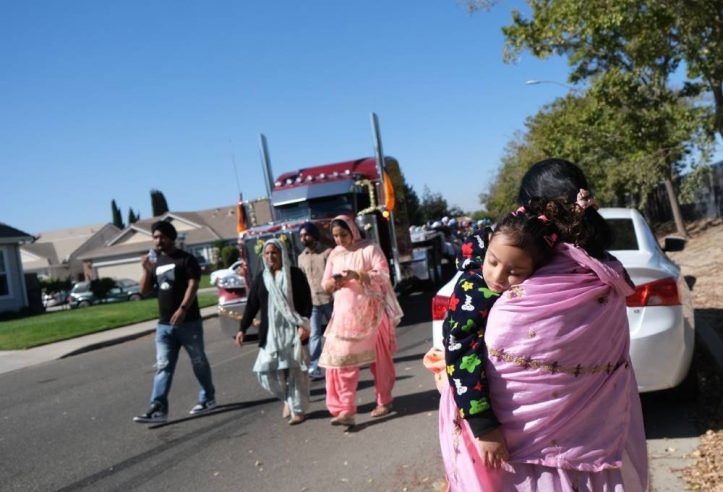 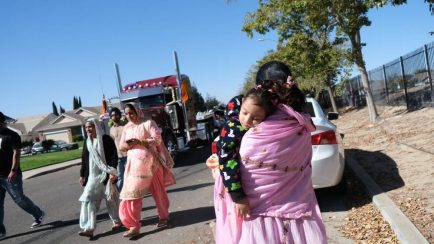 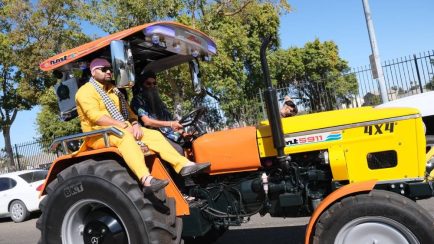 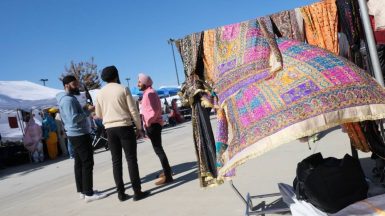 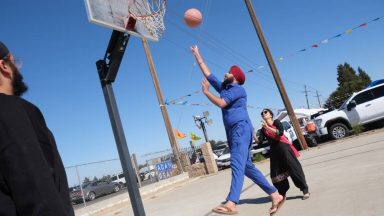 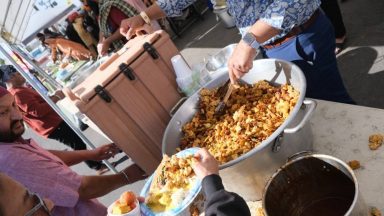 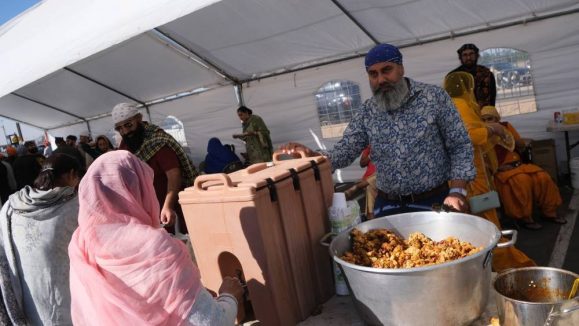 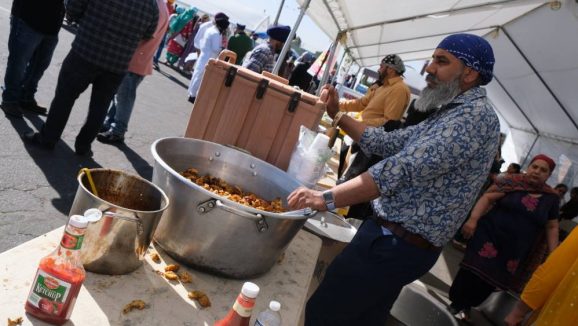 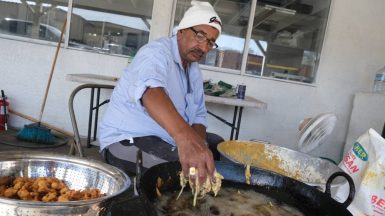 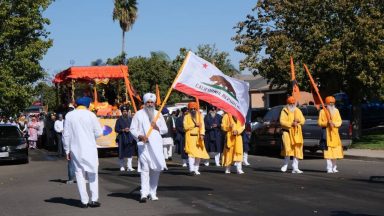 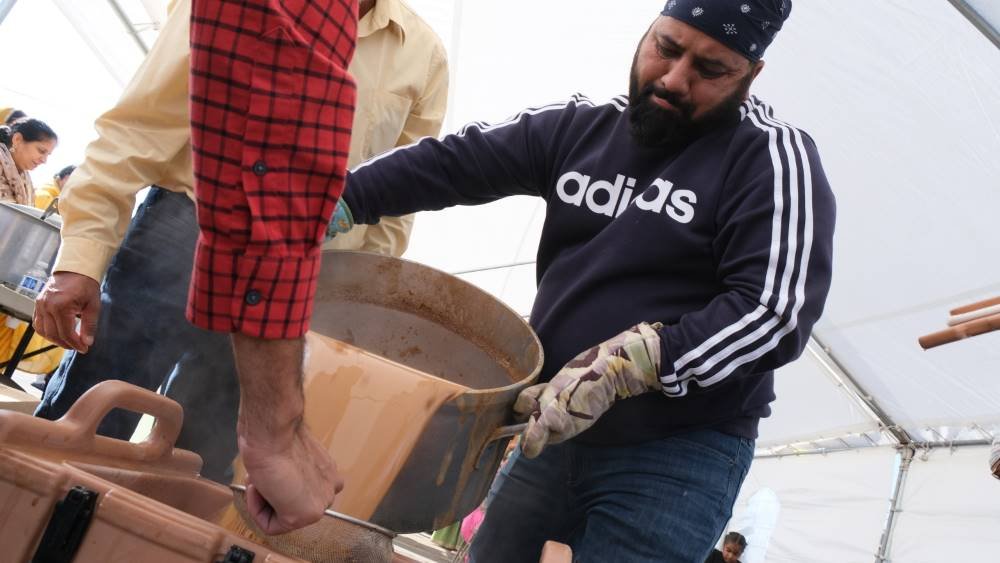 Thousands of Sikhs turned out for Nagar Kirtan in Livingston over the weekend.

It’s a ritual that happens often during the year, where Sikhs will form a parade and march from one place of worship to another as an act of friendship and service. This Sunday, the community walked from the Guru Nanak temple to the Sikh Temple Livingston and back again. The parade is usually a culmination of a weekend of festivities, which begin with a reading of the Sikh holy text, the Sri Guru Granth Sahib.

In Hindi, the word nagar means town or neighborhood. The word kirtan refers to the singing of shabad, or Sikh hymns, which is an important part of the tradition. Decorations of saffron and navy blue, the common colors of Sikh communities – known as khalsa – are draped over any vehicle within reach and driven through the streets. In Livingston, that included a field tractor and a truck fitted with an ag sprayer on the back.

At the front of the procession are sewadars, who sweep the ground beforehand as an act of service. Then come the guards, who carry swords and the flag of the Sikhs. On Sunday, the stars and stripes and the flag of California made a special appearance at the head of the train.

But the most recognizable part of nagar kirtan is the central float, a colorful rectangular platform which carries the sewadars that perform the hymns as well as the Sri Guru Granth Sahib. Members of the community follow behind the float as it makes its way around the neighborhood, broadcasting the hymns and the devotional music of the harmonium and tabla.

The point of nagar kirtan is to bring the message of God to people’s front door, and they certainly did that. Residents came out on their front lawns to watch and take videos on their phones. 49ers fans came out to watch something other than the team getting bulldozed by the Chiefs. Observers and marchers were treated to refreshments of Capri Sun, water and warm chai tea, best enjoyed by dipping a Parle-G cookie.

The procession left Guru Nanak temple around noon and ended up at the Sikh temple on Peach Avenue, where it rested for half an hour before coming back up F Street and Main and completing the circle.

Back at Guru Nanak, a constant supply of food was churned out to keep the faithful fed throughout the day free of charge. Rice and curry, Punjabi chickpea chole, tamarind chutney with pakoras – crispy veggies fried in a huge shallow pan behind the temple to keep the hot oil away from the congregation. For dessert there was gulab jamun, pillowy spheres of lightly fried milk dough soaked in syrup, and burfi, squarish confections made primarily from milk powder and sugar. And of course, an endless supply of chai, brewed in large pots and poured piping hot through a strainer into a big plastic dispenser.

Nagar kirtan is open to anyone, and Sikhs encourage those of other faiths to attend and take part in the tradition. Livingston isn’t the only place where they happen. Every year, hundreds of thousands of Sikhs converge on Yuba City for a spectacular parade that is broadcast around the world. Especially to Punjab, a state in northern India that is also the ancestral home of the Sikhs.

So don’t be shy. Next time the parade rolls around, come out and join in. Have a cup of chai and a cookie. Just don’t forget to dip!

Families living with autism enjoy celebration just for them