The People’s Fridge is coming to downtown Merced

The People’s Fridge — a free community fridge where people can take home fresh produce — will open soon at the 18th Street People’s Garden located at 936 W. 18th Street in Merced.

“We feel it’s a good solution to fighting food insecurity and food waste,” said Erin Meyer, the coordinator of the Sustainable Food Programs at UC Merced.

Food insecurity (defined as not having reliable access to a sufficient quantity of affordable, nutritious food) runs rampant in Merced County.

According to literature published by the Merced County Food Bank, Merced County’s child food-insecurity rate/population is the third highest in the nation.

Explaining the reasoning behind local free food programs, Meyer said, “According to the 2016 Community Health Assessment, 16.7 percent of Merced County adults are food insecure. This is quite staggering.

“A widely cited statistic within the literature I’ve been reading is that 40 percent of the food we produce is wasted. We are wasting all this food, but there are people going hungry. Further, when food waste goes to the landfill, it generates methane which contributes to climate change.  So food waste is both an environmental and social problem.”

When will The People’s Fridge open?

Meyer told the Times, “We’re currently building a wood shed around the fridge for protection from the elements and heat. We plan to open The People’s Fridge when the shed is completed in early September.

“The Fridge will open from 9 a.m. to 5 p.m. every day. It will be open to everyone, and people don’t have to bring identification.  We do ask people to wear masks and gloves.

“We would like to find food donors and volunteers.

“We accept donations of produce (fruit and vegetables), whole and uncut.

“People donating can take it to the fridge and open it and put it in the freezer part.  We’re doing that because we want to ensure safety of the food.

“We need volunteers to check the fridge during the week to make sure it’s stocked, and clean it. The easiest way for people to get involved would be to contact me at my email address, [email protected]”

“We are looking to open more People’s Fridges and we’re interested in opening one in Planada and looking for volunteers in Planada, as well,” Meyer said. 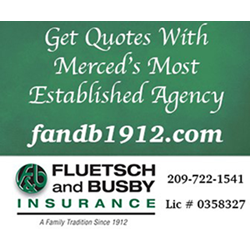 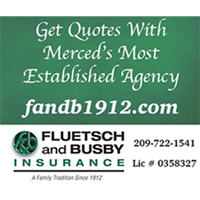 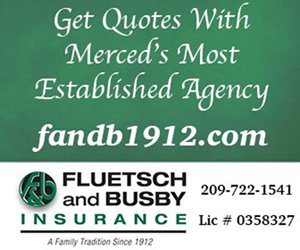 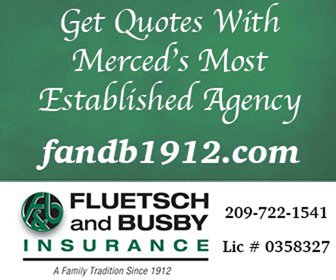 How did it come to be?

Meyers said, “I live in the area. I came here 3-1/2 years ago to run some food waste and food recovery programs.

“We were seeing a lot more people at the Food Bank due to the pandemic, and it seemed like there were more and more people going hungry. So I asked Steve to help establish a free pantry with produce, and I said I could drop off some fresh produce to stock it.

“Steve and I created the Pop Up People’s Pantry at the People’s Garden, where we give out free food. The pantry is open every Saturday from 1 p.m. to 2:30 p.m.

“We started the Pop Up People’s Pantry on a Saturday in April, and it has grown from there. Every week, we seem to be increasing.

“I pick up food at the Farmer’s Market that they didn’t sell and bring it over to the People’s Garden.  We have some regulars who come by and get food because they live in the neighborhood. I do a lot of social media marketing, so we sometimes get people from other areas.

“It’s a beautiful program because it emphasizes sustainability. When you talk about a sustainable food system, you have to look at the economic, environmental and social pieces.

“The Pop Up Pantry is a super economical program because we haven’t spent any money on it. The food is donated.  It’s environmentally sound because a lot of the food is from people’s gardens and was picked the day before.  It’s also socially just because we’re feeding hungry people.  It also makes people feel good when they donate to the pantry.

“The People’s Fridge is going to be similar. We’re spending a little money on that so it not as economical, but it’s still affordable. We’re reducing food waste which helps the environment, and it’s socially just, as well, for the same reason as the Pop Up People’s Pantry.”