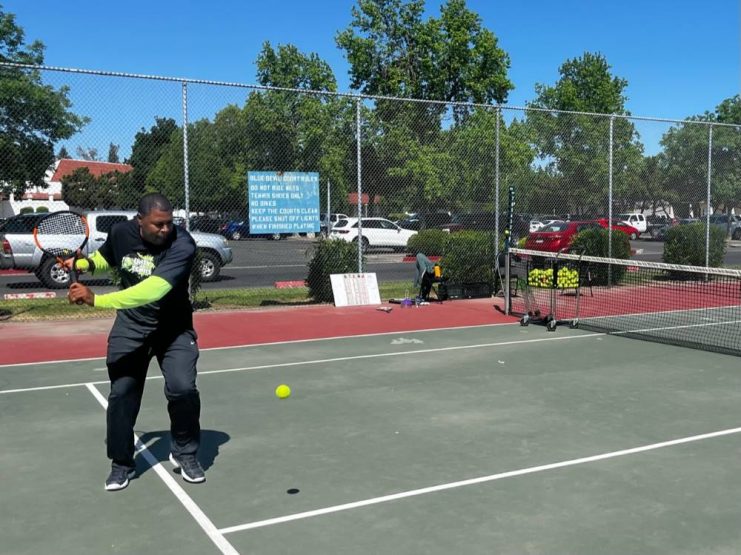 Isaac Yarrell created UnITY Tennis after choosing to leave his Tennis Pro position at the Yosemite In-Shape in Merced, and deciding he preferred to focus his attention on integrating the sport of tennis into the community of Merced. 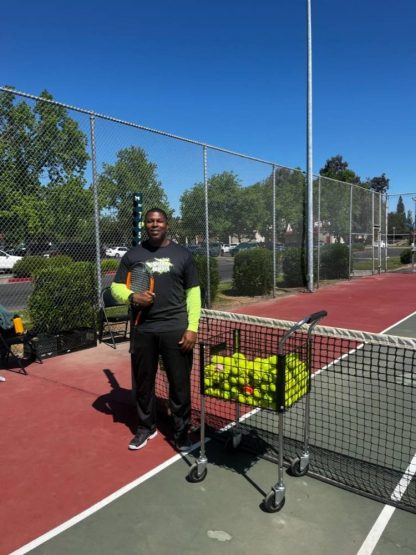 UnITY Tennis is more than a job to Yarrell, it’s a passion project.

Isaac Yarrell is on a mission to promote the sport of tennis for all residents, regardless of age and experience.

Yarrell is the director of UnITY Tennis — Merced’s only year-round public tennis program. He created the organization after choosing to leave his pro position at the In-Shape Yosemite health club, and deciding he preferred to focus his attention on integrating the sport of tennis into the community.

“I had ten families commit to me,” Yarrell explained of his decision. “They gave me a years worth of checks and made sure I had at least enough to live off of. They committed to me and so I committed to them to make sure that we always had a tennis program here.”

Yarrell offers a variety of classes for a wide range of age groups and encourages anyone and everyone to learn how to play tennis.

Yarrell’s love for tennis has had a hold on him for many years. He began playing tennis at the young age of six and credits his dad for sparking the interest in him.

“He taught me and my brother to play and then we got into the Interstate Tennis Project in Cincinnati,” he said. “We were in a very bad neighborhood, but we had seven tennis courts. There was all this crime, homelessness and prostitution around us, but we were all in our own little bubble, it kept us out of trouble and gave us a community.”

From there, Yarrell soon joined a club where he received national exposure, participated in state finals, and played throughout college, giving Yarrell a chance to visit 39 out of the 50 states in the nation.

“I’ve been playing for a long time,” Yarrell laughed.

He moved to Merced from Atlanta six years ago, where he worked as the Tennis Director at Concourse Athletic Club.

“I wanted to find greener pastures out here and get to the coast,” he said, explaining that California offered better opportunities for his sport. “It’s always been about tennis.”

UnITY Tennis is more than a job to Yarrell, it’s a passion project. He built his business by word of mouth and hopes to continue providing his skills to residents.

“Right now the push is to get public tennis courts,” he said. “We are trying to find the right people to get involved in the project.”

Yarrell is not alone in advocating for more tennis courts in Merced. The courts at Merced Community College are currently the only accessible courts to the public free of charge. And that’s where he offers his tennis classes.

UnITY Tennis is gearing up to start offering adult beginner classes to residents who are interested in joining the sport.

The classes will take place at the Merced College tennis courts Sunday mornings at 9AM, and are the latest to be added to the long list of programs offered at UnITY.