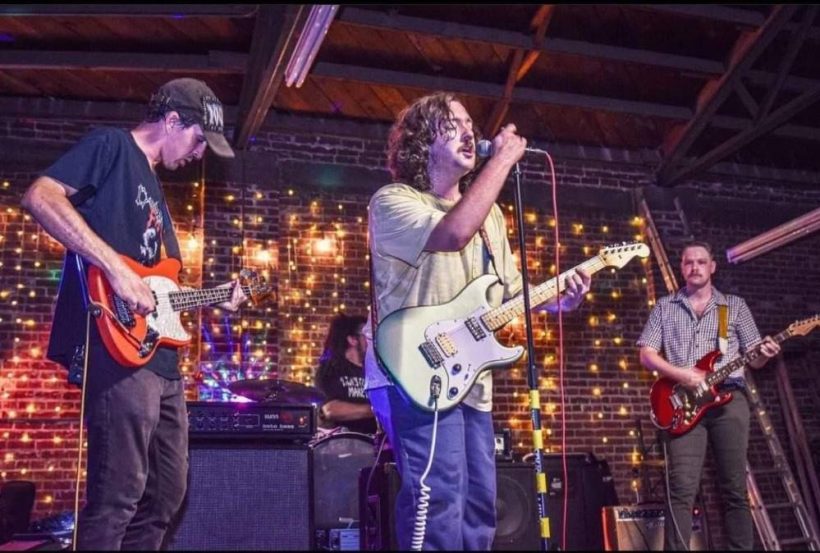 Ted Barber and the Boys perform wherever they can these days. 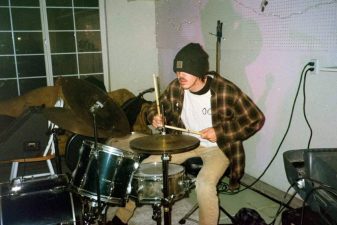 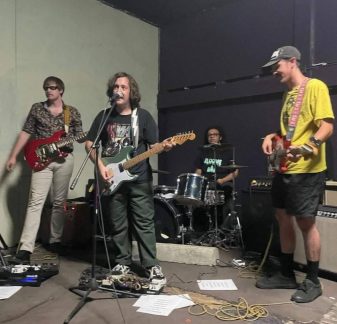 Ted and the Boys

Although many people in the area aren’t aware of it, for quite some time Merced (and the greater Merced County/ San Joaquin Valley) has hosted a variety of rich underground music scenes. All of which with their own unique sound, community, and associated venues.

Recently, the Times was able to sit down with a band actively making its way through the Merced music scene, Ted Barber (both the name of the group and the name of its creator), and they were able to reflect on and relate their experiences as well as feelings as musicians in the area.

For those who are unfamiliar, they are a fun and versatile hybrid Indie/Metal band that can be incredibly energetic as well as cathartic and at the same time can be melodic and relaxing depending on the choice of song. Their most recent release “Beautiful Mahealani Moon” (and much of their music) can be found on most streaming services (Apple Music, Spotify, etc.).

The story of this band starts right here in Merced, during the early days of the pandemic when Ted Barber decided to pursue his own sound and musical ambitions following series of bands that never quite panned out. The band has hosted a variety of musicians who have come and go since 2019. He describes his band as a “rock revolving door,” but the current lineup of Ted Barber as Vocals and Guitar, Mox Hamwright on Drums, Nick Wunker on Bass, and Mark Taylor as 2nd Guitar (who unfortunately wasn’t available for the interview) has been consistent for approximately the last year and a half. Their musical influences come from a wide range of rock, punk, metal, and indie from across many decades, such as: The Beatles, Nirvana, Melvins, Ramones, Sonic Youth, Black Sabbath, and many more. They describe the band’s sound as “violent pop” or “power pop,” which perfectly encapsulates their vibrant as well as lighthearted music.

For the last year they have been regularly performing all around the valley and even made their way up to the Bay Area. They just played a show in downtown Merced at the Partisan on Monday, Oct. 17. At the same venue a week prior, Ted’s Drummer, Mox, played a solo set as well. As of right now, there are no confirmed upcoming shows, but they plan to schedule more shows soon. When asked about what it was like to be an artist from Merced (and Central California as a whole), all of the band members responses resembled each another’s in that they are proud to be here, and enjoy the creative liberties that come with it, but ultimately expressed the bitter circumstances they have to face as a result. These circumstances boil down to a lack of resources and cohesion in the community.

The bands bassist Nick Wunker puts it really well, “To be honest, this town — It’s like a dead end for music almost, you know? As there’s not a lot of things you can do here … over the last like five to seven years now we have had to retreat to the garages – I don’t know – somebody’s house. There are some places like the Partisan on a good day. But we’ll have a venue pop up for a couple shows and then it just gets shut down.”

“The community need organization. … They think that they are in it alone, but we need each other,” says Drummer Mox.

Thinking about the past, Ted continued: “There was a beacon of hope when I was in high school. There’s Tigers and Daggers records, and their old location used to host shows, and there’d be lots of bands from all over that come through, and those have definitely been influential to me. To name drop a few that I really like, there was: Whirr, Breakout, Happy Diving, Techie blood, and Chain hex. Those are some of my favorites that came through.”

In spite of the difficulties, Ted Barber and the Boys are pushing forward and continuing to make music for us in the Valley to enjoy. Hopefully as we see the city continue to grow and prosper, we will see more opportunities for local artists to thrive and develop.