Stone Ridge’s Shaw is digging out new chapter at ACU 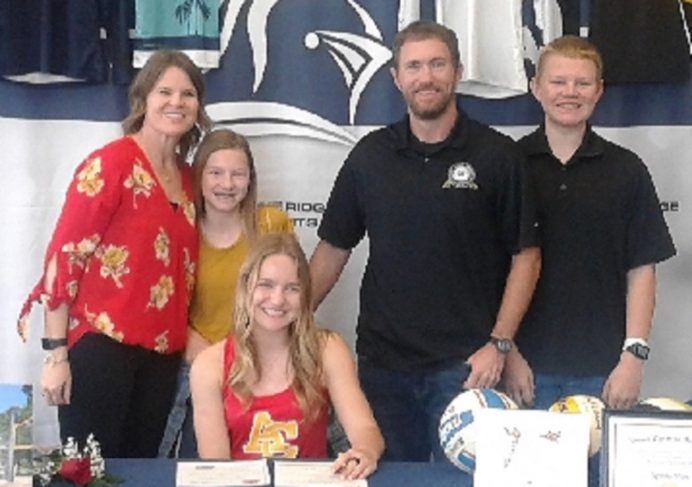 Surrounded by her family Sydney Shaw inks her letter of intent to attend and play sand volleyball for Arizona Christian University. Her family from left to right; mother Becky Shaw, sister Peyton, father and coach Ken Shaw, and brother Holden. 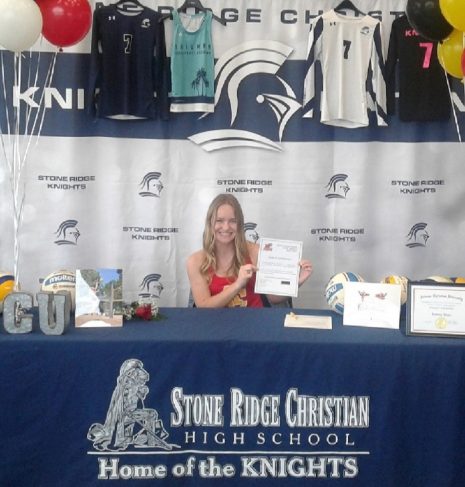 Sydney Shaw is all smiles as she proudly displays her letter of intent to play sand volleyball for Arizona Christian University.

Surrounded by family, faculty, and classmates, on 3-19-21 one of the biggest stars in Knight Nation signed her letter of intent to attend and play sand volleyball in the fall for Arizona Christian University.

Sydney Shaw is an elite athlete which represents an unprecedented era of success in Knight Athletics at Stone Ridge Christian High School.

Her resume is stellar as she was the league MVP in 2020 in addition to being a 3 time CIFSJ section champion and a 2 time NorCal state champion.

“She’s worked hard to get to where she is and this is her moment,” stated her proud father and coach Ken Shaw.

Sydney Shaw is a champion and a scholar in the classroom, as the Stone Ridge Christian student athlete is also the student body president and carries an impressive 4.33 GPA to her credit.

When asked how this moment felt when compared to her voluminous body of work, Shaw replied; “It feels like everything has paid off, of course winning state and winning sections, that will forever be some of my favorite memories but this moment of solidifying the next step of my life by going off to college, that is an exciting next chapter that I am definitely ready for.”

In the time of COVID-19, you would be hard pressed to find a student athlete that hasn’t been affected in some way by the pandemic. Shaw actually credits the pandemic as a key driver in her ultimate decision to pursue a collegiate career in the pioneering sand volleyball arena.

With a bright future in front of her, Shaw has left an indwelling legacy of success at SRCS. She has exemplified Christian values and championship character both on and off the floor/sand.

When asked who has played the biggest role in helping her get to this moment, Shaw smiled and said: “My dad has had the biggest roll in my volleyball career, and I wouldn’t be here without him.”