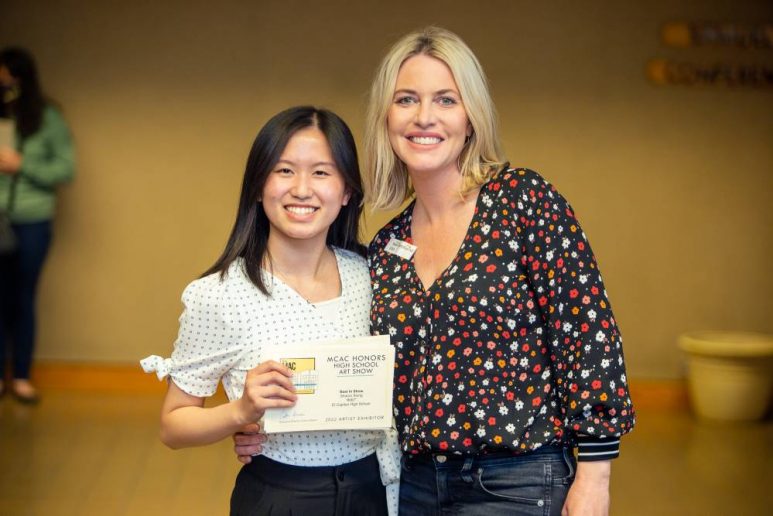 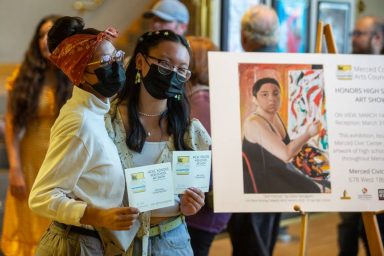 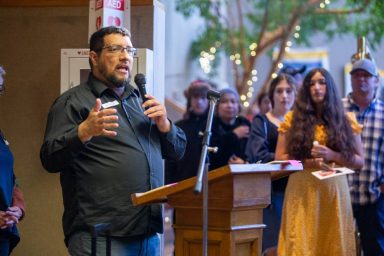 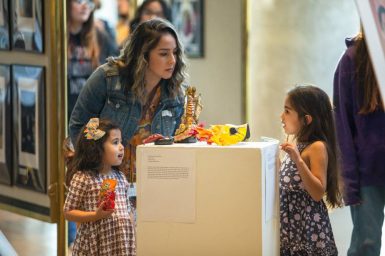 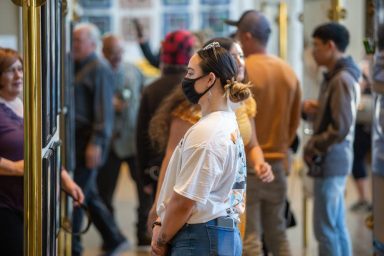 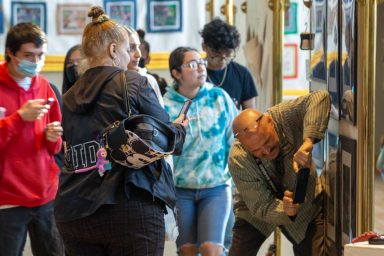 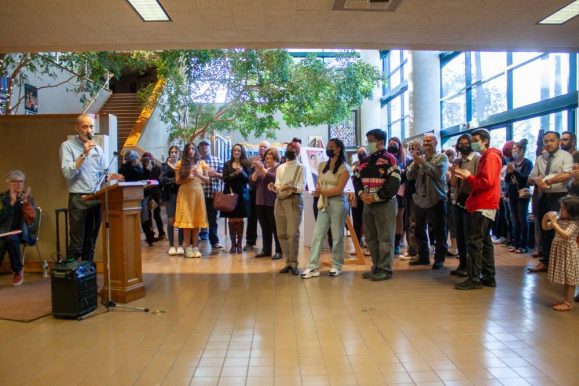 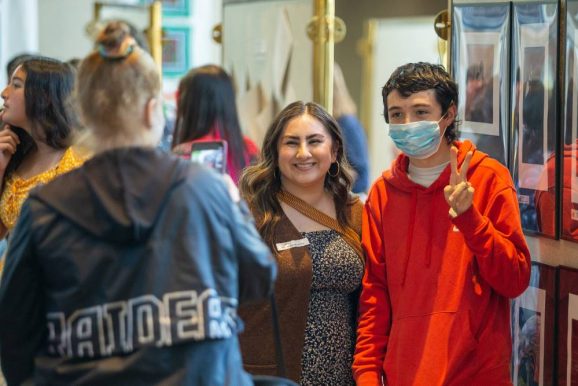 As part of the program, local artist Eddie O. Rodriguez spoke to the collection of young artists who were present at the reception.

The artist told the story of his own artistic journey that started in San Francisco before making his way to Abu Dhabi in the United Arab Emirates to teach for two years, and then returning stateside in Los Angeles and settling into life in the Central Valley.

“I was amazed by the size of the town and the number of creative people that there are here,” he said, encouraging the students to continue their own journey and letting them know that they are not alone. “If you get incorporated into the art community, you can’t walk a block down Main Street without running into artists.”