Some Friendly Exotic Pets In This Neck Of The Valley 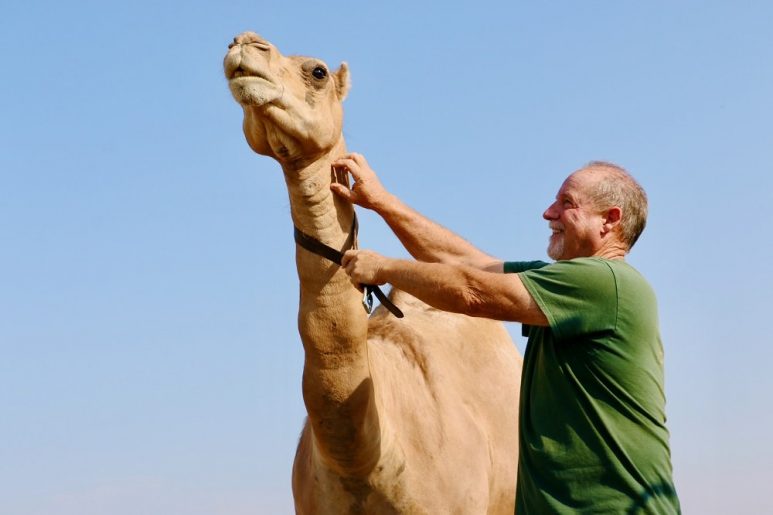 Lloyd Pareira with one of his favorite animals, a camel, at his ranch on the way to Snelling. 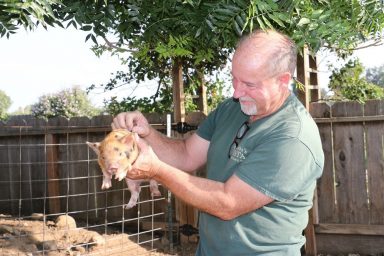 Even the piglets get gentle loving attention from Pareira. 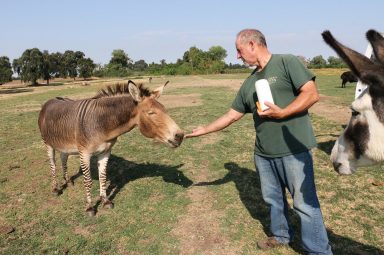 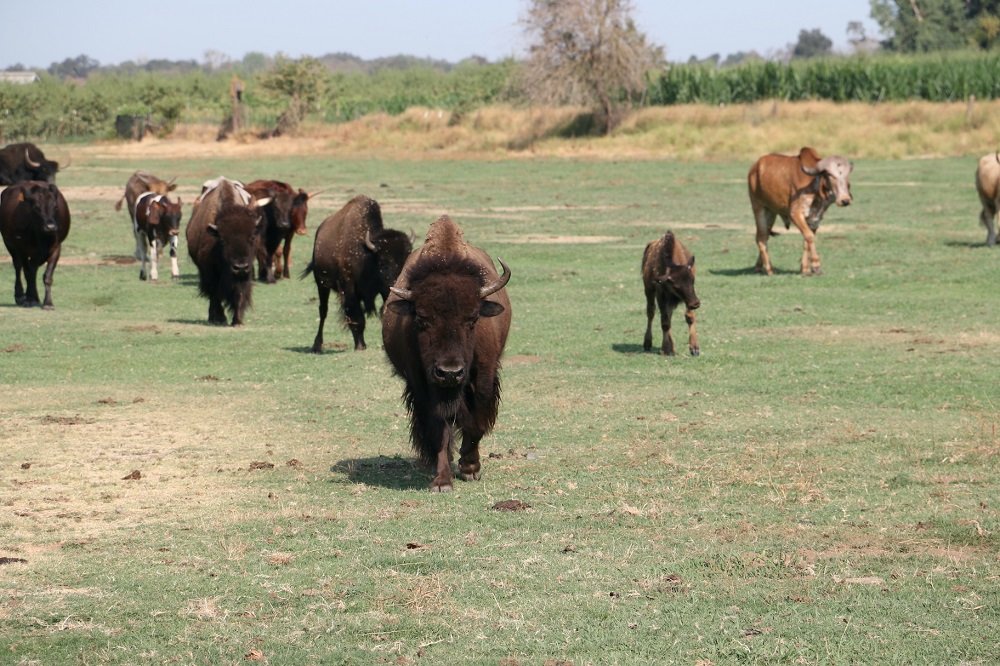 There are five bison left on the Pareira ranch along with 44 heads of cattle in a variety of different breeds, and a yak named Yakitty.

If you have been to a few annual community events — such as the Hilmar Dairy Festival or the Christmas Musical at the Christian Life Center — you surely noticed a few camels on display, and maybe wondered where they came from.

Well, it’s quite likely they came from Lloyd Pareira’s ranch.

Most local residents know Pareira as the dairy farmer turned County Supervisor after he successfully ran for office in 2016. But some people may be surprised to learn that Pareira continues to manage a 500-acre ranch just off Highway 59, halfway between Merced and Snelling, and it’s home to all kinds of animals, including large exotic pets.

There’s a yak, an emu, a couple of Zedonks, a few bison, and seven camels among a variety of more common Valley animals such as sheep, cattle, pigs, chickens, turkeys and pigeons. There’s also “Scrappy” the cat that keeps everything in check.

Pareira says the camels are his favorite pets. They include a bull, a baby gilding, and five lovely ladies.

“They are very friendly,” Pareira says. “They each cost about a $150 a month to feed. Less expensive than a horse.”

Pareira also breeds and sells the camels, and they mostly go to horse owners who have the space and resources to care for them. The price? Anywhere from $5,000 to $10,000, depending on age and gender.

They come with some interesting traits. Did you know that the Arabian dromedary single-humped camel can drink up to 30 gallons of water in 10 minutes?

They also have two sets of eye lashes.

And they can produce milk and diary products too.

Camels can live up to 30 to 40 years, and sometimes longer. They are curious, intelligent — and despite their tainted reputation as spitters — they can be incredibly nice to people.

Pareira’s family has lived in the Central Valley since 1918. His ranch is in the river bottom. He has been a farmer all his life. He grew up in the Hopeton area near Snelling. He graduated from Merced College with an A.S. in animal science, and then went on to further his studies at Cal Poly San Luis Obispo, earning a B.S. in dairy science.

Pareira, and wife Babette, have been married for 27 years, and they have four grown children. As a father, Pareira was very involved in raising his children, along with tending to his own dairy farm.

These days, he rents out about 360 acres of his ranch to a corn farmer and dedicates about 20 acres to his home, a brook and his pet animals. Most of his time has pivoted to serving the community.

He is also involved in setting forth business opportunities to create jobs and grow economic prosperity within the county and particularly for his District 4 that includes Ballico, Gustine, Cressey, Delhi, Hilmar, Snelling, Stevinson, Winton, and portions of Atwater.

At 58, Pareira shows no signs of slowing down, and in fact seems more committed as ever to improving the quality of life in Merced County and beyond.

And if that also means showing off a few friendly camels at a community event or a school classroom every once in a while, then so be it. He’s more than happy to share his love of animals.