Some car inventions were embraced, others not so much 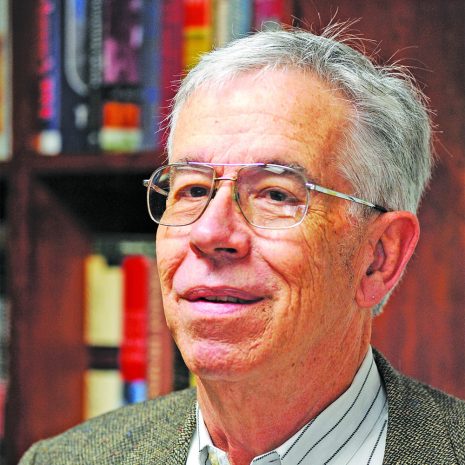 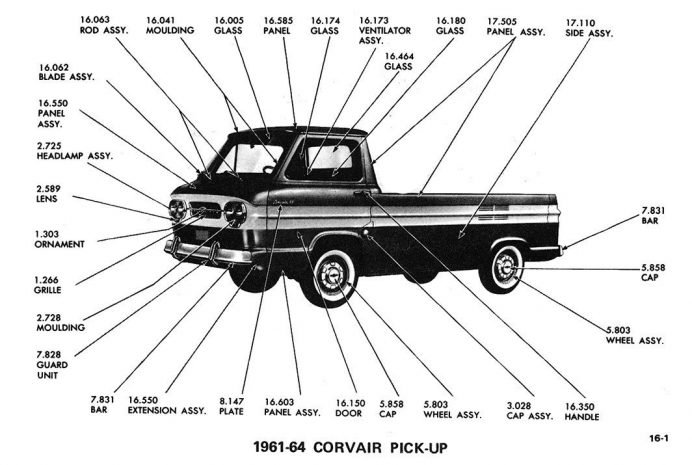 In the late 1950s and into the 1960s American automakers put out some innovative, groundbreaking cars. They were vastly different from anything else, whether it was their looks or function. Some of these advancements took hold, while others soon were forgotten.

Far be it for me to judge whether these unusual cars and trucks were successful. But they are part of the colorful history of American transportation.

About 1960 Ford put out its Econoline trucks, either in an open configuration or in enclosed vans. The first Econolines had character and style, mixed with some frugality and practicality. Collectors really want the earlier ones if they somehow survived the rigors of their first owners. Merchants could use them but so could everyday motorists.

Along those lines, the Chevrolet Corvair Greenbrier pickups introduced in 1961 had the same Econoline vibe. They too had the open pickup beds, with a stepdown side gate to offload cargo called the Rampside. And they had station wagon-like interiors that would accommodate an entire family.

Greenbriers were only produced until 1965 while the Corvair hardtops and convertibles lasted four more years.

Chevrolet’s first compact, the Corvair, had some unique features such as its flat-six air-cooled engine mounted in the back with the trunk up front. In the interior there was no customary transmission hump and the early four-door sedans had a unique flat-top roof design that many General Motors cars of that time shared.

Another very innovative design was Ford Motor Company’s retractable hardtops which were used in 1957-59  on the big Fords, called the Skyliners. The hardtops would fold up and retract into the trunk compartment. It was a very intricate and involved mechanical operation with miles of wiring to support it.

America’s luxury automobiles, namely Cadillacs and Lincolns, offered convertibles. The late 1960s Lincoln Continental convertible four-doors also had a mechanism where the top retracted into the trunk. Plus the rear doors opened opposite to the fronts in so-called suicide-style. They are good for a parade or impromptu cruising to get an ice cream or to enjoy the fresh air.

You would have to reward innovation points to both Ford and GM for their gentlemanly car-pickups, the Ranchero and the El Camino. Those who needed to do a little bit of light hauling had the cargo bed along with the customary car features from the cab on forward. Both Ranchero and El Camino models were continued for several decades.

Studebaker got into the act, too, with its Wagonnaire station wagons. These wagons in the early to mid-1960s featured a sliding top opening at the back of the car so someone could haul something like a tall shrub from the nursery or some other bulky vertical objects in them. But this quirky difference lasted only until Studebaker went out of business in 1966 and was not carried forward by anyone else.

Speaking of Studebaker, its Avanti coupe certainly qualifies as unusual. The fiberglass-bodied four-seaters were only produced in 1963-64 but other smaller manufacturers took them over and produced them until about 1980. They had significant V-8 power and groundbreaking styling not duplicated by anybody else.

Ford got plenty of attention and considerable criticism for its 1958-60 Edsel, which I think is largely undeserved. What threw everybody off, of course, was the unusual “horse collar grille” and batwing-type tailfins and taillights. I would snap up an Edsel in an instant. Ford lost many millions on the Edsel, due to poor product planning, a shifting consumer market and poor quality control.

American Motors also produced a number of innovative products in the 1950s and 1960s when it was trying to survive against the Big Three automakers. The little English-made Nash Metropolitans had respectable numbers and are prized possessions these days.

At the time American automakers were letting the foreign companies dominate the two-seat sports car market but the collaboration with the English firm Austin produced landmark cars. Drivers in Merced had several of those cute Metropolitans a few years ago.

American Motors, later known as AMC, also produced the Marlin fastback in 1965-67 with its sweeping fastback roofline. The Marlin could be obtained with snappy V-8 horsepower or frugal Rambler six-cylinder powerplants. A number of American automakers have used the sloping fastback-style of roofs since that time.

One car that has been growing on me in recent years is the AMX, a single-seat fastback powered by a 390 cubic-inch V-8 engine. Designed as a competitor against Mustang, the AMX didn’t enjoy the production numbers that Mustang developed. But the AMX certainly is a coveted muscle car these days.

A full decade before Detroit introduced its compact cars, the Henry J was born, a product of Kaiser. An offshoot of the Henry J also was sold at Sears stores and was known as the Allstate. Introduced around 1950, the compact Henry J two-door sedan only lasted a couple of years.

If there were Academy Awards for automotive innovation, Oldsmobile certainly would get the top prize. Starting in 1964, Olds produced its Vistacruiser station wagons which had clear glass panels running along the roofline. It was like the glitzy passenger observation cars that the railroads used on their long-distance trains. Buick offered the same open top cruising feature with its Special station wagons about the same time, so they would get an Oscar for best supporting role.

Somewhat out of the mainstream was the Oldsmobile Toronado which made its debut in 1966 and continued until 1992. The Toronado was one of the first front-wheel-drive cars and that technology became proven and continues to this day.

Some loyalists may bristle, but the Corvette might have been looked upon as an innovative groundbreaking product when it was introduced. It was launched in 1953 as a two-seat, fiberglass sports car. The Ford Thunderbird started the same way, too, but morphed into a full-size personal luxury car and the sporty vibe was lost.

In its first two years, the Corvette only came with a six-cylinder engine. But when V-8 engines were offered in Corvette, the brand took off and has continued every year since then. The newest Corvettes now have a mid-engine drivetrain and a waiting list of eager, prospective owners.

One last extra-innovative automobile comes to mind: the mid-1930s Chrysler Airflow sedan. The Airflow is known mostly for its sweeping waterfall-style grille and flowing Art Deco body lines along with pioneering unibody construction. Way back when, like the Edsel two decades later, the buying public didn’t take to Airflows.

This just illustrates how innovations in automobiles sometimes are welcomed and embraced, maybe modified into more acceptable forms later on or just relegated to obscurity.

Despite some concerns, there’s no doubt: Convertibles are fun!