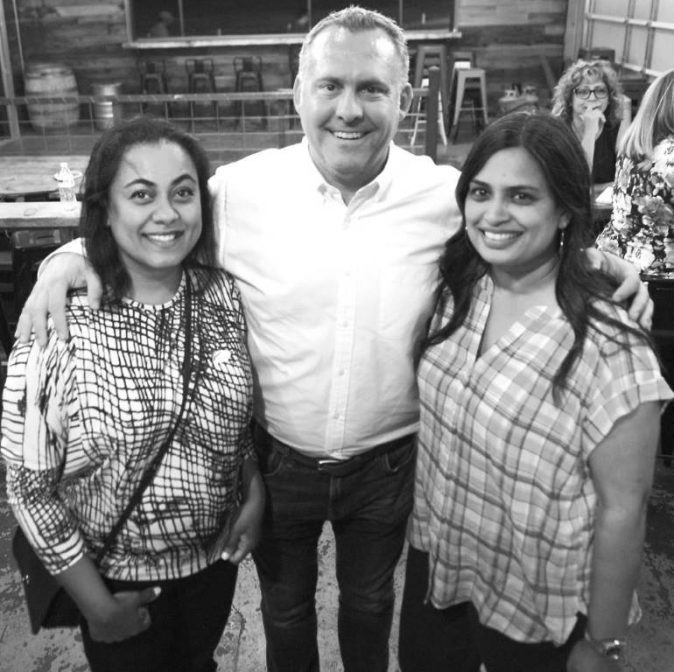 Adam Gray celebrates with supporters during his Election Night watch party inside the Tarmac at Castle. 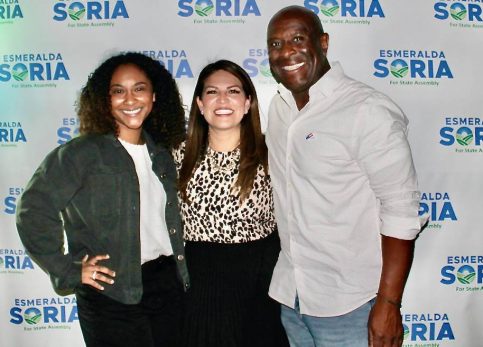 Esmeralda Soria with supporters during an Election Night party in Merced. 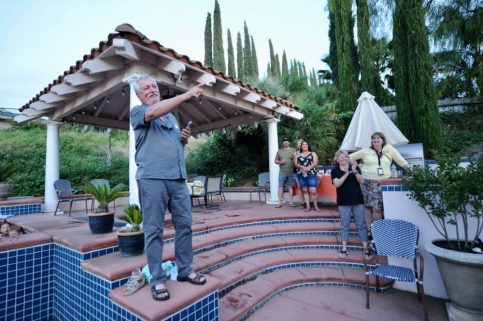 Steve Tietjen, the Merced County Superintendent of Schools, gives an impromptu victory speech to supporters in the backyard patio of his home after election results were revealed on Tuesday night. 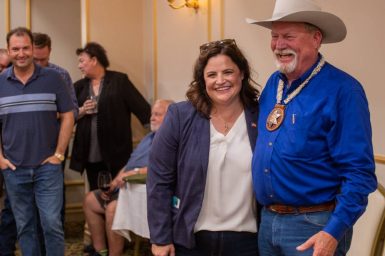 Nicole Silveira celebrates with Sheriff Vern Warnke at the Branding Iron Restaurant in Merced after the first election results are revealed on Tuesday night. 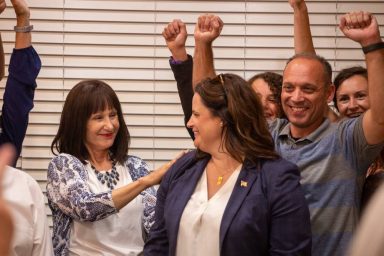 Nicole Silveira celebrates with family and supporters on election night. 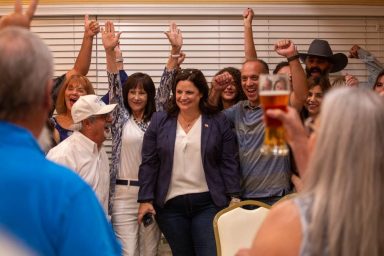 Nicole Silveira celebrates with family and supporters on election night.

Prosecutor Nicole Silveira is poised to take the top seat at the Merced County District Attorney’s Office after gaining an impressive lead in the vote tally on election night Tuesday.

“I feel blessed and I feel so humbled by the support of the people that worked so hard on this campaign,” Silveira said as supporters celebrated in a packed banquet room of the Branding Iron Restaurant in downtown Merced.

Many raised their hands in the air and cheered. Among them was a smiling Sheriff Vern Warnke, who enthusiastically supported Silveira over Kimberly Helms Lewis, the incumbent district attorney. Lewis — the first woman ever to hold the top DA’s position in Merced County — was seeking her first re-election after one term in office.

Silveira is already looking forward to her new role, telling the Times on Tuesday night that she wants to get the DA’s Office in “really good organizational status.”

“I think we need to have a couple of assignment changes and really hear from our staff members,” she said. “I think that is one of the things that has been lacking in the last couple of years. I’m excited to get a community prosecutor who is going to engage with the community and work with law enforcement and focus on Ag Crime and bring that program back to life. … I think we need to make sure that it is handled consistently in our office and make sure we strengthen our core partnership with the Sheriff’s Office, and I think working together and having consistency with those assignments will really bear out in a way that we can handle those crimes.”

Silveira added that a new community prosecutor would also serve as a liaison, and would attend chamber meetings and other community events to engage with residents and provide them with a direct line to the District Attorney’s Office.

With a beautiful sunset in north Merced as a backdrop, Superintendent Steve Tietjen stood up on a platform in his backyard patio and thanked a crowd of supporters after early results on Election Night showed he was well ahead of his opponent.

Tietjen is on his way toward re-election as the county’s Superintendent of Schools after his first four-year term in office.

“The support I have received is a clear indicator of the hard work and success our team at the Merced County Office of Education has experienced over the past four years, and this includes the challenges of the COVID-19 pandemic,” Tietjen told the Times. “We were able to overcome challenges and adversity, reopen our schools, and safely get our children back in classrooms. And today the Office of Education is moving forward with more opportunities for students to thrive.”

The District Attorney and Superintendent of Schools races were the top contested races with regard to county leadership. Sheriff Vern Warnke, County Supervisors Daron McDaniel and Scott Silveira, Tax Collector Karen Adams, County Assessor Matt May and Auditor-Controller Lisa Cardello-Presto all ran unopposed and were reelected by more than 95 percent of the vote.

Merced River School District’s Measure T failed to received the 55 percent support it needed to pass, according to initial results. “Yes” votes accounted for 23.53 percent of the vote compared to 76.47 percent voting “No.”

According to the Registrar of Voters website, roughly 58.6 percent of the votes have been counted in the election. So far, it’s been recorded that 14,131 votes were cast for the 123,894 registered voters in Merced County, according to the Registrar of Voters website.  As of Wednesday morning, it was too early to tell what Merced County’s final voter turnout was for the 2022 election — it was hanging at 11.41 percent with 163 of the 278 precincts reporting.